We will ‘act as things happen’ over rising energy bills, says Treasury minister 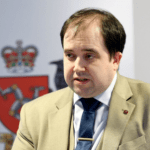 The Treasury Minister says the government will ’act as things happen’ when it comes to energy price increases.

With these rising costs, Treasury Minister David Ashford was asked if there was any provision for this in the Budget, delivered this week.

He said: ’We have contingency plans around inflation. If the departments are starting to see major impacts themselves then we would have to look at how we would support them.

’If you’re looking at individuals, the way we’ve done it at the moment is through the winter fuel allowance. We haven’t gone down the UK route, which is basically loaning the money, saying “have it now, pay later”. We’ve decided to do direct support for those that are most vulnerable.

’What we have in place now should cover the increase of energy.

’We’ve taken the approach, certainly when it comes to individuals, that we believe the best approach is we target those most affected.’

He said that the government would be ’acting as things happen’ rather than including support in the Budget.

Mr Ashford added: ’With the way the energy market’s been I think it would be a very brave person who set out an energy strategy for the next 12 months and said “this is our strategy and this is what we are sticking to right through the financial year”.

’We have always in the island done a very targeted approach, we’ve responded to where we believe the need is. We did this with the business support schemes.

’I think that’s the best way to do it. As things happen we respond we help those most affected.’

Manx Gas asked for another price increase in December just two months after Tynwald agreed to support the 27.5% rise.

It said at the time it was struggling to maintain profits, with wholesale gas costs at an unprecedented high. But the regulator rejected the request.

Meanwhile, Manx Gas customers are now set to receive a £58 rebate on their bills in the ’coming weeks’.

This is as a result of the government adjusting loans with Manx Utilities, which then charges Manx Gas.

A binding contractual agreement has now been signed between Manx Gas and Manx Utilities, which requires the £1.4 million savings to be passed on to customers in full, with each one receiving £58.

Rebates will be received by all domestic and business customers which have used more than zero units in the prior 12 months.

Cabinet Office Minister Kate Lord-Brennan MHK said: ’Isle of Man Government has settled a way to deliver a rebate to gas customers, a commitment which was established during discussions in 2020. Now finalised, Manx Gas has confirmed that the rebate will appear on gas customers’ bills imminently.’

Manx Utilities chairman Rob Callister MHK added: ’It is a very difficult time for many, particularly in relation to the energy crisis, and I hope this provides an element of comfort for those in difficulties.’