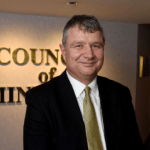 Manx Gas will be given notice at the end of this month to end its controversial regulatory deal with government.

The move came following a motion tabled by ousted minister Chris Thomas who was unsuccessful in getting a new voluntary agreement after more than 12 months of negotiations.

Mr Thomas, who was sacked as Policy and Reform Minister, said time had run out for a deal. ’Let’s just do it – vote to give notice, vote to put in place better regulation,’ he told Tynwald.

His motion was amended by Infrastructure Minister Ray Harmer who said he could understand the frustrations of the public over the time it has taken. ’Enough is enough,’ he said.

Mr Harmer said we either need to enter into a new voluntary agreement or move to bring in legislation.

He said: ’Notice will be given to the company at the end of June on the existing agreement. If a new voluntary agreement is reached it will be backdated to January, If not, legislation will be introduced to cover gas regulation.’

Mr Harmer said CoMin will bring to the July Tynwald either the heads of terms for a new voluntary agreement or a timetable for the introduction of primary legislation in relation to gas regulation.

Manx Gas said it welcomed the decision to serve notice on the current voluntary agreement and to give a deadline for negotiations for a new deal.

Under a regulatory agreement signed by the government in 2015, Manx Gas is guaranteed a 9.99% return on capital employed.

A Chief Minister’s committee report published last year concluded that figure was too high – and a new voluntary regulatory agreement should be ’urgently negotiated’.

Mr Thomas, who was dismissed after voting against the government on emergency planning regulations, said: ’Government has been negotiating with Manx Gas for over a year. That’s time enough.

’Now better regulation needs to be imposed including a significantly lower rate of return for Manx Gas than the current rate of 9.99% and lower pricing than would otherwise be the case.’

But in Tynwald there was criticism of the role he played in the talks.

Chief Minister Howard Quayle said he had told Mr Thomas on a number of occasions ’in exasperation’ that if he could not get a deal, he would give notice to terminate the agreement. ’Which is exactly where we are today,’ he said.

Rob Callister (Onchan), seconded Mr Thomas’s motion but said it would be wrong to portray him as some kind of Robin Hood figure.

’Fagin Thomas has allowed Manx Gas to pick the pockets of customers for 14 months,’ he said.

Manx Gas managing director Ian Plenderleith said: ’We welcome the decision in Tynwald, which gives a concrete deadline for negotiations to be concluded.

’On Monday we sent the government a much improved proposal for a best practice voluntary regulatory agreement that meets with all of the conclusions laid out in the review committee’s report and offers significant future bill reductions to our customers, on top of the 23% reduction in real terms we have already delivered over the last five years.

’We look forward to working with the government over the next few weeks to finalise a new voluntary agreement that can be brought to Tynwald in July.’

Mr Harmer’s amendment was carried overwhelmingly in Tynwald with only one vote against, and the amended motion was voted through unanimously.