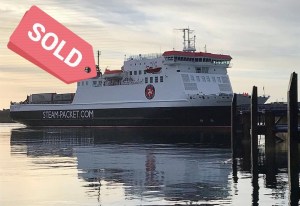 Firstly, I wish to congratulate the Treasury Minister for his excellent opening remarks on such an important motion.

I also want to make some comments on the background to the situation we find ourselves in today, as well as ask for some reassurance on certain points by the Treasury Minister, before I finally decide how I will be voting on this Motion and its Recommendations before us today…..

Prior to 1985, the outlook for Isle of Man Sea Services – at that time under two shipping operators, the Manxline and the Steam Packet Company – seemed pretty bleak, but fortunes changed when the two Companies merged in 1985 and proper investment began to be made in the infrastructure.

However, the Government of the day still had very little influence over the frequency of sailings or the quality of service, nor any say or input in respect of the fares – that rested entirely with the Company.

Mr. President – ten years later, in July 1995, this Honourable Court debated a Motion brought by the Department of Transport, in order to enter into the Licence Agreement in respect of using the Department’s Linkbridge in the Douglas Harbour.

It was an incredibly bold move but the Isle of Man Government at that time could no longer rely entirely on the goodwill of the Company.

The Licence Agreement put in place in 1995 finally gave the Isle of Man Government influence and input in respect of Quality of Service, Standard Fares or Special Offer Fares, Freight Capacity and Frequency of Services.

It also gave the people of this island long-term stability in our Sea Services, which we have all enjoyed for many years.

But this has all come at a heavy financial price for the people of this island……..

The Licence Agreement or User Agreement dated 1995 did create a monopoly and it guaranteed control of one of our most important lifelines for an initial period of ten years with an option for a further five year period.

I do not criticise Tynwald Members at that time, as the User Agreement in 1995 was debated in this Honourable Court at length, and it has given businesses and the people of this island that level of stability that we required.

However, I do have to seriously question how the User Agreement was allowed to be extended in February 2002, by way of a simple statement read out in this Honourable Court by the then Minister for Transport, which extended the User Agreement until September 2010 in exchange for a guaranteed number of discounted seats at a special rate, freight also increased to 7,000 meters, along with the number of sailing to the North West Ports.

The User Agreement was further extended by way of an Agreement dated 21st December 2004, which again extended the terms of the Agreement until 2020 with an option for a further six years.

In this Court on 14th December 2004, there was little appetite to discuss the User Agreement in any detail and only a handful of Members actually spoke, which is surprising given the importance and value attached to those agreements.

Unfortunately, the potential value attached to those extensions meant that the User Agreement guaranteed the maximum level of control, income and cash flow until 2026, and for that reason it set the Isle of Man Steam Packet on a course of having its assets stripped and a Company traded like an expensive second-hand car by its beneficial owners….

Those words, Mr. President, should not been seen as criticism of the Management or the Staff at the Steam Packet Company, who have operated and managed the Company at an incredible level for many years and turned the fortunes of the Company around since the 1980s, despite the difficulties and pressures applied over the years.

I think we are also aware of the Political pressures that the Isle of Man Steam Packet Company and its owners could apply between now and 2026, including restricting inbound freight capacity per week, the loss of the Arrow during the TT fortnight, only offering 250,000 seats as Special Offer Fares, restricting the number of sailings per annum and running the business for cash for the next eight and half years.

However, I have seen no change in the character or behaviour of the Steam Packet Company, its Management or its Owners since they published their “Terms of Offer” in March 2017 and their “Vision for the Future of Isle of Man Sea Services” in July 2017.

I am not questioning the value of the Company in 2018 as the Treasury Minister has already outlined, especially taking into account projected cash flow forecasts and the cash in the bank etc, but I am certainly questioning the timing.

The actual value of the Company is not in the ships that will need to be replaced in 5 to 10 years’ time or any remaining assets, but actually in the User Agreement and the Monopoly controls that this Court put in place in 1995, which was then extended on two occasions.

Unfortunately, we have now shown our hand and we have little option but to seize the moment to take control of our Douglas Harbour once again, its Link-Spans and to secure long term jobs under Isle of Man Terms and Conditions and remove the uncertainty as outlined by the Treasury Minister.

The Chief Minister described this announcement as a once-in-a-generation opportunity and I certainly do not disagree with that statement.

We also have the opportunity to put in place a User Agreement that is fit for purpose in the 21st Century and for an island population that likes to travel and an island ready to be explored by our visitors.

The Isle of Man Steam Packet is a successful business with excellent cash flow and profits thanks in part to the User Agreement.

I look forward to debating the new User Agreement on the floor of this Court within the next 12 months, and I thank the Treasury Minister for giving me that reassurance in his opening remarks.

Could I also ask the Treasury Minister if the proposed tri-annual review of the User Agreement will actually take place in this Honourable Court?

The Minister has also stated that the Isle of Man Steam Packet Company would be run at arm’s length of Government and with no political influence, which I fully support, but will the Treasury Minister give reassurance that the Steam Packet under Government ownership will not be able to make the same mistakes that happened in the Manx Electricity Authority a few years ago, with regards to unauthorised loans, etc?

If I receive that reassurance from the Minister, then I will be voting in favour of the motion.