Rob Callister: ‘no details or evidence’ of alleged failings 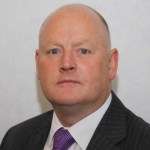 No ‘details or evidence’ have been provided to the former Health Minister of his alleged failings.

That’s according to Rob Callister, who has provided a further update following his sacking this week.

He says he still feels the  ‘unfairness and unjustness’ of the situation, especially as he wasn’t given the support or opportunity to resolve issues within the department.

Mr Callister also claims that political members of his department gave the Chief Minister an ultimatum, which left him choosing between them or the minister.

He added that he is ‘keen to draw a line under these unfortunate events as quickly as possible.’