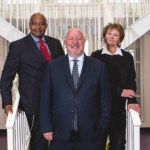 After the final episode of the documentary about the island’s prison, the Manx Independent contacted all Tynwald members to seek their views.

The Best Little Prison in Britain? has proved controversial with the island’s prison described as ’cushy’ in the UK press.

However, recent announcements in the UK regarding changes to parole rules suggest that the British government has taken some lessons from governor Bob McColm and his officers.

Of the politicians we contacted last week, only nine had got back to us by our deadline yesterday. Eight were MHKs, one an MLC.

A member who has had a lot to say about the documentary is Arbory Castletown and Malew MHK Jason Moorhouse. He asked 19 Tynwald questions for written answer last month.

Mr Moorhouse said that following meetings with the Department of Home Affairs and Mr McColm, ’there was quite clearly a mismatch between what they wanted to achieve and what was portrayed on the television’.

He added: ’There appears to have been an expectation that ITV would produce a documentary-style programme focusing on rehabilitation, but ITV really wanted a light entertainment programme for a prime time slot, that would be a natural successor to Love Island.

’At the meeting I asked why an independent programme had not been commissioned if the focus was to be on rehabilitation. If it had, then the benefits and success stories could be clearly shown to a wide audience in a controlled manner. This option did not appear to have been considered.’

Mr Moorhouse also raised issues regarding how the series displayed criminals, what concern was given to the victims of their crimes and why the camera crew was given total access to the prison which he believes means that ’security could be compromised by what was shown’.

And he added: ’It was quite clear that several statements included in the programme bring into question the nature of the island’s judicial system. These assumptions will now remain unchallenged.

’I must make it clear, I have not asked for censorship at any point merely a balanced programme that does not damage the island’s judicial system. This could potentially have a negative impact on the possibility of people getting a fair trial now and in the future. It is possible the ’cult of celebrity’ will now affect justice on the island.’

Mr Moorhouse was also successful in getting ITV to have a voiceover played on top of the credits of the series finale for the charity Victim Support.

Middle MHK Bill Shimmins said he too was concerned that the show ’has turned local criminals into media personalities’.

He added: ’This is in some ways understandable as the show was in a prime slot and it also seeks to provide entertainment.

’However, this is of little comfort to the victims of these criminals who have had to endure the perpetrators appearing on national television and enjoying the limelight.

’This is regrettable as I believe we have a duty of care of victims of crime and I hope this will not be repeated.’

Douglas East MHK Chris Robertshaw said his opinion on the show was ’very straightforward’. He said: ’A series like this is essentially intended as an entertainment rather than a serious documentary but in either case it would not be possible nor appropriate for government to control or heavily influence content.

’On that basis alone I would be reticent to allow such a set of programmes to go ahead. I have not watched any of the programmes – nor will I. In summary – not a good idea.’

His constituency colleague Clare Barber (*Ã©e Bettison) said that she believes ’we should be incredibly proud of what our prison and probation service strives to achieve, in encouraging prisoners to change their behaviours and reform their lives’.

Mrs Barber added: ’We see offenders giving back to their community through maintenance of village halls, restoration of poppy collection boxes, up cycling of furniture for hospice to sell, litter picking after events and many more community activities.

’Trusted prisoners are also allowed to reintegrate into the workplace while completing their sentence following thorough risk assessment. When you have so much positive work going on, I think it is a shame not to tell people about it.

’The UK press coverage I have seen, since the programme commenced, has predominantly focused on the importance of education in prisons and the benefits of discretionary parole over automatic parole – these are things that Isle of Man prison and probation service have in place and are key to the aim of reducing re-offending.’

Ralph Peake, MHK for Douglas North, agreed with many others’ comments that the series was more entertainment than a documentary.

He said: ’Having watched a couple of shows, the comedy background music and voiceover, masks the serious and positive message about rehabilitation, education and building self-esteem.

’It appears the aim of the editor is to promote entertainment at all costs and therefore not a show I would want to watch again.’

Onchan MHK Rob Callister said he had watched some of the series and ’wasn’t impressed with the manner in which the Isle of Man Prison service was being portrayed’.

He added: ’I fully acknowledge that the intention of the programme is for entertainment rather than a serious documentary about the Isle of Man Prison Service.

’However, rightly or wrongly, the ITV programme shows the Isle of Man Prison as a “soft option”, which is extremely disappointing especially when our island sends out a very strong message relating to the importation of drugs, which normally carries lengthier sentences than our counterparts in the UK.

’As an ex-member of the Independent Monitoring Board (IMB) for young offenders, I don’t believe the programme highlights some of the excellent work undertaken in relation to rehabilitation of offenders, education or by the IMB at the prison.

’Although the programme has some great scenery of the Isle of Man, I still have to question what the programme was actually trying to achieve.’

Ramsey MHK Dr Alex Allinson said that the decision to make the show was ’taken at department level’ and it was seen as a way of ’promoting the progressive policies and attitudes of the prison and probation service who work incredibly hard to deal with those found guilty of criminal offences and encourages rehabilitation to reduce re-offending rates’.

He added: ’I believe that the Isle of Man Government tries to engage openly with any media organisation, whether they are on or off the island but each request needs to be considered on its merits.’

Douglas Central MHK Chris Thomas did respond, but only to say he had no particular comment to make.

Due to a mistake, Liberal Vannin leader Kate Beecroft MHK was not contacted until it was too late to give her a chance to respond. We’d like to apologise to Mrs Beecroft for this.