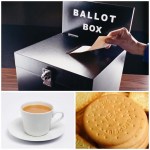 First of all, I must thank the Committee for agreeing to hear my evidence this morning.

I must also start by putting on record that I felt that the 2016 House Keys General Election held in the constituency of Onchan was extremely well organised. In my opinion, the Returning Officer Mr Jeremy Callin and his staff showed an excellent level of professionalism to all Candidates throughout the election process.

The same level of professionalism was also applied by Mr Callin when submitting my nomination form, any questions I raised throughout the Election process and during the Count itself. I felt the Election Day ran very smoothly and I didn’t encounter any issues on the polling stations, unlike my previous local election in 2011.

I must also put on record my sincere thanks to the previous witness, Mr Niall Carey and all the staff of the Isle of Man Post Office, who did everything possible to ensure that my Election Manifesto was delivered on time, especially when I discovered that each one of my Manifestos was slightly overweight due to a serious printing error – a mistake I identified myself, having read the Guidance Notes before entering the election.

A mistake that cost me an extra £2,100 in postage charges, which was on top of the 45p allocated for each household In Onchan.

Looking at the election itself, Mr Chairman…

For a new Candidate standing in the 2016 House of Keys General Election, I certainly found the whole election process extremely difficult at times, and there were certainly a few occasions when I felt absolutely alone, especially when I was seeking advice and guidance from government officials.

Having advertised a public meeting during the Election Campaign, at which I was offering tea and biscuits to Constituents, your Committee Member Mr Martyn Perkins, MHK contacted me with regard to Section 35 of the Representation of the People Act 1995 re. “Treating” – better known these days as “Biscuit-Gate”.

Having read the Act before the Election I didn’t have a major concern, but to be 100% certain I contacted the Cabinet Office on 1st September 2016 to obtain a ruling.

I will say at this point that on each occasion that I contacted the Cabinet Office, I found the staff extremely polite, responsive and helpful wherever possible.

However, on 2nd September 2016 I received a response from the Cabinet Office stating that I should seek my own legal advice as to whether serving a cup of tea and a biscuit resulted in a breach of the relevant Act, which could have resulted in a fine or imprisonment for both me and my constituents.

This resulted in additional legal costs which counted towards my own election expenses and seemed completely unnecessary, in my opinion.

Someone within the Cabinet Office or the AG’s Chambers should have been able to answer any questions relating to the Election Process and Rules, in order to fully assist Election Candidates standing for the House of Keys, which is already an extremely stressful time for Candidates.

I also remember that when I enquired about the new boundary maps, these were not available, which certainly delayed my election campaign starting by a few days.

Finally Mr Chairman, it may be slightly outside the remit of this Committee, but it would be wrong of me if I did not highlight the confusion, anger and disappointment felt by many Onchan residents, before, during and after the General Election in September 2016.

There are around 9,270 residents within the Onchan Village, Parish and the surrounding areas, and many Onchan residents remain extremely disappointed and angry that within our Village, our Parish and our Community we were asked to cast our votes in three different Constituencies (Douglas North, Garff and Onchan) for the 2016 House of Keys General Election.

There was little or no consideration of Onchan’s sense of community, just simply an exercise prior to the election to ensure that Onchan fitted within a Boundary Committee’s recommendation.

Residents of the same street in the village were asked to vote in a different constituency and for candidates with little knowledge of local concerns and the core issues within the heart of Onchan. That, Mr. Chairman, remains extremely disappointing.

Given the fact that the 2016 Election was held under the new Boundaries, I certainly felt that the communication prior to the election with Onchan residents having to cast their vote in Douglas North or in Garff was extremely poor and something the Cabinet Office may wish to consider further for future elections.

Fortunately Mr. Chairman, at this moment in time Onchan, Garff and Douglas North have six excellent MHKs who work very closely together. This is especially true in Garff and Onchan, where the four MHKs together attend meetings with Onchan Commissioners which ensures that all Community and National concerns involving the majority of Onchan residents are addressed collectively.

Having followed the whole election process, I feel that some of the new Constituencies are far too big in terms of area and I hope that this might be tweaked prior to the 2021 election.

Given the number of residents that actually live within Onchan and its boundary, I still feel that the people of Onchan should have been allowed to elect three MHKs to the House of Keys in September 2016.