One in five healthcare jobs on Island currently vacant 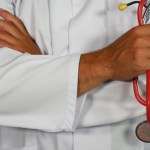 One in every five Manx Care positions remains vacant.

That’s according to the new health and social care minister.

Rob Callister has identified recruitment as one of the main challenges he wants to overcome.

He told Manx Radio it’s an issue being faced elsewhere as well but he believes good steps are being made to change the situation: