Rate to increase by 3.2% for most vehicles next month

Tynwald voted in favour of a move from Infrastructure Minister Ray Harmer this afternoon, with just MHKs Clare Barber, Lawrie Hooper and Rob Callister voting against it.

Under the new measures, all motorbikes will now be charged a flat rate of £25.

Vehicles more than thirty years old will also be charged the same fee.

Mr Harmer said given the rates haven’t gone up in two years, it was effectively 1.6% per year, which is lower than inflation.

Isle of Man passengers ‘held to ransom’ by lack of flights 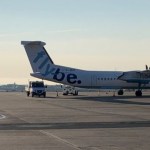 People on the Isle of Man could be “held to ransom” by airlines if flights lost due to Flybe’s collapse are not replaced, an MHK has said.

Rob Callister said while Loganair taking on flights to Liverpool was “fantastic for patient transfers”, it was not “as good” for other people.

The Scottish airline started two daily flights to the city on Thursday.

Mr Callister said reinstating flights to Manchester and Birmingham was needed to “drive pricing down”. 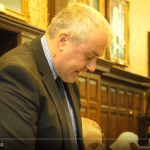 Callister says we can learn from Jersey

“Beware of rising fares” says the MHK who asked the majority of the urgent questions on Flybe this morning.

Five queries were brought before today’s sitting of the House of Keys at short notice.

Rob Callister says despite Loganair coming in to operate the Liverpool route, the loss of Birmingham and Manchester will give the likes of EasyJet a commercial opportunity – and if those routes remain unadopted, it is likely to lead to more expensive travel:

He explained his thinking to John Moss:

Loganair will step in to operate two daily flights between the Isle of Man and Liverpool following the collapse of troubled airline Flybe.

Patients travelling to the UK for hospital appointments would be given “priority” on the flights, Mr Harmer added.

Flybe’s collapse on 5 March saw the loss of 19 return flights a week between the island and Liverpool.

The company also held the patient transfer contract, which saw thousands of people transported to UK hospitals each year for specialised […]

Bumper question paper ahead of House of Keys sitting 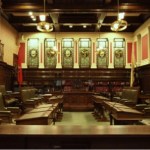 There have been five ‘urgent’ questions added to this morning’s House of Keys agenda at short notice – all relating to the collapse of Flybe.

The sitting starts at ten o’clock this morning, at the Legislative Buildings in Douglas.

Three of those five questions on Flybe come from Onchan MHK Rob Callister, including asking how much money the airline still owes government.

Jason Moorhouse has queries on free school meals, the Island’s Fairtrade status – and of course, Ballasalla Post Office once more.

Lawrie Hooper also has questions for the […]

Flybe: Isle of Man ministers to be quizzed on airline’s collapse

Isle of Man government ministers are braced to face a raft of questions over the collapse of Flybe in the House of Keys.

A total of five urgent questions have been tabled for Tuesday’s sitting.

MHKs will demand to know more about the impact on hospital patient transfers and whether or not the defunct airline owed the Manx government money.

Rob Callister MHK said the public “want answers” about the government’s response to the collapse.

Five ‘urgent’ questions on Flybe in the House of Keys 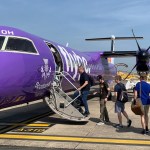 Jersey has “stolen a march” on the IoM, says an MHK

Five questions, labelled ‘urgent’, have been added to the House of Keys agenda tomorrow at short notice.

They are all linked to the demise of regional airline, Flybe, at the back end of last week.

Speaking to Manx Radio, he claims that Jersey has managed to steal a march on the Isle of Man in the wake of the announcement:

For a full recap of all the reaction to Flybe going into administration, […] 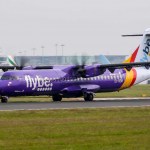 Five urgent questions will be heard in the House of Keys tomorrow over the collapse of Flybe last week.

Onchan MHK Rob Callister has three queries including asking Treasury Minister, Alf Cannan MHK, how much outstanding money is owed to the government from the airline.

He will also ask Health Minister, David Ashford MHK, if he’ll make a statement on the impact the situation will have on the Island’s patient transfer service.

Infrastructure Minister Ray Harmer is refusing to back down on a bus fares policy which means King William’s College pupils pay more than state school students.

There is a flat rate 40p fare for state school students taking an Isle of Man Transport bus, but it does not apply for pupils of the private school on the edge of Castletown.

Mr Harmer was quizzed on this in the House of Keys on Tuesday, by Rob Callister (Onchan).

The minister said there were no plans to change the policy. KWC made its […]