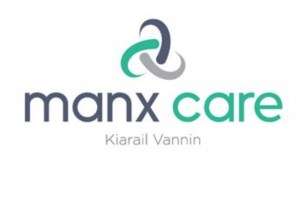 Assessment of health board’s performance to be presented to Tynwald

The former health minister says he’s ‘discouraged’ by the slow progress made by Manx Care.

Rob Callister’s response to the healthcare provider’s annual report was written during his time as minister at the Department of Health and Social Care, and published ahead of January’s Tynwald sitting.

Mr Callister said he was pleased to see the board listening to advice and feedback, and praised the response to the Covid-19 pandemic.

But, he added that it’s difficult to understand the position on waiting times, and has called […] 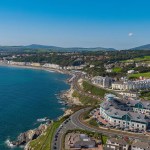 Onchan needs a ‘full review’ into its traffic flow, housing and infrastructure.

That’s the view of MHK Rob Callister who says there was a promise of a so-called ‘Onchan Masterplan’.

It’s something he believes is yet to materialise.

Mr Callister told Manx Radio the plan is ‘triggered’ by population growth – a reference to government’s intention to grow the Island to 100,000 residents by 2035:

Manx Care has to be ‘uniformal’ says MHK 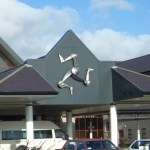 The relationship between Manx Care and the Department of Health and Social Care has to be ‘uniformal’.

That’s from the former health minister Rob Callister who says the health service is likely to be under ‘extreme pressure’ in the next financial year.

The funding model that Manx Care was given states they’re required to save one per cent of its annual budget. 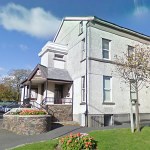 Onchan Commissioners has ‘always’ had problems.

That’s according to one of the area’s MHKs who believes ‘personalities’ within the local authority are largely to blame.

However Rob Callister thinks – since he was a commissioner – they are attempting to change the ‘look’ and ‘feel’ of the village.

But he has this message to those who think the village isn’t up to scratch:

We’re not building a bridge, get over it 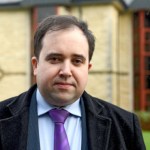 The Infrastructure Minister has reaffirmed his department’s decision not to reintroduce a bridge crossing near the Grandstand.

After the previous bridge was removed following the 2019 TT, the Department of Infrastructure had planned to replace it, before changing its mind and ruling out plans for a new one.

In Keys this week, Chris Thomas was asked about a replacement by David Ashford (Douglas North) and told him it simply wasn’t needed. 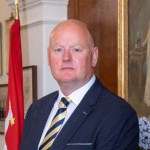 Former health minister Rob Callister MHK has called for clarity from Chief Minister Alfred Cannan about the circumstances of his dismissal.

This comes after Mr Callister released an open letter to his constituents in Onchan, updating them on the situation.

When the Examiner asked him if the Chief Minister would discuss the decision, he said: ‘I’m as in the dark as everyone else.’

In the letter to his constituents, Mr Callister thanked everyone who contacted him over the weekend for their ‘very kind messages of support’. 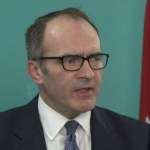 The Chief Minister will refer the sacking of the Health Minister to the Tynwald Standards Committee.

Following calls from backbenchers for an investigation into the events leading up to the dismissal of Rob Callister, Alfred Cannan has confirmed he’ll be asking for the matter to be looked into.

Mr Callister claimed the Chief Minister didn’t show integrity when he raised concerns about issues within his department.

Mr Cannan says there needs to be an investigation: 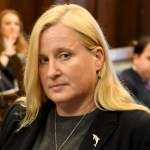 Members of the Department of Health and Social Care have refuted claims made by the former health minister that ‘bullying’ was happening in the department.

Michelle Haywood, Tanya August-Hanson and Joney Faragher said that following an ‘outburst’ made by Rob Callister in the sitting of Tynwald this morning, which involved him accusing the department of bullying, they felt they had to comment.

Their statement read: ‘In light of comments made about our conduct today in Tynwald Court, we feel we have now been forced into commenting […] 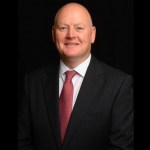 The Isle of Man’s health minister has been sacked after seven weeks in the post.

Mr Callister said the island’s politics “can be extremely difficult and unfair at times” and he had not been given a “fair opportunity” to make changes.

In an open letter to constituents posted online today he says he wasn’t given the support or a genuine opportunity to resolve many of the issues within the department.