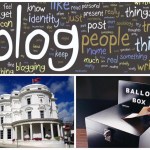 Monday 22nd August
An early start, a wake at 5.30am and up and about for 6am as I needed to drop Ellen off at the boat this morning.

I was in two minds whether to go straight into the office, but in the end I came home and took the opportunity to listen to the first half of Manx Radio’s Mandate programme and check and respond to any e-mails and facebook messages, along with checking all the local media sites before getting into the office for 8.20am.

Worked straight through today, in order to leave the office at 17.20 because of the Manx Grand Prix but I did take the opportunity to order a load of wood in readiness for the winter.

Once home I spoke with Ellen who is currently in Sheffield visiting family, before I was able to get a number of chores completed including housework and cutting the grass.

I also spent 90 minutes continuing to write my speeches but I am unable to get the right tone at the moment, as my mind is still on my manifesto.

Sent out a couple of messages and emails before calling it a day at 21.15.

Tuesday 23rd August
Wide awake at 5.30am, so I read the Isle of Man Examiner online along with the usual local sites.

In the office for 8.10am and after another very busy day I finally got home for 17.45. In the evening I continued to work on several speeches, which I am aiming to get done by Monday or Tuesday next week.

I also listened to several more Manx Radio interviews from potential House of Keys Candidates despite the fact that this week is meant to be downtime to recharge the batteries before the real hard work starts on 1st September and it won’t stop then until 23rd September.

Wednesday 24th August
D-Day for the House of Keys Election nominations, I slept until 7am this morning, which meant I was running slightly later than normal. Just enough time to check all media sites and emails, along with feeding the cat (“Monty”) and ironing a shirt for work as Ellen is still in Sheffield until Friday night.

I actually enjoy ironing and doing my share of the housework, but over the last couple of months Ellen has had to take on more of these tasks so I can fully focus on the election. All candidates need an element of support from family and friends during the campaign, but it is an invaluable part that unfortunately isn’t seen by the public.

At 7.30am I noticed a missed call on my phone, I rang the number back and it was a constituent who has two young adults just about to go to University next month. They were both keen to ensure that their votes are counted at the forthcoming election.

It is fantastic news to hear that some of our school leavers and young adults are so keen to cast their vote at the forthcoming General Election. When I sent out the voters pack later on, I made sure that they were addressed to the individuals and not their dad who called me.

In the office for 8.25am and lunchtime was taken up putting together the voting packs and making several calls. After all the stress of last week calling into Callin Wild and submitting my House of Keys nomination paperwork, I actually forgot the 13.00 cut off for nominations and 14.00 cut off for any objections.

It wasn’t until around 16.00 that I remembered that nominations had closed and that the election for the House of Keys had begun.

After a busy day in the office, I got home for 17.35. I continued to work on the speeches and other election items until 20.00.

Thursday 25th August
So much for sorting out my sleep patterns, wide awake at 1am and 3am before getting up 5.30am.

After speaking to Ellen who is back tomorrow night, I spent most of the evening completing a number of small but important tasks that need to be completed, such as reading the House of Keys Election rules, posting several election messages in the public domain including details on the public meetings being held 6th and 8th September.

Not to mention my public speeches, which I am still struggling with at the moment because my mind is still heavy and tired.