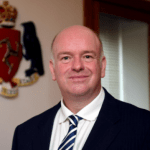 An attempt to ditch the ’absolute joke’ of the voting system with which MHKs elected members of the Legislative Council last time has failed.

That in itself was a change from an earlier system in which an absolute majority was required for an MLC to be elected – meaning that a minimum of 13 votes were needed, even when there was not a full house of 24 MHKs in the Keys and sometimes forcing the voting to be continued over several weeks.

Another key difference was the voting was public.

In the 2018 election, there were 15 candidates and some MHKs cast up to 13 votes, even though there were only five vacancies.

Chief Minister Howard Quayle last week described a decision by one of his ministers to use 13 votes last time as an ’absolute joke’.

But supporters of that system change proclaimed it a success, because all the candidates were elected at the first vote.

Members of the Legislative Council are not elected by the public, they are voted in by the sitting MHKs.

It follows a nominations and hustings period, in which would-be MLCs try to win over enough support to be elected to the upper chamber.

In more recent LegCo elections, the build up appears to be as much about MHKs telling candidates what they want, as it is about the candidates showing what they have to offer.

That said, on more than one occasion since the last election, some MLCs appear to have annoyed MHKs, both in government and on the back benches, for not always doing the House of Keys’ bidding.

In the House of Keys last week – just before the open season for 2020 MLC nominations began – Graham Cregeen (Arbory, Castletown and Malew) sought to change the rules once more, to limit the number of votes an MHK can cast to be the equivalent number of vacancies. But his move was rejected.

’Voting for more than the seats available, I think, diminishes what that post is for,’ he argued.

’It does make it seem to the public that you are voting for 11 or 13 different people.

’Do you really think that is right, in this day and age, that we should be saying to a Member of Legislative Council, “Go on, put your name forward because I will give you my 13th vote because I can’t get my other ones in?”’

But Dr Alex Allinson (Ramsey) defended the current system, arguing it had replaced the ’archaic system of secret ballots that went on for weeks’.

He said the latest system was a success and the right people were elected.

Policy and Reform Minister Chris Thomas – who voted for 13 candidates last time – said: ’My motivations were very clear in public.

’They were not to each individual but I had four or five groups of candidates.

’I had those who were not suitable to be an MLC, so I didn’t vote for them. I had the next bunch who met my minimum threshold and then I had in my own mind worked out exactly who I was going to withdraw each time.’

As if the next Council of Ministers’ meeting was not going to be awkward enough, with an evident clear division inside the cabinet, Chief Minister Howard Quayle was vociferous in his backing of Mr Cregeen – and criticism of Mr Thomas.

Mr Thomas rejected a suggestion from the Chief Minister the reason he case so many votes was he didn’t want to offend anyone and wanted to ensure they would be backed by whoever was elected an MLC.

Mr Cregeen’s bid to change the rule was defeated, perhaps ironically, by 13 votes to eight.