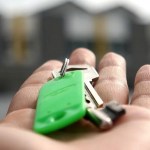 Callister says it was a topic raised during Jersey trip

An Onchan MHK says the definition of ‘affordable housing’ needs to be defined better on the Isle of Man.

Rob Callister has returned from Jersey.

He was one of seven politicians who took a two day Commonwealth parliamentary trip to the Channel Island.

He told Manx Radio discussions there showed there needs to be a clearer idea of the cost of the so-called ‘affordable’ property: