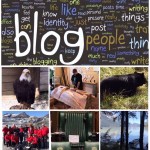 This week brings to a close our amazing Alaskan adventures over the past three weeks as we say farewell to the United States and to Canada and head home, not forgetting Iceland which was our first stop a few weeks ago.

It has been a wonderful holiday with lots of great memories, especially from some amazing excursions that we were fortunate enough to undertake, but also from the various people we have met along the way.

With more and more discussions around carbon footprints in respect of long-haul flights, I do wonder if this type of holiday to Alaska, Canada and the USA might not even be possible in a few years or could simply be too expensive for the general public if they are asked to purchase a carbon credit as part of long-haul flights in the future.

I certainly hope not, because people need to see Alaska and the sounding areas because it has so much to offer. I am quite surprised by how much I have actually enjoyed watching Alaska’s wildlife in its natural surroundings over the past few weeks.

We have also been interested in listening to experts or local tour guides talking about climate change, forest fires and the reduction of certain glaciers across Alaska over the next 20 years, along with the major push to remove all plastic from the ocean.

The weather certainly played its part with only three days of rain – who would have thought you can get a suntan from holidaying in Alaska…..?

With the Isle of Man eight hours ahead of Canada, both Ellen and I are expecting a difficult few days ahead as we try to adjust our body clocks back to normality.

Anyway, we will worry about that next week….

As for this week’s activities, last Saturday our cruise ship, the Island Princess arrived in an old gold rush town called Skagway, which hasn’t changed much over the years.

I have already posted a few pictures on my personal facebook page for those that may be interested.

Once we arrived in Skagway it was straight off the cruise ship and onto a smaller boat that took us to a very isolated place called Haines, which has a population of around 2,500 during the summer months.

From there we were taken by bus to Chilkoot Lake where we were very fortunate to get an opportunity to kayak surrounded by some amazing mountain views, not forgetting the fantastic weather that continues to follow us….

Again, I have posted a few pictures on my personal facebook page.

On Saturday afternoon we took the opportunity to look around Skagway, which is a beautiful little place, but it is fairly tiny with just a few streets, as well as a narrow-gauge railway which follows the White Pass route up to Whitehorse, Yukon.

There has also been a lot of discussion about the cruise industry over the last couple of years, especially in places like Venice and Barcelona, but spare a thought for Skagway that has a population of just 1,148 (2018 figure) but has over 1 million cruise visitors each year….

On Sunday we arrived in Juneau, the capital of Alaska, which is the only capital that you can’t access by road – only by boat or airplane.

Unfortunately, we didn’t get to see much of Juneau on the ground as Ellen and I were taken by coach to a local airfield before climbing into a helicopter to visit the Mendenhall Glacier, which is 12 miles long, a half mile wide and anywhere from 300 to 1,800 feet deep.

The glacier stretches from the Juneau ice-field to Mendenhall Lake, and it has slowly been retreating since the mid 1700s.

Definitely something very special, with not a single cloud in the sky, especially getting an opportunity to walk on one of the glaciers, and the views from the helicopter were stunning.

On the way back to the cruise ship we heard that any remaining helicopter trips for that day had been cancelled due to an incident, so we were very fortunate not to miss out on this particular adventure, which we will certainly remember for a long time.

On Monday we arrived in Ketchikan, which is described as the “Salmon Capital of Alaska”.

After walking around Ketchikan in the morning, Ellen and I jumped on another coach in the afternoon, in order to visit a local rainforest and nature walk.

Given the heat etc, we expected just to see a few eagles and trees etc – we certainly didn’t expect to see two large black bears in the wild feeding on salmon!

One bear actually walked right in front of us, which gave us the perfect photo opportunity, which I have already shared on my personal facebook page.

It certainly completed our holiday….

Tuesday was spent onboard on the ship as a day at sea.

Despite having limited internet on the cruise ship this week, I am still trying to keep one eye on the events that are continuing to unfold in British politics at the moment, especial around Brexit.

Boris Johnson’s government lost its majority in Westminster and MPs voted to take control of the Brexit process by passing a Bill that forced the UK Prime Minister to request a three month extension from the European Union if no deal is reached by 19th October 2019.

Boris Johnson also suspended the UK Parliament until 14th October, which created various protests in Westminster by other MPs.

I will certainly have to read the Isle of Man documentation relating to “no deal” and the how the island might be affected should the UK leave the European Union without a deal.

On Wednesday morning the Island Princess ship arrived in Vancouver, Canada but instead of disembarking and heading straight to the airport and home, Ellen and I took the opportunity to spend a couple of extra nights in Vancouver to explore this wonderful city.

Vancouver is considered one of Canada’s most ethnically diverse cities and offers stunning views of mountains and forests along its coastline.

Once we found our hotel and dropped off our luggage we headed to Stanley Park and had a lazy day walking around the waterfront.

On Thursday we continued to explore the beautiful city of Vancouver, and with the weather forecasted for rain for only the second time during our holiday, we took the free shuttle bus out to the Capilano Suspension Bridge, which is about 20 minutes outside of the city.

It is a wonderful attraction in the rainforest that includes a suspension bridge that sits 20 metres above the Capilano Creek and spans over 35 metres long – the bridge definitely moves (a lot) and it isn’t for the faint-hearted.

There are also other treetop walks throughout the forest and other bridges to explore.

I think we have really enjoyed getting back to nature over the last three weeks and we certainly intend to explore our own island a lot more over the next few months.

On the way back we stopped off again at Stanley Park to look at the Totem Poles, and along the way we were surprised to see five raccoons, busy searching for things in a little group on the beach…

I was even more surprised to see two people wearing Isle of Man TT merchandise, which was nice – of course we said hello to them and told them where we were from!

On Friday we visited Granville Island, which isn’t actually an island but a waterfront area with a lovely open market and shops etc.

Just after lunch it was back to the hotel to pack before heading to the airport for a flight back to the UK.

I am posting this week’s blog slightly early otherwise I won’t be able to post until Saturday afternoon.