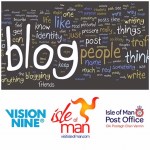 This week certainly felt like a new term as the last remaining staff and political members returned from their Christmas break.

In the office for 8.20am on Monday morning but I wasn’t the first person in the office as David Ashford, MHK and Ralph Peake, MHIK were in just ahead of me.

As the day unfolded it was announced the Douglas North MHK, David Ashford was the new Health Minister, who had replaced Kate Beecroft, MHK.

I also spent considerable time on health matters during the course of the day. First job on Monday was to print off various accounts and reports on the Health Department ahead of a Supplementary Vote by the Department in Tynwald next week to secure an additional £9.5 Million in funding.

It always surprises me just how quickly the morning goes by at times when you have your head down. I suddenly realised it was 11.15am and I needed to head in to Onchan for a meeting.

The meeting, which was held at the Commissioners Office, was to discuss the ongoing vandalism in and around Onchan at the moment.

The meeting included the Onchan MHKs, Commissioners, the ODC Clerk and a representative from the Police Constabulary, and the meeting lasted just over an hour.

There were various discussions held around the current legislation, greater involvement by the Police within our village, but more importantly Government Departments, especially Social Services, as the age of the individuals involved are under 14 years old.

As we discussed the various issues and the details of the criminal damage involved, we realised just how difficult it is to prosecute anyone under the age of 14 on the Isle of Man for non-serious crimes, which will disappoint many residents who had property damaged recently.

All of that said, I know from experience that some children are under extreme pressure to join these groups or unfortunately they become the focus of a particular group. I would hate to see some of these young individuals obtain criminal records, which could then spoil a brighter future down the line.

It isn’t a straightforward problem to resolve, but we are working collectively to find a satisfactory solution to the anti-social behaviour in Onchan.

Back to the office and straight up to the Barool Suite at 13.00 for a presentation by DfE, which included an update from Spark on the £50 Million Enterprise Development Scheme which has created around 200 jobs to date.

The rest of the afternoon was spent reviewing documentation relating to the TT and the Grandstand Area, the Supplementary Vote next week and responding to various e-mails.

I left the office at 17.20. After tea I started to read through CoMin’s response to Vision Nine, along with other related files, but called it a day at 21.00.

Back in the office for 8.15 on Tuesday as I continued to work on the Tynwald Order Paper, especially drafting a couple of speeches. I have mentioned it previously, but it is surprising how long it actually takes to draft speeches, especially when you are trying to read through the text and drafting notes at the same time.

I also drafted several letters and responded to various messages, and again before I realised, it was 12.30.

After lunch I headed up to the Barool Suite for the second gathering of representatives from the tourism sector as we continue to look at the setting up of the new DfE Tourism Agency.

There was a workshop among the invitees to look at what should be the core functions of the agency, along with a Q & A at the end.

The workshop session finished just after 16.15, which gave me an opportunity to catch up with e-mails before going home at 17.15.

Still a lot of work to do once I got home, as I started to go through the DED Agenda pack for tomorrow’s Department meeting, but I still managed to finish for 20.00.

In the office on Wednesday just after 8am, which gave me time to write a couple more letters and to make a few calls before walking over to the DfE for the Department meeting.

We started with the usual Political meeting with the Minister and then Department meeting and sector updates, but there wasn’t anything for major discussion or concern.

The meeting finished around 12 noon and after lunch I got my head down preparing my Tynwald speech on Vision Nine, which is taking a long time.

My afternoon was only interrupted to send a few emails and to meet a potential MLC candidate briefly, but we will be having a more formal meeting over a coffee next week.

I don’t intend to be proposing anyone for these upcoming elections to replace four outgoing MLCs, as there is still considerable confusion as to the role an MLC should undertake within our Manx Parliament in future, but I still might vote for one or more suitable candidates.

I left the office at 17.15 and after tea it was more Vision Nine and going through a couple of candidate interview packs ahead of tomorrow.

Thursday was all about re-scheduling my briefing and meeting as I was asked to sit on the interview panel for the new Chief Executive of the Isle of Man Post Office.

In the office just before 8am to send some correspondence and to print off a few documents relating to the Post Office before leaving the office at 9am to drive up to the Lodge in Braddan.

The interview process was in two parts with a presentation from the candidates first and then an interview session later on, but it was a real privilege to sit on the interview panel, along with the Post Office Chairman and other board members.

The process was long but we managed to finish just before 15.00, which meant that I was now running slightly late for my next meeting.

I drove back into Douglas and then had to run over to DfE for a motorsport meeting, which lasted around 90 minutes. The meeting gave me an opportunity to obtain an update with regards to any ongoing contracts, tenders, sponsorship and management issues etc.

Back to the office briefly before leaving at 17.15 and after tea it was back on to the Vision Nine report before finishing at 21.00.

Time certainly isn’t a friend at moment, so I headed into the office for 7am on Friday, in order to re-write my Vison Nine speech as I just couldn’t get a suitable draft that I was happy with…..

I also had a quick chat with the DfE Minister, along with doing an Isle of Man Newspaper interview, before walking over to the DfE for a TT entertainment update at 9.30am.

I genuinely believe that the entertainment this year will be a step up from previous years, especially on the promenade because of having both Bushy’s and Hooded Ram looking to entertain visitors and locals throughout the TT fortnight.

From there I went straight into Onchan for a 3FM video interview on the anti-social behaviour in Onchan at the moment.

Back to the office to catch up with emails and to grab some lunch.

The afternoon was taken up with a meeting with the Manx Motorcycle Club as we continue to look at the event beyond 2018.

The final meeting of the day was with the Chief Secretary who chairs the cross-Government Department meeting relating to the Infrastructure issues around the TT.

Still plenty of reading to do over the weekend, which includes a report from the Public Accounts Committee that will be published on Monday, not forgetting the Health Service issues and Vison Nine.