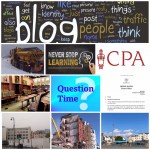 Straight into this week’s activities and with the Isle of Man still being hit by heavy rain and strong winds there isn’t much to report from last weekend. I managed to catch up with some reading, along with watching some of the Six Nations Rugby, which started last Saturday, but with no crowds allowed in the stadiums it just doesn’t have the same atmosphere.

On Sunday Ellen and I went to the Methodist Sunday service in Onchan, which we thought was a special service around mental health on the Isle of Man. Unfortunately, we turned up a month early, which was entirely my fault as I put the wrong date in my calendar. That said, we stayed for the service, which was excellent, along with the refreshments at the end.

A big thank you to the Methodist Church for making us both feel so welcome.

Back into the office on Monday morning for a straightforward day of administration, and with no meetings or briefings I was able to catch up with a few things. Most of the morning was spent going through the House of Keys order paper and various bits of legislation, along with continuing to work on the Landlord Registration (Private Housing) Bill 2020 before a Tynwald Member’s presentation next week.

Monday afternoon was spent going through the DfE agenda pack and the Tynwald Budget. I also took the opportunity to catch up with a few Tynwald colleagues, along with getting on with a few of those projects before leaving the office at 17.00. Just a couple of items of correspondence to draft in the evening, but I was able to take the evening off, which I regretted on Tuesday…

Normal start on Tuesday but instead of spending the first couple of hours in the office, I headed up to the Barool Suite just before 8.30am for a Tynwald Members’ briefing on setting up the Manx Development Corporation, which will focus on the development of unoccupied urban sites.

An excellent briefing by Lawrie Hooper, MHK and Bill Shimmins, MHK and I am look forward to seeing how this Development Corporation works on the Isle of Man, because the Jersey Development Company (JDC) which was set up back in 1996 has been very successful over the years, along with the one in Belfast.

The JDC projects are community focused but also provide new homes and office space by investing in direct development, rather than selling land to developers thereby retaining some control over design and quality. I am very excited by this initiative and I am looking forward to seeing how the Treasury and DfE bring this idea to fruition.

This was followed by a short meeting with the DOI Minister before going down to the House of Keys Chamber for this week’s sitting that started at 10am with two emergency questions, before going into the main question paper that tabled 24 oral and 15 written questions for response.

Unfortunately, question time was another train crash with only 7 oral questions answered in the allotted time of one hour. The supplementary questions and the Ministers’ responses are far too long at times, and some genuine questions that are in the public interest are simply not being answered.

This also means that some Members are not being given a fair opportunity to ask questions on behalf of their Constituents and that needs to change, especially when you question the overall quality of some of the questions being asked at the moment.

Extending question time should also be a simple majority of the House and maybe it is time to consider limiting the number of questions to three or four per Member per sitting, in order to be fair to all elected Members?

Alternatively, each Member that tables multiple questions could be given an equal opportunity to ask a single question, then the process is repeated subject to time etc.

The above isn’t sour grapes on my part, because I currently sit in three departments so I am a little restricted on the number of questions I can ask in the House of Keys at the moment. However, on a positive point I can ask those questions directly to officers within the departments.

This was followed by a statement from the Minister for Education, Sport and Culture, Dr Alex Allinson relating to the Education Bill 2020 in which he confirmed that the current Bill was being withdrawn, which I welcome.

It was also heartening to hear the Education Minister talking about life long learning and distance learning, because it is a topic that is very close to my heart. I remember contacting my good friend Tim Crookall when he was Education Minister, in order to look at online courses with teachers based here on the Isle of Man at the University College.

From my own personal experience I found attending the University College after a long day in the office very difficult at times. This was in contrast to completing professional exams via distance learning, which I found to be far easier, especially having access to the course tutor online, and it also encouraged me to complete the course work ahead of schedule.

There is also the cost: when I did my Chartered Management course it was being advertised at college for around £3,000 if not a little higher, but the same course via distance learning was around £1,700, which is a big difference when you are on a low or medium salary.

I genuinely hope that this development is taken forward as a matter of urgency, because there is a world of opportunity here.

After the statement we had the consideration of Clauses on the Competition Bill 2020, which took the sitting up to 13.00. From the Chamber it was up to the Barrool Suite for a Members’ briefing on the Adoption Bill by the DHSC.

Straight back to the Keys to continue going through the Clauses of the Competition Bill 2020, which is proving to be yet another very thorny piece of legislation.

The Climate Change Bill 2020 then received its third reading and there was one amendment from the Legislative Council in respect of the Medicines (Amendment) Bill.

This week’s sitting finished just after 17.30 and by the time I caught up with a few things in the office it was well after 18.00 when I headed home. Unfortunately, I wasn’t expecting the House of Keys sitting to last all day, so after tea I still needed to start going through three DEFA agenda packs before I finished just after 21.00.

An early start on Wednesday again in order to go through any remaining items on the DEFA order pack before heading into the office before 8am. Just time to catch up with emails and a couple of letters before walking over to DfE just after 9am.

This gave me an opportunity to catch up with the DfE Minister before the political members’ meeting at 9.30am. From the Minister’s office it was into the boardroom for the usual Agency Chair updates. The department agenda had several key decisions to be made, but unfortunately I had to leave the meeting slightly early at 12.30 in order to get back to the office to drop a couple of things off before driving to St. John’s.

I arrived just in time for the DEFA Agriculture and Lands meeting, which was followed by the Environment and Directorate and I managed to get back to the office for 17.00, in order to collect my things and head home.

On Wednesday evening I managed to play league snooker for the first time since the second lockdown was announced.

As for Thursday it was another day in the office and the first job was to respond to some correspondence received from Isle of Man Newspapers, which tabled a couple of questions to all House of Keys Members. Although there were only three questions it took up an hour or so to put everything together.

I then continued to work through the budget pack, but I am struggling this year to get through all the relevant information ahead of the sitting next week. I also had two constituents call in for a general catch up, along with responding to various correspondence and department papers.

At 13.00 there was a Tynwald Members’ presentation by the Select Committee on “Whistleblowing”, which is an interesting report and one that needs to be taken seriously.

Just before 14.00 I headed over to DfE for a meeting with the Southern 100 Club as we are looking at future events and dates etc. A very good meeting that lasted around 90 minutes, and it was good to catch up with club representatives.

The last couple of hours were spent in the office working on the budget and the Tynwald Order Papers for next week.

Friday was very similar to the rest of this week. In the office before 8am to work on the budget and the Tynwald order papers before walking down to the Sea Terminal just before 10am for a meeting with the deputy CEO in DOI.

The meeting focused on my delegation including the EFW Plant and Waste Charges from April 2021, along with a discussion of a delegation around local authorities. This was followed by a Douglas Promenade Political meeting, in order to get the latest information on the scheme as it is slowly coming to an end.

Hopefully, by summer we will have a Douglas promenade that we can all be proud of for many years to come. Back to the office for 12 noon, which gave me time to return various calls and emails before dialling into a Commonwealth Parliamentary Association work-stream presentation.

As I mentioned previously I am currently sitting on a CPA working group that is looking at the effects of Covid-19. The first of four presentations was given by our friends and colleagues in the Falkland Islands.

Their presentation was on how to rebuild a more resilient and sustainable economy and what lessons can we learn from everything that has happened as a result of Covid-19. It was a very good presentation, but maybe not enough time to ask questions and to discuss those shared experiences, because each jurisdictions has done things slightly differently.

Towards the end of February the Isle of Man will give its presentation to the CPA, which will be around tourism – further details to follow.

I then headed into Onchan for a constituent meeting with regard to ongoing housing issues before getting back to the office to finish off a few things.

As for the weekend, I had a couple of appointments in the calendar but they have been moved because of the pending weather forecast, which has predicted snow and strong winds.

Definitely time to batten down the hatches and to prepare for the “Beast from the East”, so I should have plenty of time to work on the remaining Tynwald items and of course the budget.