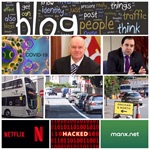 When the Chief Minister, Howard Quayle, MHK and the Health Minister, David Ashford, MHK called a sudden press conference at 10am last Sunday morning I think most island residents knew the announcement being made wouldn’t be good news….

After 108 days without Coronavirus on our island, the Chief Minister confirmed that someone had been diagnosed with Covid-19 after returning to the island recently.

However, putting all of that into some form of context I think in the weeks and months to follow, I am certain that these announcements will become more common as this island tries to get back to some form of normality, especially when we move down to level 3 and then to level 2 in respect of our borders.

Unfortunately, the risks associated with Covid-19 are here to stay until a vaccination can be found, which is unlikely to happen until 2021/22.

All schools across the island opened as scheduled this week and there were no further changes in respect of the advice for people going to work or those people travelling to and from Guernsey via the “air corridor”, which has been very successful over the past few months.

More than 600 residents have returned to the island each week since the government allowed non-essential travel off the island according to Isle of Man Newspapers, and four people have been jailed for failing to self-isolate as required for 14 days on their return – so please follow the guidelines that have been published…..

At the same time, Guernsey themselves have just announced a single case of Coronavirus themselves after being Covid-19 free for over 130 days.

In the UK there are now around 3,000 new Covid-19 cases every single day, which are the biggest daily increases since May. If nothing else it does show that the UK still haven’t got to grips with this virus, which appears to be a losing battle until the general public in the UK actually come to the realisation that eventually it will cost people their jobs, and potentially a lot more.

I also received details this week on the “Free Travel” from Laxey, Baldwin and Onchan, in order to help ease some of the congestion on Governor’s Dip and St Ninian’s Crossroads, where they have introduced a temporary bus lane due to the ongoing work on the Douglas Promenade.

In Onchan 208 cards were issued, a further 13 issued in Baldwin and 61 issued in Laxey. The total number of trips taken was 2,306.

I will let other people decide if the scheme was successful or not, but for me personally every single car that we got off the road during this difficult period helped reduce the overall time that people had to wait in traffic….

Anyway, let’s move on – as for last weekend, again most of the time was spent in the garden trying to take full advantage of the excellent weather. As I mentioned last week we should be on holiday at the moment, so it does feel more like a working holiday in many ways.

Unfortunately, I unblocked the dates from my calendar, which meant that various meetings and briefings have now appeared in my diary over the next couple of weeks, but hopefully I will still be able to get the garden project finished before the end of September – that said, the new greenhouse could turn up anytime between now and March 2021…

As for the project itself, well we are definitely getting through the work, although Sunday was a struggle because nothing was going right. I think so far I have moved around 4 tonnes of stones, 3 tonnes of sand, moved more than 5 tonnes of soil (more than once) and various loads of block paving.

Ellen volunteered to lay the block paving and is doing a fantastic job – and we will definitely share a few more pictures in due course.

As for Monday, the horrible weather ensured that we had the day off from the garden, but still a lot of other work to be done. The morning was spent catching up with correspondence and going through a tourism report, along with a couple of motor sport papers.

In the afternoon I was able to work on a couple of projects, but I lost an hour or so on the phone trying to sort out a personal issue. Unfortunately, a couple of my personal accounts were being hacked and someone kept changing the settings, emails and passwords etc.

At first I thought it was just my “Netflix” account that had been hacked, but every time we re-set the username and password etc, within minutes someone else changed it again, which was very concerning.

Eventually, I realised that someone had actually hacked my “Manx.net” account, because every time Netflix sent me an email to reset my password etc, which I did, someone else then simply changed the information back again.

Fortunately, Manx Telecom were excellent and were able to change my password within a few minutes etc – but still very scary, so bear that in mind, folks…..

At 16.00 I logged into a very difficult tourism meeting as we continued to explore what options we have, and what is the best course of action to support the island’s tourism sector until at least March 2021. On a political and officer level I cannot describe how difficult this particular decision will be, because every business, every hotel and every self catering establishment is very different.

As for Tuesday, poor Oscar (our cat) had to spend the day at the vets in Onchan, because he had broken a couple teeth, probably on some small creature he caught outside. I worked from home for the first part of the morning before getting into the office just before 11am.

I started to go through the DfE agenda pack before walking over to DfE at 13.00 for a motorsport meeting, which only lasted around 30 minutes, so I was able to finish off the DfE meeting pack.

At 14.00 there was a DfE motorsport and Visit Agency workshop, but I soon realised that I had already attended this briefing previously, so I took the opportunity to get home and into the garden for 15.30 a few hours.

On Wednesday I went into the office before 7am, in order to get through a couple of DEFA agenda packs, which was the payback for working in the garden the previous evening. Just after 9am I headed over to the DfE Minister and Political Members meeting.

From there it was straight into the boardroom for the usual Agency Chair updates before the Department meeting, which had several papers for consideration. I had to leave the meeting slightly early at 12.30 in order to collect the car and get to St. John’s for two DEFA board meetings, which got underway at 13.00.

The first meeting related to the Agriculture and Lands Directorate and this was followed by the Environment Directorate meeting.

I managed to get home for around 17.00, but still needed to catch up with correspondence and phone calls, so I didn’t finish until around 19.00.

Not much to report on Thursday as I was able to spend most of the day working on the garden project until around 14.30 at which time I tuned in and listened to the Economic Policy Review Committee, which was holding an evidence session on tourism on the Isle of Man.

By the time I caught up with everything else, I didn’t actually finish until around 17.00. On Thursday evening I met up with a few friends for another game of Nine Ball Pool.

Back in the office just after 7am on Friday and I spent a couple of hours catching up with various correspondence and a few Constituent phone calls – and again, I offer my apologies for the short delay in responding to a few messages this week.

I then turned my attention to the island’s tourism sector and various DfE department papers that I needed to review before a very important department meeting.

At 11am I headed over to DfE for a relatively quick “Locate.im” meeting, which was a general catch up on a number of ongoing projects. This was followed by an extraordinary department workshop as the officers and the political members continued to take a closer look at the short, medium and long term prospects for the island’s tourism sector.

Over the past few months I think we have come to realise how difficult the recovery of this sector will be, especially as no one could have foreseen the events that have unfolded in 2020.

Implementing strategies, policies and providing the right element of funding, which is both fair to the industry and to the taxpayer, are complex. As I mentioned in the meeting yesterday, someone who has just lost their job and is living on £200 a week at the moment will not understand why a particular hotel might be given thousands of pounds of financial support.

It is about survival and actually having tourism accommodation ready for when the industry is able to fully start trading again – but I will expand on this in the weeks and months to come.

Once the workshop finished I was able to head home for around 14.00, and due to the poor weather I was able to take the rest of the day off.

As for the weekend, hopefully it will be spent in the garden, because this is probably the last free weekend I have for a while.