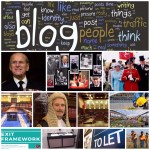 This week the Isle of Man started to slowly emerge from the latest “circuit break” with the outdoor construction sector being given permission to get back to work at the beginning of the week, along with the re-opening of garden centres etc.

At the media briefing on Thursday afternoon the Chief Minister, Howard Quayle, MHK announced that further Covid-19 restrictions are to be lifted next week (Mon 12th April), and these included the restrictions around tradespeople entering occupied properties, along with estate agents and surveyors etc.

All outdoor leisure venues can also reopen, but no more than 10 people can gather together and there must be social distancing in place, preferably with face coverings.

Full details on the restrictions being lifted can be found online.

More on Covid-19 in a moment, especially around the lack of information for the tourism sector that is so desperately waiting for news from Central Government, along with further news on when the Isle of Man will move to level 3B (Non-essential immediate family-sponsored travel with self-isolation) and Level 3A (Non-essential immediate business-sponsored travel with self-isolation).

I know the Chief Minister mentioned that the Isle of Man could be moving to Border Level 3A this week, but there was no mention of 3B, which surprises me. Both 3A and 3B carry the same risks and the same level of self-isolation and testing etc.

Hopefully, we can get some clarity on that particular point next week.

On Friday lunchtime we also received the sad news that His Royal Highness the Duke of Edinburgh had passed away peacefully at the age of 99 at Windsor Castle.

In a statement issued by Buckingham Palace, Her Majesty the Queen said it is with deep sorrow that she announced the death of her beloved the husband. The UK Prime Minister, Boris Johnson led the UK political tributes saying that the Duke had earned the affections of generations in the UK, the Commonwealth and around the world.

The Duke of Edinburgh was always my third favourite royal behind Prince William and the Queen – he will be missed greatly.

In other news this week, it was disappointing to see pictures of the newly refurbished toilets in Onchan Park being targeted and vandalised over the Easter Bank Holiday, especially when it is ratepayers’ money that is being used to improve these facilities. Unfortunately, this is yet another example of mindless vandalism and I sincerely hope that the CCTV footage in and around the Park identifies those responsible.

If it was in my power personally then I would be requesting that a Community Service Order be issued to those responsible, and for the work to be undertaken in and around the village. I genuinely feel sorry for the Local Authority and the Commissioners who are desperately trying to improve facilities and services for the village that we all can enjoy.

As for my own activities this week, in many ways it has been a catch-up week, time to recharge the batteries and, dare I say, time to reflect on the past four and a half years. It also gave me an opportunity to look towards the future, and possibly the House of Keys General Election in September.

Although a lot of people thought I would stand in the 2016 House of Keys General Election, I didn’t actually make my final decision until the Easter Holidays of that year, once I discussed it with Ellen and other family members. With so much still going on in respect of Covid-19 at the moment, I don’t expect to make any formal announcement in respect of this year’s House of Keys General Election until the end of April or beginning of May.

This week President of Tynwald Steve Rodan, OBE also confirmed that he will be stepping down from Manx Politics on 19th July 2021 after being involved in politics on the island for around 26 years. Steve was first elected to the House of Keys in 1995 and has continued to represent the people of Garff until 2016 when he was elected President of Tynwald.

Steve held various positions in Government over many years, along with being the Speaker of the House of Keys between 2006 and 2016. A true gentleman and I was very fortunate to be able to visit Westminster and the Scottish Parliament under his leadership – I wish him a long and happy retirement.

As for last weekend, unfortunately I was still feeling the effects of my Covid-19 vaccination, and although I didn’t feel particularly under the weather I did suffer from periods of prolonged shivering, which I initially put down to too much sun over the weekend.

The best way of describing how I felt after the jab was travel sickness or when you get off a plane after a long-haul flight and you feel really tired. The funniest part of the whole vaccination process is the dead arm that you are left with from the injection, which brought back some very strange memories of my older brother (Peter) punching my arm as a teenager.

I will name and shame him because I know he reads my blog most weeks!

As for the rest of the bank holiday weekend, a lot of time was spent in the garden relaxing or just switching off for a few days, because of the Covid-19 vaccination. The weather on Easter Monday wasn’t great, after the UK and the Isle of Man were hit by a sudden cold snap, which included strong winds and even some frost and sleet.

In respect of Tuesday, the day began with me starting to go through the two DEFA lengthy agenda packs, which always takes a few hours to get through. I stopped at 10am in order to have a coffee and catch up with my Tynwald backbench colleagues.

I finally finished going through the DEFA paperwork at around 12 noon, which was perfect timing because I was able to catch up with some administration and correspondence tasks before a tourism event meeting that started at 13.00.

This was the second or third meeting we have had in respect of a large event that could potentially be held on the island early in 2022, but a lot of work is still to be done around infrastructure, logistics and putting together a solid business case, which can then be considered by the Visit Agency and the DfE board etc.

The meeting lasted around an hour and the rest of the afternoon was spent at the kitchen table working on various things, but again I was able to finish well before 17.00.

On Wednesday I went into the office early on, in order to get a few things done, collect some more paperwork and other documents as we continue to work from home. I was back home just after 9.30am before dialling into a lengthy DEFA Policy and Strategy meeting, which lasted just over three hours.

This was followed by a short break, which gave me an opportunity to catch up with a couple of missed calls before the DEFA Department meeting that started at around 13.30 with the usual topics covering public relations, planning and building controls, environment and corporate services etc.

The meeting finished for around 15.00 and I then spent the next hour putting a large delivery of timber away in our outbuilding before I start building a garden room hopefully over the coming weekend, along with doing a Manx Radio interview on the anti-social behaviour in Onchan at the moment.

Just time to respond to some correspondence but again I was able to finish before 17.00.

As for Thursday, most of the morning was taken up with going through the MNH agenda pack and a few department papers. I was also able to get some project work done before joining my Tynwald colleagues at 10am for a catch-up, which continues to focus on Covid-19 and the island’s exit strategy.

I also spent some time going through some correspondence received from the Manx Landlord Association, which raised various concerns in respect of the Landlord Registration (Private Housing) Bill 2020, which continues to take up considerable amount of time. I also looked through the amendments that colleague Chris Thomas, MHK could be tabling in the House of Keys on 15th April.

Over lunchtime I needed to review an urgent paper from DOI before there was a Tynwald Members briefing at 14.00, which was meant to be on Covid-19 planning. I know we are in a difficult place at the moment as the island slowly moves towards Covid-19 mitigation instead of elimination, but I wasn’t very impressed with the information given to Tynwald Members on Thursday afternoon.

Most of the 90 minute presentation focused around the changes that will happen on 12th and 19th April, which was covered in the Chief Minster’s media briefing on Thursday afternoon, so we could have simply watched the briefing to get the information.

Unfortunately, there was very little detail on the island’s actual revised exit strategy document after the original document was heavily criticised by a number of Tynwald Members last month. The clarity and direction that businesses have been calling for is still yet to be published, especially for the island’s tourism sector that will need time to prepare after being closed for over 13 months, in order to accept visitors again in 2021.

At 15.30 I had a quick 30 minute tourism meeting with the Head of Tourism and the Head of the Visit Agency before a general catch-up meeting amongst DOI Political Members and Senior Officers at 16.00.

The 90 minute meeting gave us an opportunity to fully discuss the Landlord Registration (Private Housing) Bill 2020 and a few other ongoing issues including the Pulrose Bridge, ongoing work at the Quarterbridge, a few other Department issues, and once I caught up with a couple of calls etc I was able to finish for 18.00.

On Friday my working day didn’t start until around 9.30am as I needed to get shopping done and get a few other jobs, but I have definitely tried to take some time off this week.

Once I had caught up with some of my correspondence I joined my colleagues on the Visit Agency for a tourism and marketing meeting, which again highlights the fact that the industry, the department and the team are ready to go – we just need a DATE from the Council of Ministers as to when the Isle of Man will accept visitors again.

As mentioned previously, we need to move the Isle of Man to Level 3A and 3B before looking at the type of visitor that the Isle of Man might accept over the next 12 months.

At 11.30am there was a general catch-up amongst the DfE Political team, which lasted around an hour. It was during this meeting when we heard the news that His Royal Highness the Duke of Edinburgh had passed away peacefully at the age of 99.

Part of Friday afternoon was spent going through the House of Keys Order Paper for next week, which is an extra sitting, along with starting to look at this month’s Tynwald Order Paper.

As for the island’s Covid-19 vaccination programme, by Thursday evening more that 44,307 first vaccinations had been delivered, along with 15,415 second doses of the vaccine.

As for Covid-19 we finish the week with only 58 active cases on the island, with no cases in hospital, which is fantastic news.

Definitely time to start to move away from elimination and towards mitigation, and living with Covid-19 that will be in the community for many years to come.