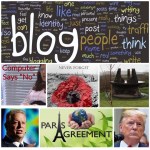 I think over the last three years or so we have all become more aware of Climate Change and that various governments including the Isle of Man have declared a Climate Emergency, but what does it actually mean for the average person in the street?

According to Wikipedia, a Climate Emergency statement sets out a priority by a government to take action in respect of climate change, and by the end of October 2019 more than 1,143 jurisdictions and local governments had declared a climate emergency.

For the Isle of Man this means that the Manx Government will introduce a Climate Change Bill into the branches over the next 12 months. It also commits this administration and future administrations to reach net-zero emissions by 2050, but for me personally I voted in favour of the date being at 2035, in order to achieve this objective.

In July 2019, the Manx Government appointed Professor James Curran as an independent Chair to lead the Climate Emergency Consultation team and to provide a Climate Change Action plan for achieving net zero emissions by 2050 – we now await that report.

The driving force behind much of the action taken over the past couple of years was the Paris climate conference in December 2015, when around 195 countries across the world adopted the first ever universal and legally binding global climate deal, which set a long term goal of keeping global average temperature well below 2C above pre-industrial levels.

The 195 countries also represented around 97% of ALL greenhouse gases produced, which goes to show the importance of the Paris climate conference back in December 2015.

As an MHK I continue to follow the topic very closely, in order to ensure that I make the right decisions for future generations, and for those decisions to be based on a sold foundation of evidence, which isn’t straightforward especially when there is so much conflicting data in the public domain at the moment.

That said, a new global group of around 11,000 scientists have this week endorsed research that says the world is a facing a Climate Emergency and that action must be taken as a priority.

I think we have all witnessed those extreme weather patterns in recent years, which can no longer be described as a once in a hundred year event.

We only have to look on the BBC channel this week as once again the UK is hit by extreme rainfall.

The reason behind my opening remarks this week is because the President of the United States, Donald Trump after two years of threatening has finally announced this week his intention to withdraw from the Paris Agreement just one day after the 2020 US Election.

The Institute of International and European Affairs suggested that the USA’s decision to leave the Paris Agreement would cause serious damage to that agreement, which could also result in other countries such as China and India withdrawing from the agreement.

The USA produces around 17% of the World’s greenhouse gases and if China (20%) also pulled out then the world’s two biggest producers of greenhouse gases would seriously undermine the 2015 Paris Agreement.

The ex-vice President of the United States, Al Gore tweeted this week that “no one person or party can stop our momentum to solve the climate crisis, but those who try will be remembered for their attempts to sacrifice the planet for their greed” – very strong words…..

He also reminded us that hundreds of thousands of people of all ages have taken to the streets demanding that our communities, employers, schools and representatives should take action to help save the climate balance.

He also pointed out that any new US President could sign America back into the agreement within just 30 days of taking office.

It will be interesting to see if Climate Change and the Green agenda will make any impact in the UK General Election over the next few weeks or if the usual topics of discussion such as the Economy, Health, Immigration, Housing, Education, Child Care and Transport will continue to dominate the headlines throughout this UK General Election – not forgetting the main headline act for this particular election, Brexit and leaving the European Union.

Back in the Isle of Man and to put things into some form of context, we produce less than 0.002% of the world’s total greenhouse gas emissions, with around 46% of our emissions coming from buildings (heat loss etc) and a further 21% from transport and 23% from electricity.

Only 10% actually comes from our agricultural land and waste etc.

Despite the announcement from the USA this week, the Isle of Man can still lead the way on certain parts of the climate change revolution, but many of those changes will simply come down to cost and other Government priorities at the time – I am certainly looking forward to receiving the report in due course.

I have always been in favour of lowering property emissions as a matter of priority, especially new builds, social housing and in older persons properties, which would certainly reduce bills etc and be environmentally friendly.

Anyway, let’s move on to this week’s activities.

With no meetings or briefings scheduled on Monday I was in two minds whether to stay at home, but in the end I went into the office as I needed to work on a couple of projects, which have a self-imposed deadline of December.

The advantage of working in the office is it gives you access to various reports and research tools etc, which makes your life a little easier. Monday just rolled by and before I realised it was time to go home, but still I continued to work on the projects from home until around 19.30.

I still needed to answer various emails and to go through a couple of Department papers, but still a very easy day in the office.

Normal schedule resumed on Tuesday, I was in the office early to prepare for the House of Keys sitting, which got underway at 10am.

A very short question paper this week with just 2 oral questions and 3 written questions for answer, which were covered in the first 15 minutes of the sitting.

This was followed by the first reading of the Registration of Business Names (Amendment) Bill 2019.

The whole sitting lasted just over an hour, but that wasn’t the end of my day.

DfE Members then had a quick meeting with the Minister, before Ellen and I headed out for noodles in our favourite establishment just off Athol Street.

We only had around 40 minutes for lunch as I needed to get back to the office to attend a meeting with a number of Tynwald members, in order to discuss the “Right to Die”, which has been an ongoing discussion for around 18 months.

From there it was straight up to the Barrool Suite for a training session on Legislation and the legal concept, which was very helpful and an excellent group discussion.

The last couple of hours were spent in the office clearing my in-box and going through various bits of legislation and paperwork.

I have also spent a considerable amount of time going through a very complex and difficult land dispute, which has already gone through the Courts.

Unfortunately, it also brought back painful memories of our own land dispute a few years ago, which was due to a mistake made by a local advocate when we purchased our home in 2007.

Anyway, I finally finished for around 22.00 on Tuesday evening.

In the office early on Wednesday in order to get through the final documents relating to a land dispute, which included a long phone call with the individual involved.

Just after 9am I headed to the Tynwald National Park & Arboretum in St John’s to plant a tree to help mark the 40th anniversary of the opening of the Park and Arboretum.

I selected a Prunus Avium tree, which is a wild cherry, and I placed it at the front of the site.

From St John’s I drove into Onchan to attend a tourism meeting with a local group booking company, which is always a good opportunity to catch up with those on the coal face of a very challenging sector at times.

Back to the office and straight over to DfE for a Motorsport team meeting as we discussed TT 2020 and the NEC Motorcycle Show in Birmingham, which gets underway from 16th November.

A lot of information about tickets and events will be released during the Motorcycle show, so TT fans and locals need to keep an eye out for those announcements.

The team have done a brilliant job over the past 12 months, and if we also get some good weather then we certainly could be in for a very special couple of weeks next year, especially with regard to the some of the acts being lined up for the TT fortnight….

The last couple of hours were spent in the office , which gave me plenty of time to sort out a couple of Constituent issues. A massive thank you once again to the Health Minister, David Ashford, MHK for sitting in on a Constituent call after the poor individual had an operation cancelled within minutes of actually going into the theatre….

I also needed to deal with an immigration request and the costs involved, etc.

Once again various meetings were cancelled or moved on Thursday, which meant that I had a clear day, but I still went into the office for the usual time.

The day started with another call from a Consistent relating to a patient transfer request and a clear lack of willingness to help resolve what was a relatively straightforward issue relating to a simple letter that had incorrect information on it.

Those comments are not aimed at the patient transfer team who were very helpful, but towards other sections from within our health service, especially when I tried to intervene to help resolve the issue on behalf of a Constituent – ‘the computer says no’ comes to mind!…

Hopefully, this issue can be resolved this week and before they are due to travel to the UK for further treatment.

I also continued to work on a couple of projects and I started to look towards this month’s Tynwald sitting, which will be shortly upon us.

The weather on the Isle of Man on Thursday was horrible with long periods of heavy rain, but I still headed back into Onchan mid-morning for two Constituency meetings, one relating to a family service issue.

Just after lunchtime I headed home for a couple of hours to go through a few reports being tabled in Tynwald in a couple of weeks’ time. I then went back into the office late afternoon to start going through the Environment and Infrastructure Policy Review Committee agenda pack before leaving at the usual time.

As for Friday, the first part of the morning was spent continuing to go through the Environment and Infrastructure Policy Review pack before the Committee met at 10am.

Over lunchtime the DfE had an extraordinary department workshop, which related to the department’s budget and treasury submission.

I was meant to do a couple of hours outside of the Onchan Post Office on behalf of the British Legion, Onchan Branch Poppy Appeal in the afternoon, but this was cancelled earlier on in the day.

Instead, I spent the time in the office drafting several templates and going through the Tynwald order paper.

With Ellen out at a concert, I took the opportunity to work on Friday evening going through a public inquiry paper and a tourism paper, which was probably the toughest paper I have had to consider in my current role.

As for the weekend, there are various events relating to Remembrance Sunday, including the Onchan schools’ outside service at St Peter’s Church on Saturday morning and both the local and national services on Sunday.