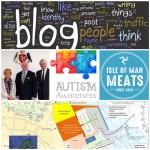 Unconstitutional, Undemocratic and Opportunistic are just a few of the words used this week in Manx politics to describe the amendments tabled by two UK MPs, Margaret Hodge & Andrew Mitchell In relation to the UK’s Financial Services (Implementation of Legislation) Bill that was due to go before the House of Commons this week.

In a joint statement issued by Jersey, Guernsey and the Isle of Man they accused the UK Government of contravening the established constitutional relationship between the British Government and the Crown Dependencies.

The Isle of Man definitely has not faced such a constitutional issue on this particular level since Radio Caroline back in the 1960s.

The Chief Minister, Howard Quayle, MHK travelled to London on Monday, along with Ian Gorst, Jersey and Gavin St Pier, Guernsey, in order to lobby the UK Government and to remind them of our constitutional relationship.

The Bill was due to be debated on Monday teatime in the House of Commons but it was withdrawn very late on, much to the disappointment of the Speaker, John Bercow who was not impressed.

Unfortunately, the Bill hasn’t disappeared; it has only been deferred to a date in the near future…..

Margaret Hodge later tweeted that the decision was outrageous and that public registers are the next big step for tackling money laundering and tax evasion, a measure which personally I really don’t support……

I think Margaret Hodge and some of her colleagues should look a little closer to home if they are truly looking to tackle money laundering and tax evasion in the UK and further afield, and certainly not in the Isle of Man which I feel is over regulated at times.

On a different topic altogether…..

Someone also mentioned on social media over the weekend that they would like to see more politics (more detail) in my weekly Blogs, which I certainly take on board.

In this particular role your duties go well beyond politics especially with Constituency work and with the amount of reading / writing you need to undertake etc, but I guess the level of input into policy and political decisions increase when you become a Minister, and even more when you become the Chief Minister. But as a backbench MHK my role at the moment is to scrutinise other Government Departments and the decisions being made collectively by the Council of Ministers.

My weekly Blog is a genuine overview of my workload as an MHK and the hours I work etc and I would hate to change that format.

As for this week’s activities – I was having a few technical issues with emails and accessing Boardpad when in Scotland last week, which meant that I was running behind on various things.

I was in the office early on Monday and it was all about catching up with correspondence and various Committees which are taking evidence this week.

I was hoping to attend the Springfield Court coffee morning, but unfortunately a meeting of the Select Committee looking into Vulnerable Young People was scheduled late in the day and that meeting took priority over any personal engagements.

The Committee meeting lasted a couple of hours and because the Tynwald remit is very narrow, every time we look at a particular issue or topic it leads us down another path which isn’t within the original remit. It definitely is one of the most difficult topics I have been involved with…..

Just after lunchtime there was a Members’ briefing in the Barrool Suite on the Town & Country Planning (Amendment) Bill 2019, which also raised more questions than answers at the moment.

The rest of Monday was spent at my desk going through various reports and returning various emails before leaving the office at 17.15.

I also took the opportunity to catch up with phone calls on several constituent issues and concerns.

After tea I needed to draft several more emails and to go through a paper on the Isle of Man Steam Packet Company, but nothing too taxing and I was able to finish for 21.00.

In the office for the normal time on Tuesday and I was able to go through the House of Keys Order Paper, which was relatively straightforward.

The sitting started with the Chief Minister, Howard Quayle, MHK making a statement on the events that have unfolded in Westminster this week.

The Chief Minister described the situation on behalf of our Government as wholly unconstitutional and he went on to say that ultimately the Bill was deferred by the UK Government, thereby avoiding the risk of the UK’s democratically elected Parliament legislating for the Isle of Man without our consent…..

A bloody cheek, if you are asking me as a proud Manxman! (My words, not the Chief Minister’s….)

From there my attention moved towards the Committee sessions this week and preparing for them, which always involves going through a mountain of paperwork and reports.

At lunchtime there was a Members’ briefing on the new Sea Services Agreement, which on the surface looks very good, especially around the visitor economy.

The agreement is due to go before Tynwald later on this month, so people won’t have to wait too long to obtain full details on how the new User Agreement will look.

I think some people will expect more in certain areas of the new agreement, but I genuinely believe when people look back in 5 or 10 years’ time, the Isle of Man Steam Packet Company will be a “national asset” for this island and for future generations, but it will take time to put all the pieces together.

Once the presentation finished I was able to continue working on the Committee sessions until I went home at 17.15.

As for Wednesday, well most of the morning was spent looking around the Isle of Man Meat Plant at Tromode.

A massive thank you to Andrew and Phil for showing us around the facilities and for taking the time to answer various questions tabled by the Environment and Infrastructure Policy Review Committee.

The tour lasted around three hours, and I don’t want to give you all the gory details as it was slaughter day, but it was fascinating to be able to watch the whole process from start to finish.

It is also an incredibly skilled job which they carry out extremely professionally. I certainly couldn’t do that type of work myself but the team at the Meat Plant are clearly turning a corner and starting to put Manx Meat back on the menus here in the Isle of Man and further afield, along with working with Manx Farmers.

Back to the office at lunchtime to catch up with a few emails before going up to the Barrool Suite for a presentation on the Council of Ministers (Amendment) Bill.

Another dentist appointment in the afternoon, but the rest of the day was spent in the office working on the Committee sessions.

I headed home at 17.00 but only to get showered and changed before driving up to Ramsey at 18.00 to attend the public meeting on the new plans for a Ramsey Marina.

The meeting was being staged at the Mountain View Innovation Centre on Jurby Rd and there were around 600 people at the venue, along with various MHK’s and MLC’s.

It was a fantastic turnout and probably one of the biggest public meetings on the island in recent years. I have to congratulate Ramsey Marina Limited for the way in which they organised the meeting, which included putting on buses from Ramsey to the venue….

The words of introduction were given by Dr. Alex Allinson, MHK before David Dorricott, Robin Bromley and Peter Greenlees took to the stage to give a full presentation on the Ramsey Bay Marina concept, along with taking questions from the floor, which lasted around an hour.

A very professional presentation throughout and the whole evening was very well organised.

As for the Marina, well it is still very early on in the process and it will still have to go through planning, the appeal stage and then an independent inspector etc.

After all of that I am certain that the final decision will have to be made by the Council Ministers either in this administration or the next, and they will have to make the decision based around the overall economic value for Ramsey and the island in the future.

I certainly wish Ramsey Marina Limited all the very best for the future, but who knows what the final decision will be…..

Straight into the office and head down with Committee work on Thursday morning, as it is one of those periods when I am struggling to stay on top of things.

At 10am the Tynwald Select Committee looking into Accommodation for Vulnerable Young People had a pre-meeting before taking evidence from Andrew Grainger, Chief Executive of Autism Initiatives from 10.30am in the Legislative Council Chamber.

It was an excellent Committee session on a topic that I am having to educate myself along the way, and it is far more complex than it appears on the surface.

NHS UK believe that 1 in every 100 people in the UK is autistic, which is an alarming figure and based on that information the island will have around 830 autistic people.

The Committee session finished at lunchtime and from there it was straight up to the Barrool Suite for a Climate Change Mitigation Strategy joint presentation by DEFA, DOI and the MUA.

Unfortunately, I had to leave the meeting slightly early at 14.15 in order to walk over to the DfE to meet up with Nicola who is in the tourism and events team.

Over the next few weeks I have scheduled various meetings with businesses who work within the tourism and events industry.

The first of these meetings was with Nigel at Albany House in Peel who, along with Nikki, runs a beautiful B & B in Peel….

A massive thank you to Nigel for showing us around and the feedback, which was very much appreciated.

We left Peel at 15.50 and headed to Kirk Michael to visit “Kidding Chaos”, but we got a little lost, and Google maps wasn’t much help as it guided us to a second farm in Ballaugh.

Unfortunately, I had to be back in the office by no later than 17.30, leaving very little time to have a proper meeting, so our visit to Kidding Chaos will have to be re-scheduled in the near future.

I was back in the office for 17.00 to finish off a few things before going home and in the evening I headed down to Cronk-y-Voddy for the annual billiards match, which got underway at 19.00.

In the office very early Friday morning as I needed to prepare for the Environment and Infrastructure Policy Review Committee, which was taking oral evidence from the Minister, Ray Harmer, MHK and CEO, Nick Black of the Department of Infrastructure at 10.30am.

In fact I spent more than two and half hours preparing and going through various reports etc before meeting up with Chris Robertshaw, MHK and Clare Bettison, MHK for a pre-meeting at 10am.

The oral evidence session with the Minister and the CEO from DOI didn’t actually finish until 12.40 and a wide variety of topics was discussed, including the Peel Marina, Douglas Promenade, Energy from Waste Plant, Housing etc.

From there it was straight up to the Barool Suite for a presentation on the Pension Legacy funding gap ahead of Tynwald accepting a second report from the Cabinet Office this month.

As for the weekend, well this month’s Tynwald Order Paper is massive, so I will need to start working my way through various reports etc.

The Isle of Man is also staging the Darts Festival this weekend, so I will be calling in to the Villa Marina on Saturday to watch a few games.

I will be attending again on Sunday afternoon, in order to hand over a few of the prizes at the end of the Darts Festival.