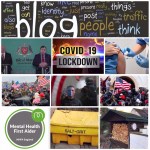 We were only five days into the New Year and the Isle of Man was already facing its first major challenge of the year. After a sudden increase in the number of confirmed Covid-19 cases on the Isle of Man over the Christmas and New Year period, the Government introduced a “circuit breaker”, in order to try and address some of those concerns.

Late on Tuesday afternoon it was confirmed that the island would enter into a second lockdown period, which came into force at one minute after midnight on Wednesday evening going into Thursday morning, and hopefully it will end on Wednesday 27th January 2021.

The Chief Minister, Howard Quayle, MHK confirmed that there was now a “creditable risk” of a community spread of the virus. This was also on the back of the UK recording more than 68,0000 new cases of Covid in a single day, and that figure has continued to rise during the week. For that reason the UK Prime Minister Boris Johnson announced last Sunday that the UK would go into a further national lockdown, in order to control the virus, protect the NHS and save lives.

An urgent Tynwald Members’ briefing and then a media briefing were also called late on Tuesday afternoon, and more on that in a moment, along with the shocking events that unfolded in Washington.

As for my schedule this week:

Last weekend was a lot busier than I expected, mainly because of two key issues, which raised serious concerns and a lot of questions throughout the weekend. The first one related to an official press release that was sent out by the Manx Government at 23.45 on New Year’s Eve.

Just for clarity, Tynwald Members received the information at 23.30, which was around 15 minutes before it went into the public domain. The press release confirmed a further three new cases of Covid-19 had been detected on the Isle of Man, but the announcement also confirmed that one of the individuals had tested positive for Covid-19 after the 14-day self-isolation period.

After completing the self-isolation rules the individual in question then visited various bars, restaurants and other establishments in and around Douglas before testing positive, and again this raised serious questions and concerns as to whether Covid-19 was back in the Manx community.

The contract tracing team quickly identified several key locations and they asked that if anyone had visited the premises during the relevant time period and then developed symptoms they were encouraged to self-isolate and to contact the Covid-111 service.

At the time, the Chief Minister, Howard Quayle, MHK said that the risk to the public was low, but the announcement generated a considerable spike in enquiries and concern from the Manx public.

It didn’t help that the press release was followed by a period of silence from the Government of around 36 hours, which in turn generated its own speculation in the media, and on social media. This resulted in the Chief Minister having to schedule an urgent press briefing on Sunday morning, in order to answer questions and to clarify certain points around the original press release.

Since then we know that the situation escalated quickly and has resulted in the Isle of Man introducing a “circuit breaker”, which will still be worrying news for many businesses across the island.

The second item related to the snow and ice that continued to hit many parts of the island over the weekend and throughout the week.

I also managed to help a couple of Constituents along the way, but the lack of salt definitely didn’t help the situation at times. I have already posted a separate message on this particular the topic, and I can assure constituents that I was in continuous dialogue with the Department of Infrastructure throughout the weekend, in order to try to get salt bins re-filled and side roads de-iced as quickly as possible.

Unfortunately, in these circumstances priority is given to the key routes around the island. As I mentioned to the DOI over weekend, maybe Onchan Commissioners and other Local Authorities across the island should hold a small stock pile of salt for such occasions, especially in Onchan where the village and the surrounding area is so steep.

All of that said, I still managed to get a couple of hours in the garden over the weekend splitting some logs. Our wood store is almost full ready for next year’s winter, and possibly the next….

I was back in the office at 8am on Monday morning ahead of the Chief Minister’s briefing to Tynwald Members, in order to go through and discuss the events that unfolded over Christmas and New Year’s Eve.

At around the same time, Sandie Hannah, who is a senior residential support officer, became the first island resident to receive the Covid-19 vaccination before a further 974 jabs were given to staff from all parts of the island’s Health and Care System.

The rest of the day was spent at my desk desperately trying to finish off a presentation that I was due to give on Wednesday evening, but all of that became pointless once the events on Tuesday afternoon unfolded.

At 11am we headed up to the Barrool Suite for the Covid-19 briefing, which lasted around two hours. A number of presentations were given by the Cabinet Office, the Chief Minister, Health Minister and the Communications team.

Fair to say it was a very robust meeting with Tynwald Members challenging the information published over the weekend, and thereafter desperately trying to get a clear understanding of the events that unfolded on New Year’s Eve.

I continued to work in the office until almost 17.30 and once home I still needed to respond to various emails and messages before finishing at around 19.00.

As for Tuesday, I went into the office with little knowledge of the events that were about to unfold during the course of the day. The first hour was spent in the office just catching up with a few things before going down to the Members’ Room for what was meant to be a two day training course around Mental Health First Aid.

The course got underway just before 9am and it was disappointing that only a handful of Tynwald Members had taken the opportunity to sign up for such a brilliant course, especially when as elected Members you do on occasion have to assist Constituents who develop a mental health issue or a mental health crisis.

The course covered a number of topics including depression, anxiety and other disorders, along with suicide thoughts and behaviours. It also covered self-harm, panic attacks and reactions following a traumatic event.

As a Member of the House of Keys I had no idea prior to being elected as to some of the problems / issues that I would be asked to get involved in on behalf of constituents. Most of them are relatively straightforward and simple to resolve, but a few are very difficult, and I think this particular course should be rolled out to all Tynwald Members just after a General Election for the House of Keys in future.

During the course the tutor shared a video entitled “I had a black dog and his name was called depression” – it is only 4 minutes long and I enclose a link to the video, because it is well worth watching….

Unfortunately, the course was brought to a sudden stop at 15.30, in order to allow Tynwald Members to attend a Chief Minister’s briefing via Teams, in order to give Members an update in advance of the media briefing scheduled at 17.30.

I think most of the details around the “circuit breaker” is already in the public domain, so I won’t include that in my blog. I left the office at 17.30 and tuned into the media briefing, just like so many other people across the island.

Given the sudden long queues outside most supermarkets on Tuesday afternoon, I think the general public already knew what was coming.

The press briefing by the Chief Minister certainly generated a wave of messages, correspondence and phone calls, which I continued to answer until around 21.00.

As for Wednesday, I was meant to be on the training course, but that had to be cancelled. Instead I was at home getting a few jobs done around the house to start with, but from around 10am the messages and phone calls started to come in. I think I answered my last call and responded to my last message at around 18.00. The DfE political team also had a virtual meeting in the morning, in order to give an overview of the concerns already being raised by Constituents.

Just when you think the world is not crazy enough at the moment, the US President, Donald Trump gave a speech in the US capital, Washington DC late on Wednesday evening ahead of Congress certifying President-elect Joe Biden’s victory on 3rd November in the 2020 Presidential election. Unfortunately, the current President again made claims that it was him that actually won the election, and that he was entitled to a second term in office – vowing “we will never concede”.

This resulted in thousands of Trump supporters storming the Capitol Building after the rally. In unbelievable scenes, rioters ransacked the offices including that of the House Speaker, along with smashing windows and assaulting police officers, but tragically it also resulted in the death of five people.

Members of Congress also had to hide under desks to avoid being attacked. They really were shocking scenes to watch. There are now calls for Donald Trump to be removed from office before the official handover on 20th January.

Thursday was spent at home, again a considerable amount of time was spent either on the phone or responding to correspondence received. I also had to look at two very complex planning appeals and go through some documents ahead of some meetings, and I eventually finished for around 18.00.

As for Friday I called into the office just after 7.30, in order to collect various bits of papers and documents. Back home just before 9am and straight into a Waste Management virtual meeting, which lasted around an hour.

Just time to catch up with some correspondence and phone calls before dialling in to two DfE meetings, which didn’t finish until around 12.40. I then took the opportunity to get into the garden for an hour, for no other reason than to switch off and take a short break.

Back to work from 14.00, in order to continue to work through the planning appeals and respond to various messages before I finished for around 16.00 after a very strange week.

As for the weekend, I will need to start looking at this month’s Tynwald sitting, but hopefully I will be able to get into the garden, because there is still a lot of wood that needs cutting.