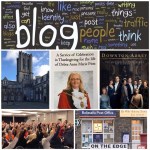 This was another one of those weeks which didn’t feel stressful or particularly busy, but there was certainly a lot of reading involved and a lot of small tasks that took up a considerable amount of time.

Last Saturday lunchtime I attended the service of celebration for the life of Debbie Pitts at St George’s Church, Douglas.

The church was packed and it a wonderful service for a very very special individual who helped so many people in her short life.

I only knew Debbie briefly as a Douglas Councillor and as Douglas Mayor in 2017, but I am so glad I was given an opportunity to call her a friend over the last few years.

On Sunday I spent a couple of hours working, but not too much as I was a little under the weather with a sore throat.

In the office for the usual time on Monday and it is fair to say that my day started with a right royal telling off from one Onchan constituent who felt extremely upset by my lack of action, communication and engagement in relation to their particular plight, for which I apologised unreservedly.

Once the issue had been referred to the relevant Minister it generated an exchange of correspondence, which I was monitoring very closely. Unfortunately, I totally forgot to keep the constituent fully informed of the separate discussions I had with the Minister and other Tynwald colleagues in order to try and help resolve a difficult situation.

If anything I would normally over-correspond with constituents, but on this occasion I just didn’t do that – but no excuses….

If constituents are unhappy with the way that I have dealt with a particular issue on their behalf, then please do not hesitate to contact me or drop me a line to request an update.

Just before 10am I headed into Onchan to attend the Springfield Court coffee morning. A big thank you to the residents for giving me such a warm welcome as always, and it was good to catch up with various topics of discussion since my last visit a few months ago.

A quick constituent meeting on the way back to the office to catch up with a few things before driving south at lunchtime to King William’s College.

Nigel Wood, Chairman of the Governors and Joss Buchanan, the Principal invited the DfE Minister and Political Members, along with a couple of DfE officers for lunch and to take a look around the school.

My memories of King William’s College as a Ramsey Grammar student are not the best, as it would normally result in a fight during a hockey, football or rugby match.

It was certainly good to lay that old ghost to rest and to take the opportunity to look around some of the excellent facilities after a wonderful lunch from the school canteen.

A massive thank you to everyone at King William’s College for the very kind invitation.

The last couple of hours were spent in the office going through the House of Keys Order Paper until around 17.15.

Normal start on Tuesday, and the day got underway with a stream of phone calls with department officers, along with reviewing and responding to a few department papers relating to the TT and tourism issues.

Just before 10am I headed down to the House of Keys for this week’s sitting, which was a fairly light agenda with just 12 oral questions and 6 written questions to be answered.

The sitting was dominated once again by the Teachers’ strike and the Ballasalla Post Office dispute, which is certainly generating some heated debate amongst the House of Keys Members.

The sitting finished at 11.40 so I was able to deal with various issues around the Isle of Man Darts Festival that is being held on the island next month.

At 13.00 there was a Barrool Suite presentation on the equal pay and grading project undertaken by the Cabinet Office, and I definitely left that briefing with more questions than answers.

Hopefully, once I get hold of the slides I will understand the proposed changes a little better.

That particular meeting lasted more than 90 minutes, and from there it was straight up to the opticians for an appointment. Given the fact that I haven’t had my eyes tested for almost 20 years I felt a check up was long overdue, but it did turn into a political surgery, which I guess goes with the job…

No issues with my eyes, which is excellent news.

The last hour was again spent in the office before leaving at 17.10.

Wednesday started with me dealing with various bits of administration, which also included a long email to the Isle of Man Darts Organisation ahead of next month’s event. I also had to respond to two Constituent issues that will need further investigation and research.

Just before 10am I walked over to the i-Museum for a Group Travel Seminar, which was being hosted by Ian Longworth and Edmund Southworth. The seminar gave an overview of the island travel sector, especially around group travel bookings.

Unfortunately, I was only able to stay for the first 90 minutes as I needed to collect my 2020 Budget Pack ahead of a Treasury presentation at 14.00.

The next hour or so was spent at my desk having an initial look at the Budget, but unfortunately I cannot provide any further details at this stage because the information is strictly confidential until the Budget presentation in Tynwald on 18th February 2020.

The Barrool Suite presentation on the Budget by the Treasury Minister lasted just over an hour and included a Q & A session.

The rest of the day was spent behind my desk drafting what appeared to be a continuous stream of correspondence, along with dealing with a couple more Constituent enquiries.

Once home I still needed to draft the final items of correspondence along with continuing to work on the Budget, which will be an ongoing theme over the next few weeks.

As for Thursday, the morning was mostly taken up by the 2020 Budget that involved a lot of reading and researching before I even consider drafting any speech.

I also needed to draft several letters on behalf on Constituents.

Unfortunately, I had to give my apologies to this month’s Manx National Heritage meeting as it wasn’t in my calendar, and I had already scheduled a couple of meetings in the afternoon.

Over lunchtime and going into the afternoon, there was a CPD training session for Tynwald Members around “assessing impact”, which was a very good session from government officers.

In the afternoon I had a meeting with a Constituent and another two MLC candidates, which also involved a tour of the Chambers.

Once home I still needed to catch up with things.

I was at home on Friday and I can sum up most of the day in just three words – Budget, Budget and more Budget, which involved a lot of reading.

In the afternoon I started to switch over to the DfE agenda that runs into well over 400 pages, which will certainly take considerable time over the weekend.

On Friday evening Ellen and I went to the St Peter’s Church film night, which was showing the Downton Abbey movie.

It was a wonderful evening, which included a hot fish supper during the intermission. They also raised over a £1,000, so a massive thank you to everyone for putting on a fantastic event.