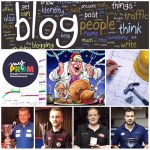 A massive thank you to the International Professional Pool Association (IPA) for holding their inaugural Isle of Man Open Pool tournament, which was staged on the island last weekend and televised via the BBC Sports website.

Over 160 of the World’s best professional and amateur pool players on the planet, along with around 25 local players took part in a series of tournaments over the three day event held at the Palace Hotel on Douglas Promenade.

Scottish player, Liam Dunster racked up his 3rd Tour title of the year in winning the Isle of Man professional tournament. Local professional, David Addinall lost 8-7 to Ron McCarthy, who is a very experienced professional.

In the Isle of Man Open, which was a double eliminator competition for professional, ladies and amateur pool players, the title eventually went to another Scottish player, Scott Gillespie who defeated Jack Whelan 7-4 in the final. Several Manx players reached the last 64 stage of the competition, but it was a very tough event.

In the ladies tournament the current World Champion, Emma Cunningham suffered a shock defeat in the quarter finals before Vicki Lomax lifted the title with a 6-3 win over Lauren Williams.

The final competition was the Isle of Man Amateur event, which eventually went to Shaun Storry of England who defeated Jordan Church 7-3 in the final.

I was actually 3-0 up against Shaun in an earlier round but missed an easy opportunity to go 4-0 up before he soon moved through the gears to win the match and the title.

No less than five Manx players reached the last 32 stage of the competition, but it was the current Isle of Man Snooker Champion, John Kennish who went furthest in reaching the quarter finals before losing 7-3 to Scott Gillespie, who is a professional player in all but name. I am sure that he will be joining the professionals ranks when the new season gets underway in 2020.

John also found himself on the BBC sports TV table in the last 16 when he defeated the last amateur tournament winner Kristi Caulfield 7-4 in a cracking match.

Manx Pool professional David Addinall and I even did a spell in the commentary box during John’s match, which gave us an opportunity to outline some of John’s sporting achievements, which include bowls, snooker and now pool.

A very long weekend of pool for the officials and the players, but still a fantastic event for the Isle of Man to host, especially taking into account the very warm and positive comments received back from so many players and officials throughout the weekend.

I know various people have thanked me for the role that I played in getting the event here on the Isle of Man, but I genuinely can’t take any credit for the actual event. It really was down to the IPA, the Palace Hotel, the Steam Packet Company and the DfE events team, along with Peter Crellin and David Addinall who did a brilliant job to ensure that the event was promoted and that local pool players didn’t miss the opportunity to play against the world’s very best eight ball pool players on home soil.

The Isle of Man is very fortunate to host many sporting and cultural events throughout the year, but eight ball pool, snooker and darts have been very close to my heart, given my association with the sports for a more than 28 year period. I have also been very fortunate to have represented the island in both snooker and pool, but having retired several years ago it was still fantastic to dust off the cue and play in such a fantastic event.

As for the rest of my week, I still managed to get out for a walk on Sunday morning with Ellen before spending most of Sunday at the Palace Hotel, but unfortunately I had to watch the final few games from home as I needed to catch up with various work related things.

My schedule on Monday changed several times with a couple of meetings re-scheduled for later on in the week, but I still went into the office on time.

Part of Sunday and Monday was also spent preparing for the Environment and Infrastructure Policy Review Committee meeting and for the House of Keys sitting on Tuesday.

This meant that I had some free time on Monday morning so I was able to contact the IPA Chairman and offer to take him back to the airport, which also gave us an opportunity to discuss the Isle of Man Pool Open and to go through any small changes ahead of next year’s event.

Back to the office for an hour before heading up to the Barrool Suite for a members briefing on the climate change action plan, which included a workshop session.

Later on I headed up to Onchan for a Constituent meeting relating to the recent floods that once again affected a number of properties. The rest of the afternoon was spent in the office trying to catch up on various things.

Back in the office early on Tuesday to start looking at a couple of new projects ahead of the House of Keys sitting that got underway at 10am with just 5 oral questions and 5 written questions.

We then had the first reading of the Income Tax Bill 2019, before the Children and Young Persons (Amendment) Bill 2019, the Domestic Abuse Bill 2019 and the Limitation (Childhood Abuse) Bill 2019 all received their Second Readings.

At lunchtime there was a CPD session for Tynwald Members on the Government Code, but I had to give my apologies as I needed to draft a couple of urgent emails on behalf of Constituents.

Later on I chaired the Environment and Infrastructure Policy Committee meeting, which lasted just under two hours as the Committee continues to follow several lines of enquiry.

On Monday and Tuesday evening I spent most of the time reading various government papers and watching the House of Commons as the Conservatives and Labour fight over whether the UK should hold a general election in December.

On Monday evening Labour refused to back the Conservatives but within 24 hours things had certainly changed, and the UK will now head to the polls on Thursday 12th December 2019 – talk about turkeys voting for Christmas….

The Conservative Party is definitely gambling that the UK general election will give them the outcome they want, in order to get Brexit done. Personally, I think they have miscalculated but I still expect them to win the most seats on 12th December.

I took full advantage of a very quiet schedule on Wednesday morning as I headed out for a walk along the promenade and the quay, before getting into the office for around 10.30am.

The rest of the morning was taken up reviewing a land dispute case on behalf of an island resident, which is never going to be straight forward or easy.

At lunchtime I attended an agricultural strategy presentation in the Barool Suite.

The afternoon was spent in the office continuing to work through the documentation relating to a land dispute and working on a few other projects.

As for Thursday it was another day in the office working on a couple of projects. Mid morning the Director of Motorsport and I had a meeting with someone who had contacted us over the announcement that the TT Zero race won’t be running in 2020 and 2021.

At lunchtime we had a couple of Tynwald members briefings, one relating to some additional changes to the Employed Persons Allowance.

I think the Treasury team have listened to some of the concerns raised by Tynwald Members and made some adjustments.

Later on I went into Onchan for a Constituent meeting relating to an ongoing planning issue.

In the office early on Friday morning before driving back into Onchan to support the Onchan branch of the British Legion. Unfortunately, the weather wasn’t great outside the Onchan post office between 9am and 11am but I’m still extremely grateful to everyone that bought poppies from the stall.

Back to the office mid morning to send a couple of emails before going down to the Sea Terminal building for a promenade regeneration meeting. Given my outspoken views in respect of the latest new schedule of works unveiled to Tynwald members recently, I was invited to take part in future meetings on behalf of the tourism industry.

It was a very robust meeting and a couple of clashes on certain points, but I am extremely grateful that I can represent the interests of the tourism sector and individual hotels located on the promenade.

Unfortunately, it will still be a couple of weeks before I know what changes have been made since the Tynwald presentation.

Back to the office once more to complete a few jobs before going to the Barrool Suite for the presentation and update on the new election legislation etc.

I left the office a few minutes early and as for the weekend, well nothing planned at the moment other than watching the rugby World Cup final in which England will face South Africa.

I want to finish this week’s Blog by paying tribute to former MLC Member Tony Wild who passed away this week at the age of 61.

I am not entirely sure how Tony and I became friends, but he always a kind word to say over the years and I always welcomed his thoughts on various topics.

Tony served on the Legislative Council from 2011 until 2017.

In February this year Tony and I found ourselves on the same flight to Manchester, I think he was collecting an award for Lonan or Laxey heritage and I was heading to Bradford for the World Pool Championships.

Tony made sure I was on the right train from both Manchester Airport and Manchester Piccadilly Station.

He will be missed by his family, friends and his Tynwald colleagues.