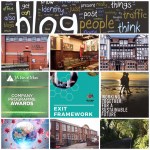 Unfortunately, some of those active cases involved teachers and students from local schools, which has put additional strain on our educational system, but more importantly families, especially those being asked to self-isolate for up to 10 days.

Not entirely sure how many calls and messages I received this week from concerned constituents, but it must be close to a hundred.

Trying to get information has also been difficult this week, I know a lot of constituents are confused around the 10 days isolation (myself included), but hopefully the department will look again at those regulations, because they do appear to be out of step with the island’s border strategy, which is testing and releasing people within 24 or 36 hours.

More on this point in a moment…

As for my own activities this week, last Saturday I took full advantage of the excellent weather that the Isle of Man is currently enjoying, in order to kickstart my 2021 House of Keys General Election. Fair to say that I had a few butterflies in the stomach as I approached the first door as a sitting member of the House of Keys looking for re-election, but I can’t remember if I had the same experience back in 2016.

Over the next three months I will need to knock on 3,321 doors before the election, and based on a very rough calculation I reckon it will take around 130 hours to knock on every door in the constituency of Onchan just once. I was only looking to do a couple of hours on Saturday, but in the end I managed to get around 180 houses in just over 5 hours – and by the end I had definitely caught the sun.

As I mentioned in a separate post, a massive thank you for all the positive comments I received along the way, which was very much appreciated.

There were however a couple of negative comments, but again I felt they were fair, especially towards a sitting member of the House of Keys having served in a very difficult administration. We have Tynwald Day next week, but hopefully I will be able to get back on the election trail the following week.

On Sunday it was a day at home working on a couple of election items, but most of the morning was spent in the garden desperately trying to get various tasks completed before my family arrive on the island for Tynwald Day on Monday next week.

Back into the office before 8am on Monday for what was going to be a very busy couple of weeks. The first couple of hours were spent going through the House of Keys order paper, along with reviewing some legislation.

At 11am I dialled into a tourism meeting with the Head of Tourism and the Chairman of the Visit Agency, in order to look at the new border strategy that came into force on Monday, along with looking at what might be the overall “travel experience” for residents, family or visitors under the new policy.

As I mentioned above I also had a large number of calls from constituents throughout the day, which I was able to sandwich in between meetings and briefings. At 12.30 we went up to the Barrool Suite for a presentation by the Education, Sport & Culture Minister, Dr. Alex Allinson, MHK who provided members with an update on the department’s strategic plan and future vision.

This was followed by a briefing from the Cabinet Office, DfE and the Immigration team who gave an update on the Isle of Man Borders strategy. Back on 17th June I raised some serious concerns as the political member responsible for Ports and Tourism in respect of how the island’s border strategy would actually work in practice, and I am grateful to the Chief Minister and other Ministers and officers for looking at those concerns, and making some significant changes to what was being proposed.

One of the main roles of an MHK is to try and foresee these major issues before they become a political problem. However, I am still expecting some delays processing applications upon arrival to the Isle of Man, especially for those that turn up without the correct paperwork in place – but still a million times better than what was being presented to me on 17th June.

The Manx Government has also published a video and a lot of additional information, in order to help iron out any potential problems for visitors and locals arriving on the Isle of Man this month.

Just time to catch up with a few department papers before walking down to the Sea Terminal just before 16.00 for a policy and strategy meeting. Topics discussed included the closure of Marine Drive and its public consultation results, Electric Bikes and Scooters and we also looked at Connected & Autonomous Vehicles. By the time the meeting finished and I walked up the hill to collect the car I didn’t get home until around 19.00.

Once home I still needed to respond to a raft of questions and phone calls with regards to the latest outbreak of Covid-19 in one of our schools, along with several other topics of discussion – I think I retuned my last call just before 22.00.

I was back in the office for normal time on Tuesday, in order to get a few things done before I headed outside at 9.30am to meet up with various members of the pubic who were protesting outside the Tynwald Building against the decision to fell 25 elm trees near the Ballavarvane Farm on the Braaid Road, St Marks.

This particular decision by the Planning Committee has generated a petition with over 50,000 signatures, and from there it was straight into the House of Keys for the final sitting of this administration.

I know one individual posted a stupid comment online on Wednesday morning calling for all DEFA members to be voted out of office in the House of Keys General Election in September – and I have to ask why!

As I posted online, although I sit in DEFA I had no input into this particular planning application or in fact any planning application that has gone before the Planning Committee. The only time I have been asked to get involved as DEFA Member is during the appeal process, and only in the absence of the Minister.

Anyway, the sitting started with an emergency question on the potential removal of those 25 elm trees. Over the next 50 minutes a considerable number of questions were fired at the DEFA Minister in respect of the merits and failings of this particular planning application – all of this played out in front of a packed public gallery.

This was followed by the normal question paper that had 18 oral questions and 6 written question. We then considered a motion from Chris Thomas, MHK around the nomination and election of the Chief Minister, which was supported by the House but after a small amendment.

The House then considered a few small Council amendments in respect of the Liquor Licensing and Public Entertainments Bill 2021 and to the Housing (Miscellaneous Provisions) (Amendment) Bill.

The final sitting of this House of Keys ended with the Speaker, Juan Watterson, SHK paying tribute to a number of people who are standing down from political life, and I wish each and every one of them all the very best for the future.

The sitting finished shortly after 13,00 and once I returned several calls I headed down to the British pub for the annual Speaker’s lunch, which was being held up stairs in the Embassy Room this year.

It was a wonderful lunch in great company as members reflected on some of the highs and lows of the past five years. I know I have mentioned this before, but the last five years have gone by in a flash and it is hard to believe that our time in office is almost over, but I leave with some amazing memories.

Once I got back to the office at around 15.00 I took the opportunity just to sit in the House of Keys chamber on my own for a few minutes, just as I did in 2016. Back then I wondered what the future might hold for me, but now five years later I was able to reflect on such an incredible journey.

The last hour or so was spent on the phone returning various messages from more concerned parents who had been asked to self-isolate as a result of the Covid-19 case in one of our local schools.

On Tuesday evening I headed to the Nunnery for this year’s Junior Achievement Isle of Man Awards, and after a very difficult year for many students it was great to celebrate this year’s achievements. Congratulations to all the teams that took part in this year’s programme and to the category winners, along with the overall programme winners that received a cheque for £1,000.

A wonderful evening supporting and awarding some outstanding young talent and I finally got home just at 22.15.

Not the best night’s sleep and I was up at 3.30am with a million things running through my head, so I took the opportunity to watch the England v Germany football match in the European Championships, which England won 2-0.

I still went into the office before 8am on Wednesday and the day started with me going through various department papers, along with going through the Manx National Heritage agenda pack ahead of Thursday’s department meeting.

At 10.30am I headed up to the Barrool Suite for the launch of the UNESCO Biosphere vision and strategy for the Isle of Man. It is only a small team, but they do a wonderful job in promoting the island’s Biosphere, especially around the benefits to the economy, environment and community.

If you want to find out more information, then please visit www.biosphere.im

We then had a Climate Change presentation, which related to future scenarios, along with a full committee meeting of the Isle of Man Commonwealth Parliament Association. I finally got back to the office at around 15.00 and I looked in to see a constituent on the way home, but I was still able to finish early before heading South on Wednesday evening to play snooker.

As for Thursday, I was in the office for normal time and I was able to get my head down for a couple of hours before driving to Braddan Commissioners to attend a meeting.

The meeting was chaired by Andrew Jessop of Braddan Commissioners and I was there on behalf of DEFA as the meeting related to environmental, noise and planning concerns relating to an industrial estate.

I was back in the office towards 12 noon, in order to respond to various messages and a couple of missed calls. At 14.00 I walked over to the iMuseum for this month’s Manx National Heritage meeting, which lasted almost three hours.

From there I walked over to the Art Galley in the main museum, in order to attend the retirement reception for Edmund Southworth who has been the Chief Executive of MNH since 2009.

I wish Edmund a long and happy retirement. The new Director of MNH should be in place by August.

As for Friday, I managed to get a few hours off in the morning, in order get some jobs done at home before my younger brother, Sean and his family arrive on Saturday lunchtime.

Most of Friday afternoon was spend on various bits of department works, which I needed to completed before the weekend, and of course Tynwald Day on Monday next week.

As for those Elm Trees, a press realise was issued on Friday afternoon confirming the landowner has promised to drop the existing planning approval, and therefore will be looking to submit a new application with an alternative access point within three months.

A fantastic result for everyone involved.

On Friday evening Ellen and I headed the to Creg-Ny-Baa for tea, which made a nice change.