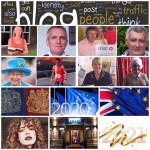 As we welcome in a new year it is hard to describe how difficult the last nine months have been for so many businesses, individuals and families, not just here on the Isle of Man but in the UK, Europe and across the world.

Unlike 2020 when I felt we were starting the year with an air of conference, we are definitely entering 2021 with continuing uncertainty, not just relating to Coronavirus but more importantly around Brexit.

The people of the UK voted in a referendum on Thursday 23rd June 2016 to leave the European Union and since then both parties have been thrashing out a final divorce agreement, which has taken also most four and a half years to reach this particular point, but things have already started to change.

The 73 UK MEPs have now lost their seats, so thank you and good night to Nigel Farage, Ann Widdecombe and others. The UK will also be reinstating the old blue passports, but valid driving licences will still be accepted.

The UK will also be introducing a new points based immigration system for EU citizens, but other changes are still on the horizon during the transition period.

As for the Covid-19, I doubt anyone could have foreseen the events that have unfolded since February or March last year when one country after another closed their borders as ongoing concerns were raised around the Coronavirus pandemic, which has resulted in the collapse of the world’s tourism sector, and other key industries.

The importance of the tourism sector on the Isle of Man and across the world cannot be underestimated. Here on the island it contributes to our economic development, not only in terms of jobs and generating GDP, but it also creates infrastructure and services that we all enjoy as island residents.

The recovery will be difficult, but hopefully we can turn things around in 2021.

I still feel that the Guardian newspaper captioned the moment the best when they described the “Coronavirus Shutdown of 2020 as the most remarkable interruption to ordinary life in modern history. It has been spoken about as a war and one is reminded of the stories told of the interruption of normality in 1914 and 1939, but unlike then, the present moment involved demobilisation not mobilisation. While the hospitals are on full alert, the majority of us are confined to quarters”.

As I mentioned previously, it has been a difficult year for so so many people, but we can certainly take some positives out of the whole Covid-19 situation, especially when we have seen a high level of innovation, new ways of working in order to stand up to the challenges that we have faced over the nine months.

There have also been advancements in medicine and digitalisation, along with improvements around remote woking and home education provision. If nothing else Coronavirus has also opened up our eyes to some of the challenges faced by the most vulnerable in our society, and how vulnerable we all are as a society at times. That said, I absolutely applaud and thank everyone who stepped forward to volunteer their time or skills to help others over the past year.

There has also been a clear sense of gratitude and a community spirit not seen for many many years, and therefore I sincerely hope that the same level of community spirit continues well beyond 2021. By the end of this year most of the UK population will be vaccinated, but let’s not lose some of the key qualities that we re-discovered as a community in 2020.

As for the year ahead, it will be all about the recovery from Covid-19 and trying to understand the impacts and effects from the final Brexit divorce deal.

On the Isle of Man we will also have Local Elections in April and then the House of Keys General Election in September, which I can’t believe has come around so quickly.

As for my own schedule this week, the weekend along with Monday and Tuesday was spent at home relaxing or working in the garden splitting logs or working on a few projects for 2021, along with going through the Tynwald Order Paper after an emergency sitting was called.

On Wednesday it was all about that emergency sitting of Tynwald, so I headed into the office before 8am. To be honest I wasn’t expecting to go back into the office until 5th January, but I was quickly back into full work mode.

Before the sitting I spent the time catching up with various things and getting through any non-urgent correspondence received over the Christmas period. The sitting of Tynwald started at 10am with statements from the Chief Minister, Howard Quayle, MHK on the outcome of the UK and EU negotiations and on Coronavirus, both topics generated a considerable amount of questions from Members.

I left the office at around 14.40 and once home I had several constituent calls in a row, which is a little unusual.

On Thursday morning it was announced that seven well known island residents had been recognised in the 2021 Queen’s New Year Honours List. The Chief Constable, Gary Roberts received the Queen’s Police Medal, which is fully deserved after a very difficult year for the Isle of Man Constabulary.

Edna Clarke was awarded a British Empire Medal and five further residents were made Members of the Order of the British Empire, and these included John Riley, Jane Glover, Susan Waddecar, Christian Varley and Charles Guard.

Congratulations to everyone being recognised for their outstanding work on behalf of our Manx community.

The Isle of Man also woke up with a heavy covering of snow on Thursday morning, which made driving conditions a little tricky on New Year’s Eve. However, I did still manage to get into the garden for a couple of hours to split some wood, which was very relaxing in a strange way.

At the same time Ellen was busy in the shed building the new greenhouse, which will go into the area we block paved in September.

As for New Year’s Eve, we don’t normally go out but given the fact that we were unable to visit family over Christmas this year, we took the opportunity to go back to Bonds Restaurant in Onchan for their New Year’s black tie ball, which got underway at 19.00.

It was a wonderful evening with some amazing food, excellent front of house service and some fantastic music from local musician Mae Challis. It was the perfect way to say farewell to 2020 – it was also the first time that we have heard Mae sing, what an amazingly talented artist.

We finally got home for around 22.30 and I was fast asleep before midnight.

As for New Year’s Day, most of the morning was spent in garden and splitting logs again, but this time with a heavy duty axe, which made the job a little easier.