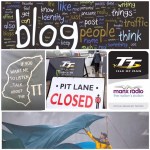 This week should have been relatively straightforward, enjoyable and easy, but for some reason it wasn’t…..

With no House of Keys or Tynwald sittings until Tuesday 11th June I was planning to go into the office on Tuesday and Wednesday, to get my head down, clear my desk and work on a few projects and ideas, along with sending a few letters, before spending some time with my older brother, Peter towards to the end of the week and heading up to the Grandstand to carry out various official duties involving the Governor and other guests at the weekend.

It is a nice part of the role I have to undertake as the Political Member responsible for the TT and Tourism. It also gives me an opportunity to speak to so many people involved, visiting or supporting the event, along with enjoying some of the racing myself.

Unfortunately, it just didn’t turn out that way…..

After weeks and weeks of fine weather, the Isle of Man has been hit by continuous rain all week, which meant that the much anticipated 2019 TT fortnight had a very damp start, with the first practice session delayed until Sunday afternoon because of the poor weather across the Island.

You can’t help but feel sorry for the visitors when our beautiful island is hit by continuous rain during TT, especially those staying in tents etc…

I guess we could have predicted that the Isle of Man couldn’t repeat the brilliant three weeks of unbroken sunshine we all enjoyed during last year’s event. It certainly gave the island a wonderful party atmosphere, especially in the Bushy’s Beer Tent, which was in a new location at the Villa Marina Gardens, and not forgetting up and around the Grandstand and the new Trackside bar.

On top of all that, there were also a couple of social media items that certainly caught the local media and social media’s attention, which added additional pressure and also took up considerable officer time – more on that later….

Anyway, last Sunday afternoon Ellen and I headed up to the Grandstand in the afternoon after spending the morning working on the house. We took full advantage of watching the opening practice session, along with grabbing a burger.

Most of the feedback I received relating to the Sunday afternoon practice session was very positive and a number of people have requested it should be added to the practice schedule in the future.

The rest of Sunday and most of bank holiday Monday was spent at home painting the spare room ahead of family coming over to stay.

Unfortunately, the Manx weather continued to seriously interrupt the TT practice schedule as Monday’s evening session was also cancelled because of the bad weather.

I was back in the office on Tuesday and with no meetings or briefings I worked on a few things in the office for the first couple of hours before Tim Crookall, MLC and I headed up to the Grandstand to take a closer look at the facilities and to speak to stallholders, businesses and volunteers etc, which is always very helpful and informative.

We also managed to grab a quick coffee in the Talk of the Town, which is a lovely venue for a drink or something to eat during the TT fortnight.

I was back in the office towards lunchtime and the rest of Tuesday was spent in the office until 17.00, by which time I had fully caught up with any outstanding correspondence and I also managed to make some headway with those projects.

After tea I still needed to go though some reports and correspondence relating to a number of enquiries currently being undertaken by the Environment and Infrastructure Policy Review Committee, whilst listening to the TT practice session via Manx Radio.

To be perfectly honest, I thought by Tuesday I would have had the time to go through several other reports and documents received from the island’s taxi industry and the RTLC, but it did feel like I was running through treacle at times this week, and it was only Tuesday.

I also had to respond to a large number of social media comments and various messages I was tagged into relating to the TT trademark and the new look Isle of Man Radio TT, which were catching people’s attention.

As for Wednesday, other than having a meeting with the new Managing Director of Manx Radio, Chris Sully, the rest of the day was spent in the office.

I was in for 8am and it was head down working on projects, drafting posters, drafting and sending out a number letters relating to my next Onchan Constituency Surgery on 15th June 2019 at the Onchan Community Hub.

Chris called in at 11.15am and I took the opportunity to give him a tour of our Tynwald Chambers along with having a general discussion on a number of topics relating to Manx Radio.

It was a very positive meeting and very beneficial in many ways.

I continued to work at my desk until I left the office at 17.00, but was definitely starting to feel the pressure over the TT trademark and the Radio TT, which I will fully explain in a moment.

They do an amazing job each year to ensure that the events go ahead.

Just like on Tuesday evening, once I got home on Wednesday evening I was tagged into various posts relating to a shop in Ramsey which was looking to sell around 65 TT t-shirts to visitors.

In the end I thought it would be best that I actually gave the shop owner a quick call on Wednesday evening, in order to try and explain the current policy around our trademarks and the new guidelines, which were first published in May 2017 after we experienced similar issues on social media.

If anyone is looking to produce any TT related merchandise, then I would encourage them to go though the policy document and guidelines first, and these are available via the Department for Enterprise website, just click on Tourism.

The DfE Motorsport team are there to help businesses and individuals, we just have to be careful around various executive contracts and trademarks, which are designed to protect the island’s biggest tourism event.

It is worth mentioning at this stage that the Department takes all trade mark infringements seriously, whether they occur on or off the island.

Where possible, companies and individuals are contacted discreetly and informed that they are in breach of the Department’s intellectual property rights. They are then, if required, issued with a cease and desist letter requesting them to refrain from selling or producing the items.

If they continue, there are further measures the Department can take to prevent trade mark misuse. In the majority of cases there is no need to take any further action.

As Chris Cave from Manx Radio said during our interview on Thursday, the Department can be seen as a bully by the general public, but I assure Constituents that everything is done with the genuine intention of protecting the event and the income streams which the Department has worked tirelessly to build up over the past few years.

Just to give people the actual figures and data, the DfE Motorsport team now generates £3.138 million of income from the TT and the Classic TT, or £2.99 million from the TT this year, and all of those funds are ploughed straight back into the events, which has generated around £34.1 million of economic value for the island.

It also gives around £5.7 million to the Manx Exchequer.

It was only a few years ago that we were generating just a few thousand pounds from these events, and we certainly are not discouraging any businesses on the Isle of Man, but we have to give an element of protection to our sponsors.

In those days the Isle of Man TT had an open chequebook, money no object…. unfortunately, those days have gone and even the island’s biggest tourism attraction has to pay its way, which isn’t easy because these events are owned, loved and supported by most people living here on the Isle of Man.

Manx Radio “Talking Heads” had the topic on the second half of the programme on Friday and I certainly received a royal kicking – but that goes with the job.

One person phoned in to say that they thought I was a better MHK than that, which I have to take on the chin… but I was elected to make those very difficult decisions and is up to me to explain these decisions to Constituents and the wider public.

It does surprise me as to what creates a social media wildfire at times….

By the time I had answered various messages and drafted a long e-mail it was almost 21.00.

The other topic that has caught people’s attention this week is the new look Isle of Man Radio TT.

There has only been a few changes, the programme is on air from 9.30am each day during TT and we have lost the chat show in the morning, which has moved into a new afternoon slot.

If people genuinely have any feedback relating to the new look Radio TT, then drop me a quick email via rob.callister@gov.im and I will forward all correspondence on to the team.

As for Thursday, it wasn’t possible to take the whole day off with so many things going on at the moment. So I headed into the office at 8am to respond to a few TT related issues, which was taking up a considerable amount of time this week.

Just before 10am I headed up to Manx Radio to do a few interviews also relating to the TT trademark issues, which I fully sympathise with, but we do have to protect our sponsors.

I was up at Manx Radio for around an hour as I spoke to a number staff members.

From there I went to Tesco to grab a few things for the weekend, headed home, then back to the office for around 13.00 to finish off any remaining items before leaving the office at 17.00 for a few days.

Both practice sessions scheduled for Thursday were cancelled because of the poor weather. We certainly need some luck if we are to get through the TT race schedule next week.

At 19.10 we headed down to the airport to collect my brother Peter who is on island for a few days.

I had also scheduled to take Friday off to spend some time with Peter, but in the end I started working at home just after 7am, in order to respond to various emails etc.

With the Isle of the Man continuing to be hit by even more rain on Friday, I took full advantage of the extra time, so I headed into the office to continue to work on a few things.

I even put my brother work, before we headed into town for some breakfast.

It also gave me another opportunity to speak to numerous visitors, including some that were heading home without actually seeing any practicing at all….

Both practice sessions on Friday were cancelled, and it certainly has been a miserable week for visitors.

As for the weekend, well it really does depend on the weather – if the rain stops for long enough then I will be up at the Grandstand, but the weather forecast for the whole of next week is also hit and miss…