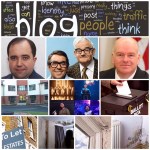 After a very busy period over the past couple of weeks, it has been difficult this week to adjust to a slightly slower pace, especially with no Parliamentary sittings to prepare for until October.

Over the summer period Department and Constituent work will continue, but I am hoping to take a couple of weeks off at some point, in order to work on the house and garden, along with building some new garden furniture, which could be interesting.

The weather on the Isle of Man over the last month or so has been pretty poor, but hopefully Ellen and I will be able to head out for a few long walks in August and September, as our Baltic holiday booked in September was cancelled, just like so many other family holidays this year due to Covid-19.

Upon reflection it actually makes our holiday to Alaska last year even more special.

As for the Coronavirus (Covid-19), the Isle of Man has now gone 73 days with no new cases, which is excellent news.

At the media briefing on Thursday the Chief Minister Howard Quayle, MHK and the Health Minister, David Ashford, MHK delivered what everyone hopes was their final Covid-19 briefing to the people of this island.

As the Chief Minister outlined at the media briefing, as the island slides back into our routines, it is perhaps easy to occasionally forget where we have come from in such a short space of time and all that we have achieved together.

He also acknowledged the hardship as a result of the pandemic, the increased level of unemployment and the sectors of the Manx economy that continue to struggle, and the challenges we face to restore the prosperity of our island for all.

In signing off, two Ministers quoted the famous line from the “Two Ronnies” – “so it’s goodnight from me, and it’s good night from him’”…..

As for last weekend, more heavy rain and strong winds, which meant that we were still unable to lay the new patio area in our garden, so with a couple of hours to spare I took the opportunity to go through my first DOI agenda pack on Saturday morning ahead of the actual department meeting on Monday afternoon.

At first glance I was very surprised by the level of information, reports and division papers available to political members, I definitely wasn’t expecting that, but it certainly gave me a good overview of the work going on at the moment and some of the challenges facing the department.

At lunchtime I headed into Onchan village after being invited to a constituency meeting, which was attended by around 25 residents who wanted to highlight the loss of a particular service that is so vital to them. It was an excellent meeting that lasted just over an hour, but plenty of work for me pick up on Monday and Tuesday this week, in order to try and help get the service reinstalled.

Unfortunately, the weather on Sunday wasn’t much better, but Ellen and I still managed to get out for a short walk in between the showers.

I went back into the office before 8am on Monday, but my original plan was for me to take a few hours off in the morning to help my good friend Ian to lay the new patio area, but once again the heavy rain ensured that the work was delayed for another day or so.

Therefore, I headed into the office to draft a couple of letter templates in respect of the meeting I attended on Saturday lunchtime. I was also able to fully catch up with any outstanding correspondence and a few ongoing Constituent issues.

Just before 13.00 I headed down to the Sea Terminal for the DOI department meeting that started with a Minister and Political Members meeting. This was followed by the Department meeting, which focused on Housing and Highways on this occasion, along with going through DOI Division updates.

A very long meeting in many ways, but it was also a very productive meeting, which lasted over three hours. I headed home towards 17.30, but I still needed to catch up with a few things before finishing for around 19.00.

Normal 8am start on Tuesday and the first couple of hours were spent in the office putting together some correspondence using the template I generated on Monday, which was in response to the Constituent meeting I attended on Saturday lunchtime.

Just before 10am I headed over to the DfE for a meeting with the Minister and the Motorsport team as we reviewed a couple of ongoing projects which could be politically difficult.

Straight back to the office for three Constituent meetings. The first one was a general catch up and looking at one particular piece of legislation, which is currently being reviewed by a Tynwald Committee.

The second one was a request for help and advice and the third meeting related to active travel.

A short break to catch up with a few things before heading down to the Sea Terminal once again for a DOI Policy and Strategy meeting, which included a presentation on the heritage trail in the North of the island.

The last hour was spent in the office before heading home for around 17.15. On Tuesday evening I spent some time going through the Landlord Registration (Private Housing) Bill and the 2015 Committee Report, along with its recommendations.

As for Wednesday, a lot of time was spent at DfE. My first meeting was at 9am with the Director of Motorsport, in order to obtain a general update from the team. This was followed by a wider TT focus group, which involved the political members and DfE officers as we took a closer look at our flagship event.

That meeting lasted a couple of hours and from there it was straight back to the office to dial into a tourism meeting with the Head of Tourism and the Chair of the Visit Agency. Just before 13.00 I walked over to Bar George to meet up with my good friend, Alex Toohey for lunch.

I am happy to mention Alex in this week’s blog, especially as he helped secure two votes for me when standing outside the polling station at the Onchan Community Hub back in 2016…!

Anyone who has been to the Gaiety Theatre over the last few years will certainly know the name. Alex played Jean Valjean and David Artus played Javert in Les Miserables at the Gaiety in 2019, which was an amazing production.

Anyway, that is enough of promoting his fantastic talents on the stage….

Also at 13.00 on Wednesday lunchtime the nominations for Douglas South by-election formally closed, and we now know that ten people will contest the two seats for the House of Keys in next month’s by-election.

The nominations have certainly thrown up a few surprises.

Anyway I wish them all the very best.

The rest of the afternoon was spent in the office continuing to go through the Landlord Registration (Private Housing) Bill 2020 and the findings of the 2015 Committee, along with meeting up with an old boss for a coffee mid-afternoon.

On Thursday I was in the office before 8am, in order to prepare for the Isle of Man Visit Agency, but due to technical issues involving “Teams” and the Government systems at the moment I wasn’t able to actually log into the meeting, which was very disappointing.

I could have walked over to DfE to attend the meeting in person, but I was feeling a little under the weather at the time.

Instead I took the opportunity to catch up with a few things in the office, which will enable me hopefully to take a couple of days off next week.
At 12 noon Marlene Maska, MLC and I had a meeting DOI Housing officers, in order to discuss the Landlord Registration (Private Housing) Bill 2020, which has just gone through formal consultation.

At 13.00 Marlene and I had a meeting with several private landlords on the Isle of Man who wanted to highlight some serious concerns around the draft legislation. The meeting was difficult at times, but it was still an invaluable meeting, in order to seriously listen to their concerns.

The meeting lasted over two hours, but a massive thank you to the private landlords for giving up their valuable time to attend the meeting, and I can assure them that all the points raised during the meeting will be discussed in the Department of Infrastructure over the next week or so.

A big thank you also to Rebecca from the DOI for taking the notes, which I appreciate greatly. I thought I was being cheeky when asking for someone to take some notes, but the information captured during the meeting will certainly help us look at this piece of legislation.

As I mentioned in the meeting, I don’t think any reputable landlord on the Isle of Man is against setting a minimum standard for private rental accommodation, but if we get this particular piece of legislation wrong, then we could certainly increase the concerns around homelessness on the island, and we cannot afford that.

The last couple of hours were sent in the office before heading home and taking the evening off.

Back into the office just after 7.30am on Friday morning and given the technical issues over the last couple of days with “Microsoft Teams” and the government systems at the moment, I took the opportunity to move a number of meetings scheduled on Friday until next week. This meant that I only had one meeting, which was held in DfE.

Ahead of that meeting I was able to clear my inbox and spend some time working a couple of ongoing projects.

I left the office towards 14.00 and took advantage of a quiet day to take a few hours off.

As for the weekend, I am hoping to take the time off and meet with a couple of friends, along with heading out for a walk at some point, subject to the weather.