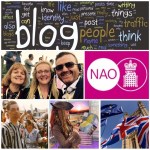 A change of pace this week after a busy Tynwald sitting last week, but I am not complaining because it has enabled me to catch up with correspondence, projects and a lot of reading especially relating to the Education Bill 2020 and looking ahead to the 2020 budget, which will take place in February.

As for last weekend, it was also relatively quiet with just the House of Keys agenda and question paper to work through on Sunday afternoon, along with undertaking some research ahead of an evidence session scheduled on Monday.

I was in the office for normal time on Monday with most of the day taken up with the Public Accounts Committee, a Public Evidence Session and a Tynwald Presentation from two guests that had travelled to the Isle of Man from the UK National Audit Office.

The Isle of Man already has draft legislation from 2011 in relation to the Tynwald Auditor General Act, but it has never received an appointed day order, so sits on the legislative shelf collecting parliamentary dust for the time being….

When I was researching the UK National Audit Office over the weekend I noted that they have a target to deliver £10 worth of financial impact for every £1 spent on running the office. The question is how to measure this through recommendations that deliver direct savings or through improved efficiencies, increased revenue or even a reduction in resources.

This was followed by a Tynwald Members briefing on the topic in the Barrool Suite, which included a Q & A session.

At 15.00 the Director of Motorsport and I had a meeting with a local charity who are looking for some help and support during TT.

On Tuesday we had our first sitting of the House of Keys in 2020. In advance of the sitting I needed to go through a couple of department papers, along with doing a Manx Radio interview relating to the TT launch that is being held at the Mountain View Innovation Centre in Ramsey on Friday 27th March 2020.

From there it was straight into the House for Keys for the sitting, which started with 10 oral questions and 10 written questions.

The Education Bill 2020 received its first reading before the Regulation of Care (Amendment) Bill 2019 and the Sexual Offences and Obscene Publications Bill 2019 received their third reading.

During the third reading of the Sexual Offences and Obscene Publications Bill 2019, the Chief Minister, Howard Quayle, MHK gave a formal and unreserved apology for the island’s former laws on homosexuality.

In another strong statement by the Chief Minister, he said that we will never know the hurt our past laws may have inflicted on our own people. How many suffered, how many perhaps took their own lives and how many left our island never to return?

He also said that the Bill before the House of Keys on Tuesday tries to right some of the historic wrongs and that the Government will give an automatic pardon to men convicted of homosexual activity that would today be legal.

It was nice to see Alan Shea in the public gallery as the apology was read out by the Chief Minister.

I think most people on the island are aware of the events around Tynwald Day in 1991 in which Alan presented a petition dressed in a concentration camp uniform, and I think the uniform now sits in the Manx Museum.

Definitely time to heal, and a time to move on.

The sitting finished towards lunchtime and the rest of the day was spent in the office, but a considerable amount of that time was spent starting to go through the draft Education Bill.

I left the office at normal time.

Wednesday was a simple day in the office, and other than attending a Constituent meeting, an MLC candidate meeting, a meeting with the Southern 100 Club, along with a meeting with the DfE Minister to discuss a couple of ongoing projects, I was at my desk until I went home at 17.15.

An excellent day to clear the decks….

Once home I heard the terrible news that Douglas Councillor Debbie Pitts had passed away at the age of just 47. Debbie followed in her parents’ footsteps by being elected to Douglas Council in 2012 representing the Derby Ward of Douglas.

In 2017 Debbie was elected as Mayor of Douglas, and as the political member responsible for motorsport it was my honour and privilege to welcome the Mayor to the TT Festival that year.

I have so many fond memories from that particular day in the company of Debbie, along with Linda Curphey and Alex Toohey – such a sad loss, at such a young age.

On Thursday I took the opportunity to stay at home, and most of the day was spent at the kitchen table catching up with a mountain of reading or working on a few projects.

The DfE tourism team is currently at Destinations that is being held at the London Olympia once again. My colleague Phoebe from the DfE tourism team posted a wonderful picture on Linkedin in which Captain Jack Sparrow is looking to find his way to the Isle of Man.

What a great picture…..

What I didn’t realise until I read the article was that the individual lived in Onchan and that as a Constituency MHK I had tried to help Peter back in 2018, and that he called me just a couple of weeks ago to discuss a few things.

As an MHK you are left wondering, could I have done more, did I give him sufficient time when he called and did I miss the warning signs…..?

I just simply do not know, I can’t even remember the full details of our discussion at this moment in time.
I certainly pass on my sincere condolences to his family at this difficult time.

Back in the office on Friday, and my first meeting at 9am was with the Managing Director of Manx Gas, Ian Plenderleith. It was good to catch up and the meeting gave us an opportunity to discuss the questions tabled in the House of Keys on Tuesday, the new regulatory agreement and how Manx Gas might look in 15 or 20 years.

My 10am meeting with an MLC candidate was cancelled at the last minute, which gave me an opportunity to catch up with things. Towards lunchtime I had a meeting with Bushy’s ahead of TT 2020, before discussing various topics with the DfE CEO in separate meeting.

My appointment with an MLC candidate at 13.00 didn’t show up, so any chance of support has disappeared.

A quick meeting with the Constituent in Onchan before walking back to DfE for a tourism meeting relating to a possible cycling event being held on the Isle of Man in 2021.

This was followed by a meeting with the DfE Minister, again to discuss various ongoing topics relating to the tourism sector.

Back to the office briefly before heading home at around 17.00.

On Friday evening Ellen and I went to the Manx Motor Cycling Club Annual Dinner, which was held at the Palace Hotel & Casino.

After embarrassing myself last year by paying for a ticket and then forgetting to put the date in my calendar, I made sure that both Ellen and I had it in our diaries this year.

We left around 23.00, remembering it was also the official time for when the UK leaves the European Union after 47 years of membership.

That said, little will change immediately as the UK begins a transition period and this includes the free movement of people until the end of December, by which time the UK aims to have reached a permanent free trade agreement with the EU.

It is certainly a journey into the unknown….