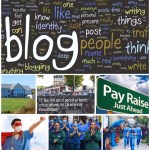 At 11am on Tuesday morning this week the Isle of Man, UK and many other jurisdictions stopped for a minute’s silence to commemorate those frontline workers that have died from the Coronavirus (Covid-19) over the past few months.

It is hard to imagine that more than 100 Doctors, Nurses, Midwives, Carers, Porters, Cleaners, Paramedics and other frontline staff in the UK alone are amongst those who have been infected and died from Covid-19 over the past few months, but many media outlets in the UK have the figure a lot higher.

As the world continues to battle this horrible pandemic our NHS professionals and frontline workers continue to risk their own lives to give service to those most vulnerable in our communities at the moment – and I salute each and every one of them as genuine “Superheroes” of our time – thank you so much….

Here on the Isle of Man the number of new confirmed cases of Covid-19 continues to fall as the Manx Government look at lifting some of those restrictions that have been imposed on people over the last month or so. However, the message continues to be very clear from the Manx Government: “Stay Safe, Save Lives” and “Play your Part” in tackling one of the greatest challenges to ever face our island.

The island certainly feels a lot busier this week with more traffic on the road as more and more outlets and businesses start to re-open, but under strict social distancing rules, which will be part of our daily lives for many months to come – the world certainly feels a different place.

A few other stories also caught my attention this week. Tynwald Members’ pay was under the microscope once again as both Manx Radio and Isle of Man Newspapers asked Tynwald Members if they had accepted or declined the 2.75% increase that they were due to receive in April.

Personally, I had already made the decision in the middle of March to decline the pay increase, which would have been inappropriate to accept at the moment. However, any decision that Tynwald Members might make in respect of pay in the current climate can only be described as “tokenism”.

It is also worth mentioning that Tynwald Members’ pay is negotiated by the Public Services Commission and not by Tynwald or a Tynwald Committee, and that this particular pay reward was part of a three-year pay negotiation, which included the majority of Government employees.

It is also fair to say that the overall finances of each Tynwald Member are also very different, and although the basic pay and expenses for all Tynwald Members are the same, certain roles provide additional uplifts to reflect the extra responsibilities etc.

Happy to enclose a link to the details of the remuneration and allowance paid for Tynwald Members, along with the relevant uplifts paid.

However, the whole matter of Members’ pay is currently under review.

Another story relevant to my political responsibilities relates to an article that was published this week by the Motorcycle News (MCN) entitled “TT Fans Pay the Price” – not an easy article to read as the political member responsible for tourism and motorsport, but overall I felt it was balanced and fair, and I sincerely thank Dan Sutherland at the MCN for that.

The tourism sector across the world has been decimated over the past four months, and here on the Isle of Man we have to remember that the Covid-19 pandemic comes on the back of the ongoing concerns around the Douglas promenade scheme over the last year and the collapse of the regional airline Flybe.

The Douglas promenade represents around 70% of the island’s total bed-stock for our tourism sector, and the loss of key events such as the TT fortnight have once again highlighted the precarious financial position that so many of our hotels currently find themselves in.

Not an easy situation for everyone involved, especially for the hotel sector that clearly set out their terms and conditions at the time of the booking or for some TT fans that are now unable to obtain refunds via their own travel insurance or unable to have their bookings transferred into 2021.

I know that some accommodation providers have moved bookings forward for the TT Festival in 2021, which I applaud but this may create some financial difficulties for those businesses next year.

I am also aware of many hotels and accommodation providers that have offered a full refund whenever possible, but financially some hotels simply cannot offer a refund, and as the political member, it would be inappropriate for me personally to interfere with those individual business decisions, especially when I have seen those terms and conditions.

Anyway let’s move on, nothing really to report from last weekend as Ellen and I were able to spend a considerable time in the garden pulling down a greenhouse and getting some painting done, but we also managed to get out for a walk on Sunday morning.

As for Monday, I was at the kitchen table for 8am and the first couple of hours were spent catching up with emails and a number of DfE papers relating to the cancellation of the TT, along with the agenda pack for the Department of Home Affairs meeting.

I also spent a couple of hours on the phone dealing with an individual enquiry relating to an employment issue, but mainly relating to payments or applications for support that have been declined. I genuinely appreciate everyone that has taken the opportunity to call me for help or advice this week.

Mid morning I headed into the office as I needed some information and reports, in order to help me to draft a few letters. At 12 noon there was a Tynwald briefing from the Department of Infrastructure, which gave an update on the Department’s current activities and some of the challenges they have faced over the past few weeks.

They also gave an update on future projects and works, which included the Douglas promenade scheme. I left the office just before 14.00 in order to get home, ready to dial into a joint meeting between DfE and the Manx Motor Cycle Club as they discussed this year’s Classic TT and the MGP event.

A formal announcement on that decision will be made in due course.

At 15.00 there was an Economic Policy and Priorities team meeting between the Treasury and DfE as we start to look towards the future after Covid-19. After a short break to catch up with emails and phone calls, there was a Department of Home Affairs meeting that started at 16.30, but the agenda was relatively light this week.

I was able to finish for around 17.30, so Ellen and I headed out for a short walk.

A change of pace slightly on Tuesday as I headed out for a short walk along the promenade before going into the office for a couple of hours to put some letters together. I was then able to spend an hour shopping and calling into B & Q for the first time in over a month, which was a relatively pleasant experience.

Back home to start working on the Tynwald Order Paper, catching up with correspondence and returning a few calls.

At 14.15 we had a virtual sitting of Tynwald, which included one emergency question from the Speaker, Juan Watterson, SHK relating to the key indicators that the Government used around the quarantine being imposed on Manx residents returning to the island.

The update statement from the Chief Minister, Howard Quayle, MHK once again generated a considerable amount of questions from Tynwald Members. This was followed by nine Motions, seven of which were tabled under the Emergency Powers Act 1936.

The Tynwald sitting finished at around 17.15, so I was able to finish for 18.00 once I returned a couple of calls and emails.

After a few weeks of unbroken sunshine the weather on the island finally changed as we woke up to prolonged periods of rain on Wednesday morning. This ensured that I was at the kitchen table for 8am in order to go through the DfE agenda pack.

At 9.30am there was a Political Meeting with the DfE Minister ahead of the Department meeting which lasted around 90 minutes and included several decisions around the TT Festival.

Once the meeting finished I was able to catch up with a couple of things along with starting to prepare the first of three speeches that I will need in Tynwald at some point in the future.

I then started to prepare for the Select Committee of Tynwald that has been asked to review the Fireworks Act 2004 and a public petition.

The Committee session via “Zoom” got underway at 14.00, in order to take evidence from the original petitioner, which finished just after 15.30. From there it was straight into an economic workshop between Treasury and DfE members looking towards the island’s economic recovery.

Unfortunately, I had to leave that meeting slightly early to attend the second evidence session of the Select Committee on the Fireworks Act 2004 that got underway at 17.00.

The early part of Thursday was spent in the office printing off some documentation and reports and drafting a couple of letters that I needed to send out. At 10am I had a meeting (via Teams) with the Head of Tourism, which gave us an opportunity to have a catch up and to discuss a couple of particular tourism related papers and issues.

I managed to get home for 11.30am and the rest of Thursday and most of Friday was taken up with work relating to the Public Accounts Committee (PAC) in readiness for the PAC evidence session being held on Friday morning.

At 12.45 we had the first of several Committee meetings to look at Covid-19 and how the Government responded, and the first session looked at the repatriation of Manx residents and the enforced quarantine at the Comis Hotel.

At 14.00 we had the latest virtual presentation from the DHSC, in order to keep Tynwald Members fully up to date with the latest figures, data and information on Covid-19. Again, another excellent briefing that lasted around 90 minutes and plenty of questions tabled by Members.

Friday was all about the PAC as I continued to work through various documents in the office to start with before getting home for around 10.15am. The PAC had a pre-meeting before the actual evidence session got underway at 11am in the company of the Chief Minister, Chief Secretary, CEOs from DOI and DHSC along with a couple of senior Government officers.

I felt it was a good session looking at the repatriation of Manx residents and the enforced quarantine at the Comis Hotel; just a shame that the session was restricted to an hour or so.

Just a short break to return a couple of calls and emails ahead of the PAC meeting up again at 12.30pm to look ahead at next week‘s committee session, which won’t involve me.

The next couple of hours were spent either on the phone, returning messages or looking at a couple of Department papers before finishing at around 16.30.

At the daily briefing on Friday, the Health Minister David Ashford, MHK confirmed that another island resident had died from Covid-19.

This brought the number of deaths on the island to 22: 17 in the community and 5 in hospital, and the total number of confirmed Covid-19 cases stood at 316.

As for the weekend, both Ellen and I are hoping to head for a walk in the countryside at some point, but I do need to catch up with those projects that are still being ignored.