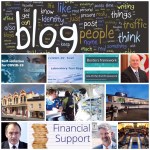 This week the Isle of Man continues to go through a period of change as the Manx Government eased further restrictions around borders, self-isolation and in respect of the costs for Covid-19 tests this week, which is yet another step towards normal life returning once more.

On Monday afternoon, the Chief Minister, Howard Quayle, MHK confirmed that new self-isolation rules would come into force early on Tuesday morning. These included reducing the period of self-isolation from 14 days to a minimum of 10 days, which will also apply to those that are identified as high risk.

At the media briefing on Thursday afternoon, he outlined a number of key changes around the border restrictions that came into force on Saturday (1st May), along with changes to self-isolation rules and a reduction in the cost for Covid-19 tests.

There was also a further reduction in the self-isolation rules for travellers who have been in the UK for 14 days prior to travel, and this was reduced to 7 days isolation, along with testing on arrival and on day 6.

This means that family members and property owners can now apply to travel to the Isle of Man, but a period of self-isolation will be required, along with undertaking two Covid-19 tests on arrival and on day 6 or day 13.

As for my own activities this week, most of the weekend was spent working on the garden room which is slowly coming together. The doors and windows have been ordered, along with the cladding, but unfortunately I couldn’t get my first choice of cladding because of the cost and a shortage of wood at the moment.

By the end of the weekend the roof was on, ready for the rubber sheeting, and the structure was fully insulated, ready for the internal walls to go in, which is a job for this weekend.

I still had to catch up with a few bits of works and a couple of constituent calls, but still a nice way to spend the weekend.

On Monday I was back in the office for 8am and it was mainly a day spent at the desk just working on various things. At 10am I had a virtual meeting with the Ramsey Town Commissioners, which was focused on tourism activities and how we can generate more tourism and business opportunities in the town.

The meeting lasted around an hour, and in between that particular meeting I was on the phone for over an hour with issues around Covid-19 testing, Crosses in Maughhold and a public meeting held in May, along with concerns being raised around the island’s first time buyers schemes.

The last couple of hours were spent in the office before heading home for around 17.00.

As for Tuesday, I was in the office for normal time ahead of this week’s House of Keys sitting, which started at 10am with 14 oral questions and 9 written questions. Another difficult sitting in many ways with strong words exchanged between a number of members in respect of the costs for the new Isle of Man Ferry Terminal in Liverpool and on the patient transfer tender process, which was rescinded by the Health Minister, David Ashford, MHK.

Once question time had finished, we then had the first reading of the Housing (Miscellaneous Provisions) (Amendments) Bill 2021, along with the Animal Welfare Bill 2021, which was then voted down in the Keys.

A considerable amount of time before and after lunch was taken up with consideration of the clauses relating to the Adoption Bill 2021 that took this week’s sitting up to 15.15.

This was followed by the Enterprise (Aviation and Merchant Shipping) (Miscellaneous Amendments) Bill 2021, which also went through its clauses stage. The final few items on the Order Paper related to consideration of Council Amendments in respect of the Climate Change Bill 2020, Human Tissue and Organ Donation 2020 and Sky Lanterns and Balloons (Prohibition) Bill 2020.

This week’s sitting finished at around 16.15 and the last hour was spent catching up with a few things before heading home. I also managed to get a quick hour in the garden installing some insulation boards into the new garden room.

Back in the office for the 8am on Wednesday and the day started by going through a few department papers, along with DOI agenda pack, which was relatively heavy this week.

At 10am I attended a virtual tourism meeting, which continues to look at the visitor accommodation transformation vision, and more importantly the direction that the island’s tourism accommodation sector should take, in order to attract more visitors to the island over the next few years.

Just time to catch up with any remaining DOI agenda items before walking to the Villa Marina at 12 noon for a joint workshop with the DfE and Treasury Ministers, Political Members and Senior Officers from the two departments. Last April the two teams came together at the Palace Hotel to look at possible Covid-19 financial schemes, and from those initial discussions and workshops various schemes have been put in place over the past 13 months, which has benefited so many businesses and individuals throughout the Covid-19 pandemic.

This time the two departments looked at mitigation and an island living with Covid-19 in the community, which could potentially disrupt business activities further, especially hospitality and other key sectors when new cases are confirmed in the weeks and months to follow.

13 months ago the island came to sudden halt due to this horrible pandemic, so it was absolutely right that the Manx Government urgently stepped in to offer financial support, and ongoing financial support to key industries and to save local jobs. However, the burning question remains, should that financial support continue for the foreseeable future, especially when confirmation of new cases of Covid-19 could potentially affect businesses such as hospitality.

As I mentioned previously I had a meeting with the Clerk of Ramsey Town Commissioners on Monday and he could clearly see a difference in and around Ramsey once a government media statement confirmed new cases of Covid-19 in the North of the island, which then seriously affected local shops, pubs and restaurant bookings etc.

If nothing else it highlights the power around these public messages, statements and media briefings. As the island moves into the mitigation stage of Covid-19, maybe, just maybe it is time to stop the media briefings unless there is an unexplained case in our Community or a Covid-19 cluster. Instead maybe the Cabinet Office should simply update the Government website as and when a new case has been identified.

I have also followed Manx politics for many years and have always applauded the MHKs who raise questions each week in the House of Keys, but I have never given any consideration or thoughts to the MHKs, Ministers and Departments having to make these very finely balanced decisions on behalf of island residents.
It was an excellent workshop between the two departments, and none of these decisions are going to be easy, especially when we know that the Manx Government also continues to lose income itself, along with paying out millions of pounds in support over the past 13 months.

From the workshop I needed to race down to the Sea Terminal for the DOI meeting with the Minister ahead of the department meeting that got underway at 14.00, which lasted over three hours as it went through divisional updates etc.

I continued to work at home until around 19.30.

As for Thursday I needed to take most of the day off, in order to get some urgent jobs done at the house, which are starting to pile up.

I stopped at 14.00, in order to start going through the DfE agenda pack, along with trying to resolve an ongoing immigration issue on behalf of a Constituent, which was proving difficult. A massive thank you once again to the staff in the Isle of Man immigration office for all their help this week in resolving that particular issue.

I also needed to catch up with various bits of legislation, along with going through the House of Keys Order Paper for next week, which should free up the bank holiday weekend except for any constituent issues.

Back in the office just after 7am on Friday morning, in order to catch up with a few bits of administration. I also needed to get through a couple of department papers before walking over to DfE at 10am for the department meeting, which was moved from its usual Wednesday morning slot.

Back to the office briefly at lunchtime before heading home at lunchtime, in order to take the rest of the afternoon off. The DfE Minister, Laurence Skelly, MHK on Friday afternoon also confirmed that he will not be standing for re-election to the House of Keys in September.

Instead he will be putting himself forward for the role of President of Tynwald, which will be voted upon at the beginning of the July sitting. If he is unsuccessful then he will bow out of Manx politics after 10 years of loyal and dedicated service to the Isle of Man.

Personally, I feel Laurence has been an excellent Minister during this administration, a very good friend. I definitely learnt a lot under his leadership over the past few years, especially around delegation of responsibilities and duties etc.

I wish him, Jackie and the family all the very best for the future.