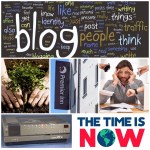 Government is still to identify a particular area covering 150 acres that is needed to plant the trees, which will also include a cycleway, walking and horsing trails.

Businesses, residents and local authorities are also being encouraged to get involved, and to identify suitable areas for a further 1,000 trees.

I don’t know if it is just me but certain things surrounding the whole Climate Emergency at the moment seem a little rushed, and as an MHK I am continually left with more questions than answers.

For example, how much CO2 emissions does the Isle of Man actually produce per annum as a nation, and how much of this is already offset against the many woodlands and plantations we all enjoy….

I am also mindful that back in 2017, DEFA confirmed that Phytophthora Ramorum, colloquially known as sudden oak death remained a real problem across the Isle of Man.

Were the trees ever replaced and how much CO2 emissions can be offset by replacing 1,111 acres of larch trees?

The Isle of Man unlike a few other similar jurisdictions continues to be a green and beautiful place to live, and I am certainly not against planting more trees, I am just getting a little confused with the information and data available at the moment…..

Although I fully supported Lawrie Hooper’s amendment in Tynwald this month to aim to achieve net zero carbon emissions by 2035, I just want to see the overall strategy and details on the actual costs etc before we over commit the Isle of Man.

It isn’t my analogy, but someone mentioned that we don’t want to commit the island to Betamax, only to discover the world is actually using VHS….

I certainly need to do a lot of research over the summer months.

There was also the “The Time is Now” march here on the Isle of Man on Wednesday, which linked up with the march taking place in London.

The march was calling for fossil fuels to be kept in the ground, more ethical investment and fare-free public transport here on the Isle of Man.

Anyway, back to this week….

With Ellen still off island visiting family in Sheffield on Monday, I took the opportunity to get into the office at 7am. It wasn’t a busy day in respect of meetings or briefings but I still had plenty of things to do…..

After catching up with various admin tasks in the office, it was straight into drafting some Constituent letters relating to an ongoing project – I will post further details on social media towards the end of July or going into August.

Unfortunately, given the urgency of the task and some restrictions on time I wasn’t able to attend the Springfield Coffee morning as promised, so I offer my sincere apologies to those residents.

With Tynwald Day celebrations just around the corner and family visiting next week I am certainly heading towards a busy period, and I also need to complete a couple of other Constituent related projects before the end of August – well that is my aim…

I am still hoping to sign up for an online education course before the end of August also, but we will see.

At 12.30 I headed up to the Barrool Suite for a presentation given by Hospice Care and their plan for integrated palliative and end of life care (2018 to 2023), which is a very emotional topic and it certainly makes you think about your own end of life.

Maybe it is because I am turning 50 this year, but I am certainly starting to think about my final arrangements, which is a little morbid, sorry – but it is something that we all have to consider at some stage of life….

I love the aim and the approach taken by this particular organisation, which is to strengthen compassion in the Isle of Man, which I wholeheartedly support, along with developing a co-ordinated care system around the individual and to allow citizens to come together to offer them a better end of life care plan.

Unfortunately, I needed to leave the meeting slightly early because I had already scheduled a meeting with a Constituent at 14.00.

The meeting related to an ongoing medical negligence case, which I have been involved with since being elected to the House of Keys.

Later on I drove down to the airport to collect Ellen.
Back into the office for 8am on Tuesday for the final House of Keys sitting of this Parliamentary Session.

Before the House of Keys sitting, I continued to go though the DfE and Public Accounts Committee agenda packs.

The final House of Keys sitting got underway at 10am on Tuesday with 9 Oral and 10 written questions, and there were a few very strange questions being asked this week.

From there it was straight back to the office just after 11am for a couple hours before most House of Keys Members walked down to the Ticket Hall for the Speaker’s Lunch at 13.15, which is an annual event that marks the end of another Parliamentary year.

From there I took the opportunity to walk home before continuing to work on the DfE and PAC agenda packs until around 19.00.

I also had to draft various Constituency correspondence before finishing.

Personally I have been struggling over the last couple weeks with mental tiredness as I am unable to switch off from various things going on at the moment, which is extremely difficult for me to explain in a few words.

It certainly isn’t affecting my sleep and I fully acknowledge that a lot of people are in a worse position than me at the moment, so I just need to find a solution…

Anyway, I was in the office for 8am on Wednesday for a very difficult DfE Meeting.

The first hour was spent going through my notes ahead of the usual Minister and Political Members meeting that started at 9.30am, and it was certainly a lively meeting amongst the Members in respect of one particular topic.

At 10am we had a presentation from Jess on branding before we got into the main order paper, and the meeting was dominated by one particular topic. Unfortunately I can’t give further details at this stage, because it is still very much an ongoing item.

Definitely one of the most difficult meetings I have had, but top marks to the DfE Minister, Laurence Skelly, MHK as he is always prepared to listen to an alternative point of view from his Political Members.

The meeting finished towards 13.00 but I had to cancel a lunch engagement due to a Members’ briefing on “Future Funding for Nursing and Residential Care”, which was scheduled by the Policy and Reform Minister, Chris Thomas, MHK.

This also meant that I wasn’t able to attend the “The Time is Now” march that gathered outside the Legislative Buildings at 13.30 calling for Climate Change on the Isle of Man.

At 14.00 we had our Public Accounts Committee meeting, which also took evidence in private in respect of an ongoing enquiry, which I am sure the Committee will report on in due course.

I left the office at 17.15 after a very busy day, but I still needed to catch up with various phone calls and emails before finishing at 20.00.

Although I slept well on Wednesday evening I was wide awake by 4.15am on Thursday morning, so I took the opportunity to stick my trainers on and head out for a walk up to Sign-Post Corner, through the Onchan village and along Governors Rd etc.

The weather was fantastic and I managed to do 5.3 miles in one hour and eight minutes before heading back to bed for an hour, but I still managed to get into the office just after 8am.

Most of Thursday was spent in the office going through various jobs and chores.

There was plenty of reading and I need to go through the Building Control Act 1991 on behalf of a Constituent along with drafting a letter, which will be sent out next week.

Just before 12 noon I headed to the new Premier Inn Hotel, which was formally opened by the DfE Minister, Laurence Skelly, MHK.

After the formal opening and speaking to various people, I was given a tour of the hotel, which was very impressive especially the bedrooms, and I am looking forward to see how the hotel develops over the coming months and years.

Once back in the office I continued to work on the Eastern Area Plan and other projects before leaving the office at 17.15.

The weather this week has been fantastic so Ellen and I both headed out for a walk at 5.30am on Friday morning, it is a beautiful time of day…. very little traffic…

As for the rest of Friday, well it was a mixture of doing chores at home before family visit next for Tynwald Day next week and working on a few projects from home. It certainly wasn’t the hardest day of my week.

As for the weekend, Ellen and I will be supporting an Onchan charity, the Manx Blind Welfare Society at their Summer Ball on Saturday evening.

On Sunday morning I will be boarding the Seven Seas Navigator Cruise Ship which will be making its maiden visit to the Isle of Man and in the afternoon we will be attending the Armed Forces event being held at the Villa Marina.