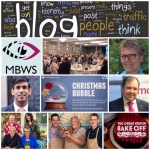 With England due to come out of a second Covid-19 lockdown next week, the UK Government has published details confirming that 99% of the population in England will continue to live under the two toughest lockdown tiers between 2nd and 23rd December, that’s if the vote goes through in Westminster next week.

Only the Isle of Wight and Cornwall will go into tier one.

For me personally it isn’t the coronavirus pandemic that is scaring me at the moment, but the amount being borrowed by the UK Government to fight Covid-19. The Chancellor, Rishi Sunak confirmed on Wednesday that the established borrowing in 2020/21 will be around £394 billion, which is the highest level of borrowing outside wartime.

The Office of Budget Responsibility has already estimated that around £20 to £30 billion will have to be made up from cuts or tax rises to balance the books, and they also advised that the UK would have to find a further £10 billion if the UK exits the European Union without a trade deal.

On a more positive note, the UK Government will introduce a “Christmas Bubble” between 23rd to 27th December, which will allow people across the UK to meet up with two other households to form a “Bubble”, but only in a private home, place of worship or a public outdoor space excluding pubs, restaurants and bars etc.

Here on the Isle of Man life continues as normal and I saw an article this week saying that around 8,000 people attended the Christmas Lights switch on in Douglas last week, which is fantastic.

That said, Christmas is fast approaching and I am receiving more and more requests every week from Constituents who want to bring family and friends to the Isle of Man for Christmas. I was hoping that the Council of Ministers would look again at the current rules, especially for those people born on the Isle of Man but currently living in the UK for work or long term training or education.

Unfortunately, at the Thursday press conference the Chief Minister, Howard Quayle, MHK confirmed that the Isle of Man would remain at level 4 in respect of our borders until the New Year, which will bring heartbreak for those who are declined a travel request to come to the Island to see family over the Christmas Holidays.

For me personally I wanted to bring my older brother, Peter back to the Isle of Man this year, but it just isn’t possible.

The Isle of Man also lost another resident to Covid-19 this week when former Malew Commissioner, David McWilliams passed away at a hospital in the North-West of England. I knew David well and we had various discussions over the last four years. My thoughts and condolences go to his family and friends at this difficult time.

Let’s move on – as for my own schedule this week, on Sunday morning my good friend Tim Crookall called around for a coffee and a catch up, but I took the opportunity to get him to help me move the wood store I built a few months ago – and boy, was it heavy.

On the way back to the car that was parked in Ham and Egg Terrace Ellen and I stopped to admire a property that was being fully renovated, and within a few minutes we were being invited in to take a closer at the work being undertaken over the past couple of years.

That sort of thing just wouldn’t happen in the UK and it really does show how unique and friendly the Isle of Man is, with a real sense of community.

As for the rest of Sunday, I needed to go through a planning appeal, which took a couple of hours, along with going through part of the House of Keys Order Paper, before finishing at around 17.30.

On Monday I needed to start at around 6.30am, in order to deal with any outstanding correspondence before getting into the office for 8am. The first hour was spent drafting a quick correspondence template that I should have drafted over the weekend, but I blame the fine weather and a planning appeal for not finding the time.

Just after 9am I drove down to the Comis Hotel in Santon for the Manx Blind Welfare author’s breakfast, which is always a fantastic event, and a charity that I am always happy to be associated with.

After a wonderful breakfast this year’s author was Rona Halsall who lives on the Isle of Man. She gave a fantastic insight into publishing her very first book, and you would be surprised how many times a book is edited and proof-read before it is eventually published.

It gave a really good insight into the mind of a very successful local writer who has sold more than 250,000 books, and counting.

Back to the office just after 12 noon, which gave me time to catch up with a few things before having a meeting with a local businessman who wanted to give me an update on a couple of business projects.

From there it was straight down to the Sea Terminal just after 14.00 for a DOI policy and strategy meeting, which focused on structural inspections and maintenance, along with introducing a best practice approach. The DOI have around 2,070 assets that need to be inspected, so they certainly have their work cut out, especially with an ageing inventory with the majority of the assets over a hundred years old.

Walking back to the office at 17.00 I suddenly got the sense of Christmas, and I have to say that Douglas town centre looks really good with all the lights switched on. Once home I still had a considerable amount of admin and correspondence to catch up with before finishing at around 20.00.

I was back in the office just before 8am on Tuesday to continue catching up with a few things before heading down to the House of Keys Chambers at 10am for this week’s sitting, which started with 14 oral questions and 14 written answers.

My colleague Lawrie Hooper, MHK then asked for leave to introduce a new Private Member’s Bill to amend the Housing (Miscellaneous Provisions) Act 2011 in respect of compulsory purchases, which was supported.

We then went straight into the third reading of the Medicines (Amendment) Bill 2020 before considering the amendments from the Legislative Council in respect of the Sexual Offences and Obscene Publications Bill 2019.

The sitting finished at 12.20 and shortly after we headed up to the Barrool Suite for a briefing on Smart Meters by the MUA, which will make it easier for people to manage their energy supply.

A booklet will be delivered to all households in the near future.

At 14.30 there was an emergency sitting of Tynwald, in order for the DEFA Minister to move the European Union and Trade Act 2019, which didn’t receive sufficient support in Tynwald last week mainly because members were not given sufficient time to review the paper, which had more than 300 pages.

This is a warning to all Departments not to present late papers with little or no notice. If nothing else it is disrespectful to Tynwald Court and to Members, but the actual sitting itself lasted only around 30 minutes.

The last couple of hours were spent in the office, and on Tuesday evening I still had a lot of work to catch up with, along with going through the DfE agenda pack but I made sure that I was finished for 20.00, in order to watch the British Bake Off final. It has been a great series, especially with Matt Lucas as one of the new presenters.

In the office for the usual time on Wednesday to help resolve two Constituent issues, both relating to travel arrangements over the Christmas period. Just after 9am I walked over to DfE for the usual political team meeting ahead of the department board meeting.

There was no agency update this week. Instead we had another long discussion around TT 2021, which continues to be very complex. I think I saw various articles in the media on Friday saying that a formal announcement is being made on Monday lunchtime, which caught me out because I wasn’t aware of any announcement on the horizon.

As for the department meeting it was relatively straightforward and I was back at the office for 12.30. With no further briefings or meetings I took the opportunity to head home, in order to be able to draft and send out various letters, along with going through the Visit Agency agenda pack before finishing for around 17.00.

On Wednesday evening Ellen and I were delighted and honoured to be invited to a reception being held for David Ashford, MHK at Government House. As David mentioned in his short speech, he thanked the fantastic team in the Department of Health and Social Care for their outstanding efforts since March, but as the Health Minister he has also done a fantastic job.

From Government House it was then a rush to drop Ellen off home, before making my way down to Ballasalla for league snooker, finally getting home for around 22.15.

Thursday morning was taken up with the Visit Isle of Man Executive Agency, which included three product champion presentations on Golf, Walking and Cycling as we continue to look at promoting these particular tourism activities. Again, the Agency meeting was very straightforward and it finished for around 12.30.

Just time to drop off my bag before walking back along Hill Street to meet up with an old boss for lunch, which gave us an opportunity to catch up. The rest of Thursday was spent in the office trying to get on top of things, in order to enable me to take part of Friday off, which I felt I achieved by the time I left the office at 17.15.

On Thursday evening I attended the Isle of Man Municipal Association annual dinner, and it was great to catch up with various friends from the island’s Local Authorities. The dinner was held at the Crosby Pub and the guest speaker this year was the Chief Constable, Gary Roberts who gave an overview of his 37 year career in the police force.

A big thank you to Alison and Graham for a wonderful evening and for making me feel so welcome. I still have fond memories of my time sitting on the Isle of Man Municipal Association.

As for Friday, I still went into the office 8am, but only for an hour. I then took a few hours off to do the shopping, collect and drop off a few raffle prizes, along with getting some chores done around the house.

As for the weekend, I have a few engagements and I need to do some ongoing project work, but hopefully that will only take a few hours.