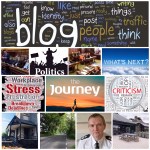 Hard to believe that this administration is almost done, in less than four months the island will have a new House of Keys, a new Chief Minister, new Ministers and no doubt several new House of Keys Members to start their own political journey.

Next month that journey will start again with the election of a new President of Tynwald, which will happen on Tuesday 20th July, At the moment there are just two candidates standing, the current Speaker Juan Watterson and his Rushen colleague Laurence Skelly.

In 2016 twelve fresh faced MHK’s were elected, but none of them could have foreseen the challenges that the island would face over the past five years, especially around Brexit and Covid-19.

For me personally it has been fascinating journey and I can assure any potential candidate standing in the forthcoming House of Keys General Election that nothing truly prepares you for the pressure that you will feel at times, the criticism you will receive from making those difficult decisions or the anguish and anger you will feel when you are unable to help someone who is facing a life changing decision or simply trying to get through each day…

So why do we put ourselves forward for election? I guess that is the million dollar question. On occasion we get things right and over the past five years I am proud of the number of constituents that I tried to help along the way.

Over the next few months I am looking forward to taking some time out, in order to reflect on my time as a Member of the House of Keys. I would also like to take this opportunity to thank everyone who has shared this journey with me, and to those who have taken the time out of their own busy schedules to read my weekly blog.

Just a few more to write before signing off the final time….

As for the 2021 House of Keys General Election, we know that four members have already signalled their intention not to seek re-election.

In the Constituency of the Middle we already know that there will be two new MHKs after both the Chief Minister, Howard Quayle and Bill Shimmins announced their intention to step down from Manx politics.

The other two are Chris Robertshaw in Douglas East and in Rushen, Laurence Skelly will not be standing again, regardless of his presidential candidacy.

I wish them all the very best for the future.

Some Members will of course be returning in September, but others unfortunately will lose their seats in tough election battles, possibly even to familiar faces.

The reality of this administration coming to an end happened to me on Monday after I spent a few hours going through the mountain of paperwork I had collected over the past five years, along with emptying out drawers and cupboards before I am asked to vacate the office on 12th August.

Although the final House of Keys sitting is next week and the final Tynwald sitting is next month, the department work will continue right up to the election, but it will of course be scaled back to non-policy items.

Ministers of Departments will also continue in their roles until new Ministers have been appointed in October, even if they lose their seats in the General Election – it really is a brutal political system at times, but we all understand the rules when stepping forward for election.

Anyway, let’s move onto this week’s activities. I was in the office for normal time on Monday and with no briefings or meetings, I was able to get my head down and clear out my office.

I also spent a few hours going through the DfE and DOI agenda packs ahead of a couple of department meetings, along with looking at some election items, in order to be able to get out and speak to constituents in the very near future.

Part of the day was also spent reading various reports and papers, which I continued to do at home on Monday evening before finishing at 20.00.

Back into the office for normal time on Tuesday for the penultimate sitting of the House of Keys. Before the sitting I needed to catch up with a couple of constituent issues, along a few more department papers.

Just before 10am we headed down to the House of Keys for this week’s sitting that started with an emergency question on Covid-19. We then went through the main question paper, which had 9 oral questions and 15 written questions for reply.

We then had consideration of the clauses and the third reading of the Local Government (Amendment) Bill 2021 before House of Keys members considered various amendments in respect of the Adoption Bill 2021, Competition Bill 2020 and the Landlord Registration (Private Housing) Bill 2020, which were all accepted by the House.

This week’s sitting finished at around 12 noon, which gave me time to catch up with two or three constituents items before going up to the Barrool Suite for the annual presentation on the Chief Constable’s Annual Report.

The one thing I have always appreciated from the current Chief Constable, Gary Roberts is his honesty, he doesn’t hold back when he gives Tynwald members an update on his annual report.

A lot of areas of concern again this year around drugs, violent incidents, assault on officers and mental health issues, but I am looking forward to reading his full report in due course.

I was then expecting to spend the last couple of hours in the office catching up with one or two things, but I received a request late on Tuesday to attend a Treasury board meeting first thing on Wednesday morning, in order to answer questions on two DfE motorsport papers.

This meant that I spent the rest of the afternoon going back over the papers and making various notes, in order to try and second guess the questions that the Treasury Minister, the political Members and Officers may ask.

On Tuesday evening just after 18.00 I headed into Onchan village to attend a meeting with a group of Onchan residents who are in dispute with the board of Onchan District Commissioners over a recycling bin. For me personally I feel there is a potential environmental issue given its proposed location near Port Jack, Onchan.

Wednesday was one of those days with back to back meetings. I went into the office for 8am, in order to prepare for the Treasury meeting. This was the first time that I have been politically alone in front of the Treasury Minister and his team. Before the meeting an officer from the DfE motorsport team called into the office at 9.30am, in order for us to go over the paperwork before we went to the Government offices.

Just after 10am we went into the King Orry Room to present an overview of the two finance papers. The Deputy Chief Executive of DfE was online, but it was still a tough battle to get the Treasury team onside in respect of the two papers.

Unfortunately, a lot more work is needed if we are to get the finances.

From there it was straight over to DfE for the department meeting, which had almost concluded by the time I arrived after 11am. Back to the office to catch up with correspondence and to help a constituent with a housing application.

Just after lunch I headed down to the Sea Terminal for towards 14.00 for a political catch up with the Minister ahead of the department meeting that lasted over three hours, and I finally got home just after 18.00.

Wednesday night was league snooker along with the Wakefield Cup, but most of the night was spent responding to a raft of message relating to a post put on social media by the Manx Wildlife, which related to a planning application and the removal of the trees at Braaid Road, St Marks.

This in turn generated a petition of over 12,000 signatures.

As I mentioned in a separate post, it is disappointing to see that Malew Parish Commissioners had “no objections” to the application, because the local authority has “Interested Party Status” and could have easily submitted an appeal on behalf of concerned residents.

Most of Thursday morning was also spent responding to messages, but I did manage to get some work done before my first meeting. I also took the opportunity to call in to Onchan to collect my first signatures for my House of Keys nomination form, and a massive thank you to Ian and Jeanette for doing that – it is very much appreciated.

At 13.00 there was a further presentation in the Barrool Suite, in order to give Tynwald members an update on reforming public sector pensions, which remains one of the most difficult puzzles to fix. As I have mentioned various times over the years, this should have been resolved 20 or 30 years ago…

At 15.00 I had a one to one meeting, in order to review the work of the Isle of Man Visit Agency over the past couple of years.

On Friday I was in the office just before 7am in order to get a few things done before walking down to the Chester Street Vaccination Hub at 8.15am to get my second COVID-19 vaccination. Once again the whole process was very professional, incredibly quick and I was walking back to the office 15 minutes after arrival.

A massive thank you again to all the staff at Chester Street Vaccination Hub.

From there I headed straight into Onchan for a meeting with senior officers at Onchan District Commissioners. This is after a number of articles and stories appeared in the local press and on social media, which then generated a number of calls from concerned Onchan ratepayers.

As a ratepayer of Onchan something has to change, and some of the members that are currently sitting on the board of commissioners seriously need to consider their own positions, because they are no longer serving the people of Onchan or the local authority.

This is also having a serious effect on encouraging new members to come forward and to serve their community. If I am re-elected as an MHK then I will look at this again in October, because I doubt the local authority election will deliver enough change in order to change the character or behaviour of the current board.

Enough said for the moment…

I also took the opportunity to call in. to see a Constituent before getting back to the office towards 11am. The next couple of hours were spent on the phone or dialling into a Department of Health meeting.

At 13.00 there was an update on the island climate change agenda, which was a very interesting presentation. There is definitely a lot of work still to be undertaken if the island is to achieve its goal by 2050.

I left the office at just 14.30, in order to attend one last Constituent meeting before finally going home for a couple of hours. At 18.00 I needed to head South for a Manx National Heritage event for the volunteers, staff and trustees, which was being held at the Bradda Glen.

As for the weekend, a lot will depend on the weather so I will give details next week.