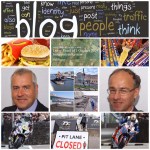 At 13.00 last Sunday afternoon the roads around the island’s TT course were due to fall silent with an army of Officials, Marshals, Volunteers and Fans waiting on the roadside or in their favourite hedge or vantage point with anticipation of the first bikes leaving the grandstand at 13.20 to mark the start of TT 2020.

Unfortunately, the Covid-19 pandemic ensured that this year’s event would be cancelled, so we will never know the stories that would have unfolded, the heroes that would have been born, the legends that would have secured further victories from a course they know so well, acknowledging also unfortunately the tragedies that happen on and off the course – all of which are synonymous with an event that remains so important to this island.

There is no mistaking that as an island we will feel the full impact of the cancellation of TT 2020 in the days, weeks and months to follow, from an event that attracts more than 46,000 visitors to our island each year, who then spend more than £37 million during the two week period.

National contributions are over £27 million and the exchequer benefit from this single event is more than £4.8 million.

As Manx Radio reported earlier on in the week, the cancellation of the TT will seriously affect every element of the island’s retail and hospitality sectors.

Work on the TT 2021 event has already started, but I guess that for many businesses within the retail and hospitality sectors next year’s event cannot come soon enough….

In other news this week, the Chief Minister, Howard Quayle, MHK appointed Tim Baker, MHK as the new Minister for the Department of Infrastructure (DOI), which didn’t come as a shock to many of his Tynwald colleagues.

Tim has certainly taken on some high profile roles since 2016, so the promotion is well deserved and I certainly wish him all the very best of luck over the next year or so.

That announcement meant that the former DOI Minister, Ray Harmer, MHK transfers into the Cabinet Office to take up the role of Policy and Reform Minister, after Chris Thomas, MHK was sacked last week for not following the collective responsibility in the Council of the Ministers.

As for my own activities last weekend, well most of Saturday was spent filling a skip we hired or working in the garden as we desperately tried to take advantage of the fantastic weather that the Isle of Man continued to enjoy.

I still needed to return a couple of calls and emails, but a very pleasant day overall.

Early on Sunday morning it was a quick stop off at “The Caff” on Lord Street to collect a couple of breakfast baps before heading out for another walk. As walks go, the 7.5 mile walk around Douglas, Port Soderick and Marine Drive was relatively straightforward compared to our previous walks from this particular holiday guidebook.

As the political member responsible for tourism and motorsport I am enjoying exploring our beautiful island, and walking in areas of the island that I have never visited before, making me question why I never have….

I am also enjoying using local walking guide books as a reference, in order to put myself in the position of someone trying to explore our island for the first time, which is interesting because even as a Manx resident I still have got myself lost several times along the way.

This particular walk on Sunday started at the Sea Terminal and proceeded onto North Quay into the Nunnery grounds before walking the footpath around the Pulrose Golf Course until we reached Middle Farm.

We then continued along the footpath, only stopping to see the island’s original “Fairy Bridge”, which I have never visited before. From there we continued onto Port Soderick, then Marine Drive, Douglas Head and back to the Sea Terminal.

On Sunday afternoon I was able to start building a new garden archway, which is also something that I have never tried before. If everything goes to plan, then the new archway should be over 5ft long, over 4ft wide and around 6ft tall.

Mid afternoon I needed to turn my attention back to work as the Chief Minister wrote to me last week as the Chairman of the Environment and Infrastructure Policy Committee after the Council of Ministers decided to refer the ARUP Independent Review relating to the Laxey Flooding incident on 1st October 2019, along with the report’s 10 recommendations to our Committee for further review.

This report will take up a considerable amount of time over the next couple of weeks, but I was able to start reading the report and do some initial research.

As for the rest of my week, I was up early on Monday and most of the morning was taken up reading the rest of the ARUP Independent Review report.

I enclose a link to the full report, which certainly makes very interesting reading.

I also needed to go through the DHA Department agenda and budget papers, along with going through various education documents ahead of a Tynwald Members’ briefing that got underway at 12 noon.

The education briefing lasted around 90 minutes and outlined the Department’s plans to open schools later on this month, along with taking various questions from Tynwald Members.

Once the briefing finished I started to look at the House of Keys sitting on Tuesday, especially around the consideration of various clauses.

At 16.00 we had the DHA Department meeting that included a review of the Department’s budgets, which meant the meeting lasted almost two hours.

I still needed to respond to a few emails before finishing at around 19.30.

I started just before 7am on Tuesday, in order to read through two Committee reports, the first one was from the Public Accounts Committee evidence session and the second one related to the Select Committee of Tynwald on the Fireworks Act 2004 and a public petition.

At 10am we had this week’s House of Keys that started with three oral questions and seven written questions. The Keys then considered the clause stages of the Elections (Keys and Local Authorities) Bill 2020, which had 158 clauses along with several amendments for consideration and took a couple of hours to get through.

A break for lunch at 13.00, which gave me time to catch up with correspondence and phone calls before returning to the House of Keys for the third reading of the Elections (Keys and Local Authorities) Bill 2020. This was followed by the clause stages of the Road Traffic Legislation (Amendment) Bill 2020.

The House of Keys finished after a lengthy sitting at around around 16.30, but I was able to finish around an hour later once I caught up with a few things.

Although I had very few meetings on Wednesday, I was still in the office before 7am to work on some correspondence relating to social housing, which I might not get finished before the submission date because the topic is complex and requires careful thought.

I returned home for 10am to dial into a joint briefing to Treasury and DfE members by KPMG, which gave a economic snapshot of the island as a result of Covid-19.

An excellent presentation by KPMG and I am sure that the Treasury Minister and/or the DfE Minister will be giving further details on KPMG’s findings over the next few weeks.

I then continued to work on my correspondence relating to social housing, but I also needed to read through the Isle of Man Safeguarding Board – the learning from a serious case management review in respect of Mr H ahead of a Tynwald Members’ briefing that got underway at 13.00.

A very honest and blunt presentation in many ways, and I can only hope that the recommendations are accepted, but importantly delivered….

I enclose a link to the actual report, which again makes interesting reading.

I still had plenty of reading throughout the afternoon, which covered various topics including the island’s open skies policy, social housing and a couple of Department papers. I also needed to read through the Douglas Promenade Political minutes and agenda ahead of a meeting that got underway at 15.30.

That particular meeting lasted over an hour, but it was good to get the latest information on the Douglas Promenade, along with asking various questions on the behalf of the island’s tourism sector.

I guess the funniest thing I saw this week is the amount of cars queuing along Peel Road and Quarterbridge after McDonalds announced the re-opening of their drive-through – I am not sure I would be prepared to wait a couple of hours just for a Big Mac and some Fries or even a Happy Meal…..

As for Thursday it was a head down day spending a significant amount of time researching ongoing projects, which I have already outlined.

I also needed to start preparing for the Tynwald sitting on Friday afternoon.

At 14.00 we had the latest DHSC briefing, which provided Tynwald members with the stats and figures relating to Cov-19. Once I caught up with any outstanding emails and phone calls I dialled into a Visit Agency meeting, which got underway at 16.00.

A very easy day in many ways, but still a lot of key work undertaken.

Not able to sleep on Thursday night, so I was up and in the office just after 5am on Friday, in order to print off various documents for the next few days.

Just after 9am I tuned into the Environment and Infrastructure Policy Review Committee that was taking evidence from various stakeholders involved with the Douglas promenade scheme, but I was able to keep working on other things at the same time.

At 12 noon there was a DfE Department meeting, which lasted around 90 minutes. Just a short break before dialling into this week’s virtual Tynwald sitting that started with two urgent questions on the Isle of Man borders.

This was followed by a statement from the Chief Minister, Howard Quayle, MHK on the Coronavirus (Covid-19), which continued to generate questions from Tynwald Members.

There were four motions being moved under the Emergency Powers Act 1936, but the one being moved by the Health Minister, David Ashford, MHK relating to the continuance of the Emergency Powers (Coronavirus) (People, Places and Activities) Regulations 2020 was pulled from the Order Paper after a number of Tynwald Members raised concerns on certain sections of the motion being proposed – definitely the right decision.

The sitting finished for around 16.30.

As for Covid-19 there have been no new confirmed positive tests for coronavirus for 16 days, which is fantastic news. This also means that the Isle of Man has no active cases and the total number of confirmed cases remains 336.

As for the weekend, I need to work on those projects along with preparing for Tynwald.