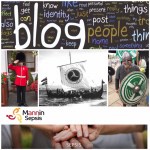 Attention this week focuses towards Tynwald Day (Laa Tinvaal) and various activities being undertaken as part of those celebrations.

For those reading my Blog and not familiar with Tynwald Day, it is our National Day here on the Isle of Man in which Members of Tynwald convene at St John’s instead of Douglas.

The morning starts with a service in the Royal Chapel and this is followed by an open air service on Tynwald Hill, in which all Acts that have received Royal Assent are promulgated.

If any Act is not promulgated within 18 months then it ceases to have effect.

The Manx public are also given an opportunity to present petitions on Tynwald Day, and there is on occasion a peaceful protest or two of some description…

Once the formal procedures are all finished there are always plenty of other activities and celebrations going on throughout the day.

Just stepping back to last weekend for a moment, I woke up on Saturday morning to the news that a flight I booked around 12 months ago from Canada to Manchester had been cancelled, which was a little annoying to say the least.

The flight relates to a special holiday that I have been planning for a couple of years as a way of thanking Ellen for all her support since 2012, and not forgetting that we were unable to properly celebrate our 10th wedding anniversary in September 2016 (the day after the general election…).

Anyway, on Saturday afternoon when I had finally calmed down I thought I would give the airline a quick call on the number provided. After being put on hold for almost an hour (58 minutes) I got eventually through to a very nice lady, only to discover that I was calling Montreal, Canada and not Air Canada in the UK.

You can imagine my shock – Ellen and I spent most of Saturday and Sunday guessing the total cost of the call.

On Saturday evening Ellen and I attended the Manx Blind Welfare Society Summer Ball, which was held again at Woodbourne House, Douglas and this year’s theme was James Bond – “For Our Eyes Only”.

A massive thank you to all the staff at the MBWS and to our table companions for making it a wonderful evening, especially Hillary who also mentioned that she enjoys reading my weekly Blog, thank you so much….

A quick plug for the MBWS “Coast to Coast” walk from Douglas to Peel via the old railway line, which will be held on 8th September 2019. We really enjoyed the event last year and would encourage people to get involved and to support the work of this amazing local charity in the heart of Onchan…

More details can be found via the MBWS Facebook Page.

On Sunday morning I was invited on board the “Seven Seas Navigator” Cruise Ship, in order to make a formal presentation on behalf of the Isle of Man.

The tender to and from the ship was a little rocky to say the least, and on the way back through Douglas Harbour I started chatting to the Hungerford family from Virginia, USA.

With an hour or so to spare I took them on a tour, which included Douglas Head, Tynwald Hill, St John’s and into Peel, which was something different…

On Sunday afternoon, Ellen and I attended the Isle of Man Armed Forces Day service being held at the Villa Marina in honour of those who are currently serving, including those who are abroad and unable to attend the service of thanksgiving themselves.

Back to this week’s activities, I was in the office for 8am on Monday morning and it was straight into the Eastern Area Plan as the Cabinet Office had now published further details ahead of the Public Inquiry, which will be held in September.

It will certainly be an ongoing project between now and September.

At 9.30am I drove into Onchan for a Constituency meeting before attending the Heywood Court coffee morning.

I am extremely grateful for the invitation and it was good to catch up with a few of the residents.

From there I drove straight to Snugborough Trading Estate at 11.30am for a DfE tour of DLP Limited, which is located across five separate units on the estate.

DLP specialise in the design, development and manufacture of products for the assisted living sector and to enable people to live independently in their own homes, particularly focused on bathrooms and kitchens.

It was a fantastic tour and a massive thank you to Nick, Stephen, Phil, Richard and Scott for allowing us to look around the facilities. As MHKs we definitely need to be visiting more businesses across the island, in order to better understand the challenges and opportunities which local companies face.

The tour finished just before 14.00, at which time I drove back to the office thinking that the rest of the afternoon was free….

Unfortunately, I just sat down when I realised that I should have been in Onchan for a Constituent meeting 15 minutes earlier, so I had to jump straight into the car and drive up to Onchan…..

Sincere apologies to the Constituents involved for being late.

Finally got back to the office at 15.30, in order to catch up with correspondence and phone calls etc before heading home at 17.15.

I still had a few things to catch up with at home before finishing around 19.30.

In the office for normal time on Tuesday and other than having a meeting with two hoteliers in respect of the promenade schedule of works, which appears to be falling behind and causing serious concerns for those involved, the rest of day was spent in the office.

I did also manage to take Ellen out for noodles at lunchtime, which I highly recommend, especially the chicken, sweet chilli and thin rice noodles…

Most of the afternoon was taken up with writing letters or emails – I definitely wish I had a secretary at times.

After tea I needed to return a couple of constituent calls.

Wednesday was mostly spent at home, but that said, I started working on a few things from 7.30am by catching up with emails etc, along with starting to look through the Tynwald Order Paper, which could run into 2 or even 3 days this month.

At 9.30am on Wednesday I was about to leave the house to meet up with a Constituent who called me on Tuesday evening for urgent advice on their state pension payments, when they called to say it was all sorted, which is excellent news.

This meant I was able to spend an hour working in the garden, which I had originally scheduled to do on Tuesday.

It was only an hour because I needed to sort out a swarm of bees in our chimney stack, along with drafting a couple of emails. To add further salt into an already difficult day, we discovered the car sounded like a motorbike because the exhaust pipe had broken, and I was also unable to shut the car bonnet securely – what a day….!

At 11.30am Ellen and I headed down to the airport to collect the mother-in-law (Lesley) who was joining us for Tynwald Day.

We took the opportunity to have lunch at The Shore, Gansey before I spent the next couple of hours at home going through various Tynwald reports.

At 16.45 I headed into the office to do a few things before attending “A Thousand Years, A Thousand Welcomes”, which was being held in our Tynwald Millennium Room, which gave a small flavour of how the Isle of Man celebrated Millennium Year back in 1979.

Some amazing artefacts on display and Charles Guard gave a wonderful speech relating to the events leading up to 1979 and on Millennium Year itself, which saw a major boost in our tourism numbers in that year, not forgetting the Queen attending Tynwald Day.

So was 1979 the actual Millennium Year – or was it slightly earlier…..?

In the office 7am on Thursday and it was straight into drafting a handful of letters, which still took a couple of hours, along with reading through a few reports, including the paper on the refinancing of the Isle of Man Steam Packet Company, which will go before Tynwald this month.

I also had two meetings in the office and a general tidy up before going to the Barrool Suite to meet this year’s official Tynwald guests at 13.00.

I left the office at around 14.15 to take a couple of hours off before Ellen and I attended Government House at 18.00 for Beating Retreat.

This year’s guard of honour is the Band of the Grenadier Guards, distinguished by their scarlet tunics and bearskin caps.

Established in 1656, the Grenadier Guards is one of the oldest infantry regiments in the British Army.

At 19.30 we headed down to the Villa Marina for the President’s Tynwald Dinner, which was a fantastic evening.

Great company around our table once again and I particularly enjoyed a conversation on Sepsis and the local charity that has now been set up here on the Isle of Man.

Embarrassingly, I knew very little about Sepsis until Thursday evening, but it is potentially a life-threatening complication of an infection and it occurs when chemicals released into the bloodstream to fight the infection trigger inflammatory responses throughout the body.

Happy to share a link to Mannin Sepsis if anyone is looking for more information.

At 9.15am we drove out to St John’s for the Tynwald Day Ceremony, which got underway from 10.45am.

As I have mentioned Ellen’s mum has travelled from Sheffield this year to join us for the celebrations and I know my mum was in the Grandstand watching, both feeling very proud, I am sure…

As a proud Manxman myself it is hard to explain the pride that I feel walking from the Royal Chapel to take my seat on Tynwald Hill on behalf of the people of Onchan, especially those listening online and unable to attend themselves.

I loved both the service in the Chapel and the ceremony on Tynwald Hill, but the procession to the Hill lined with the Grenadier Guards was something special indeed.

A special mention to the Onchan Silver Band who always do a sterling job during the Tynwald celebrations.

The service finished around 13.00, which gave us time to look around the many stalls and activities going on, before heading home for a couple of hours.

At 17.45 we drove to the House of Manannan, Peel for a reception and commemorative event to mark the 40th anniversary of the famous voyage of the Odin’s Raven, which is a replica (2/3 scale) of the Gokstad Ship.

The ship which included both Manx and Norwegian crew sailed from Trondheim to the Isle of Man back in 1979, and formed part of the Millennium Year celebrations.

Most of the crew from 1979 attended the reception and Robin Bigland who conceived and planned the original idea was on hand to tell a fews tales of their adventures.

The House of Manannan was a perfect venue for such a wonderful event, which included a Viking welcome for our Tynwald guests of honour.

The event finished around 21.00 and from there we drove down to St. John’s to watch the Ellan Vannin Pipes and Drums at 22.00, and what a way to end an amazing day of celebrations!

A few hundred people gathered next to the Hill to watch the Ellan Vannin Pipes, along with the Vikings and Spinnin Vannin’s fiery displays, simply amazing.

A very very special day here on the Isle of Man, which finished at around 23.00.

As for the weekend, I will be attending a formal event on Saturday evening and the Tynwald Garden Party on Sunday, along with continuing to go through the Tynwald Order Paper.