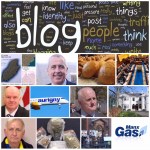 A long blog this week, so grab a coffee and settle down….

Straight into my own activities this week, I had my political surgery on Saturday morning and a few Constituents called in, including one lady who was unfortunate to be stuck in Pakistan during the Coronavirus lockdown on the island and who was desperately trying to get back to her home in Onchan. Unfortunately, the process wasn’t easy and it took a couple of months and a lot of correspondence with the Isle of Man and UK governments, but we got there in the end.

Although the lady has been home for a few months now it was very kind that she called in to say thank you, along with delivering some apple and cinnamon cupcakes, which was a very nice surprise, and they were delicious…

Other topics discussed included the speed of traffic and doctor’s appointments.

After the surgery finished I also scheduled a couple of other meetings, which included one with some parents that want to set up a “breakfast club” in Onchan Schools, which I will pick up next week when I catch up after a very long Tynwald sitting – more on that in a moment.

On Saturday afternoon I continued to work on the Tynwald Order Paper until around 16.00, but on Sunday Ellen and I were able to head out for a walk around the Archallagan Plantation before heading over to Glen Helen for a further short walk and something to eat.

On Monday I was in the office for 8am to get a couple of jobs done before driving back into Onchan for various Constituent meetings. First meeting was at 9.30am with a lady struggling with Parkinson’s and looking for some additional support. I then attended the Springfield Court coffee morning, which is always a welcome distraction.

From there I had two further Constituent meetings relating to accessing medical records and getting a reserved parking space in Onchan.

I finally got back to the office for midday and the rest of the day was spent at my desk just finishing off Tynwald business, along with going through the Supplementary Order Paper and various ongoing Constituent issues.

In the office before 8am on Tuesday for the first sitting of Tynwald since July. The first part of the morning was spent catching up with a few things before heading down to the Tynwald Chamber just before 10.30am for what is the final Parliamentary term before the House of Keys General Election in September 2021.

The sitting started with 31 oral questions, but we only managed to get through a handful of questions in the allotted time, given the amount of supplementary questions being tabled by Tynwald Members in the morning session. There was also one emergency question and 35 written questions for the first sitting of Tynwald.

At lunchtime there was a Tynwald Members presentation by the Telecommunications Commission, along with a regulatory update. From the Barrool Suite it was straight back to the Chamber at 14.30 for the annual State of the Nation address by the Chief Minister.

This was followed by statements from a number of Ministers including one from the Policy and Reform Minister, Ray Harmer, MHK on the new Manx Gas Regulation and Heads of Terms, which will now go before Tynwald in November.

I think most Tynwald Members also received a letter this week from David Cruddace, Manx Gas Chief Executive giving an update regarding the gas tariffs etc, along with further details on the negotiation with the Manx Government.

On paper the information looks good for Manx Gas customers, but as I mentioned in Tynwald I want to look very carefully through the evidence and detail behind the proposals.

After the tea break, it was the turn of the Education Minister, Alex Allinson, MHK as Tynwald received the “Beamans” report, which undertook a review of the effectiveness, management and the government arrangements within the Department of Education, Sport and Culture, along with the response from the Council of Ministers and Tynwald Members.

The final item for the first day of this month’s Tynwald sitting was the Chief Constable’s Report, which had several powerful contributions from Members. Unfortunately, drugs related crime is a massive threat to the island’s community, and if we do have to introduce stricter measures at our Ports, in order to truly identify those visiting the Isle of Man over the next couple of years, then it is in my opinion a small step to take to keep our community safe….

All of that said, the Isle of Man remains one of the safest places to live in the world, but drug related crime is a threat to us all according to the Chief Constable, Gary Roberts.

Once the sitting finished at 20.30 a few Tynwald Members headed to the Prospect pub, which is always a good opportunity to switch off, but I was still home for around 21.30.

However, it was one of those sleepless nights once again and I was up and about at 4am writing this week’s blog and drafting a couple of emails, but I was still in the office on Wednesday just before 8am for day two of this month’s Tynwald sitting.

A Constituent contacted me on Tuesday asking for an urgent meeting, which I was able to schedule for 9am on Wednesday morning. This gave me an opportunity to get the information I needed before approaching the Cabinet Office to ask them to look again at a particular decision, which doesn’t look right on paper.

At 10.30am we headed down to the Tynwald Chamber, which started with the thorny issue of Tynwald Members’ pay, which was debated for around 2 hours. During the lunchtime break we had a Tynwald Members’ briefing on the Climate Change Bill and the Competition Bill.

I also had to attend a Commonwealth Parliamentary Association local branch meeting, which included a video meeting with the new Secretary General, Stephen Twigg, but I still managed to get back to the Tynwald Chamber for 14.30, but only just.

The rest of Wednesday was taken up in Tynwald by the written statement relating to the Area Plan for East, and it is fair to say that the motion soon turned into a right old “bun fight” especially when my colleague Mr. Bill Shimmins, MHK tried to table an adjournment motion, which would have seen the Area Plan for the East thrown out completely.

What upset most Tynwald Members at the time was the fact that only four speeches had been heard, so the motion was lost and debate continued. Then after almost 5 hours of extremely hard debating the sitting came to a sudden halt when the Council of Ministers called for a quick 10 minute recess, which caught out most Tynwald Members.

The debate then continued for around a further 15 minutes before the sitting was brought to a close just after 20.00. I don’t think anyone outside the Council of Ministers actually knows what was said during the 10 minute recess, and I fully understand that the Area Plan for the East is very important, but genuine concerns have been raised throughout this inquiry by Tynwald Members including myself.

However, what I did find totally unacceptable was the level of pressure being applied by certain Ministers after the sitting on Wednesday night and again on Thursday morning, which went well beyond what I would consider reasonable.

If a senior Minister wants to criticise me or take me to task for a stance that I take on behalf of my Constituents in Onchan, then please have the decency to invite me to a meeting behind closed doors, because a strong exchange of words in a public corridor isn’t good for anyone….

Anyway, once home I still had to catch up with various correspondence and phone calls before finishing at around 21.15.

Thursday was Onchan’s by-election day, so Ellen and I headed to the Community Hub for 8am, in order to vote but we were still in the office for 8.20.

At 10.30am Tynwald continued to debate the Area Plan for the East, which had one final twist when the Policy and Reform Minister, Ray Harmer, MHK withdrew the motion just before summing up on the debate.

Based on the amount of lobbying that was undertaken by the Council of Ministers they must have felt the vote was far closer then anyone expected.

The Court continued to work though the Order Paper and in the afternoon there were Motions on the “Declaration of Candidacy for Chief Minister” and setting up an “Independent Post Office Panel before the July sitting of Tynwald finally finished towards 17.35.

On Thursday evening Ellen and I were invited to Government House for dinner, which turned out to be wonderful evening in great company. It was small group of 12 people from different sectors of our business community, along with His Excellency Sir Richard Gozney and Lady Gozney.

The evening started at 19.30 and although it was meant to finish at around 22.30, we didn’t actually leave Government House until after 23.15 – a really nice evening. Once home I checked the By-Election result for Onchan Commissioners, and former Commissioner and MHK, David Quirk was elected with 901 votes, although Kim Corlett did amazingly well to secure 842 votes.

As for Friday a couple of department meetings had already been re-scheduled because of Tynwald, so I took the opportunity to work from home, which also enabled me a get a few jobs done around the house.

However, I only managed to get an hour or so off, because there was a lot of correspondence and phone calls to catch up with, along with various department papers and reports to go through, and I also had a Constituent meeting at the house. I finished for the day around 17.15.

As for the weekend, I will have to spend most of the weekend catching up or preparing for next week, along with drafting a few letters and going through Department papers.

At the latest Covid-19 press conference on Friday afternoon, the Chief Minister, Howard Quayle, MHK confirmed that the air corridor between Guernsey and the Isle of Man will be suspended after the seven cases of Covid-19 have been identified in Guernsey, which will be disappointing news for both islands.

Personally, I was hoping that the Isle of Man would have been able to move from level 4, non essential resident travel to level 3 or even level 3A well before the end of October. This would have enabled families on island to prepare for the Christmas holiday with the knowledge that they could host or sponsor family members or friends over the holiday period.

Unfortunately, a lot depends on what is happening in the UK, and the news isn’t good at the moment as the number of new cases of Covid-19 reported daily continues to increase. The UK are recording more than 20,000 new cases every day, and there is no sign that the UK Government is bringing this pandemic under control.

In Greater Manchester the Mayor Andy Burnham refused to lock down the city until Central Government provided a fair financial package of support for businesses and people seriously affected by the restrictions.

In the end the UK Prime Minister, Boris Johnson imposed tough restrictions on Greater Manchester, in order to address the high level of Covid-19 cases in the area.

Across the border in Wales they have now gone into a “Firebreak”, which is a short, sharp national lockdown between 23rd Oct to 9 Nov, in order to try and get on top of the pandemic. but I am not entirely sure it will work until the rest of the UK start to take the situation seriously.

One thing is for sure, I think most people will be happy to see the back of 2020.