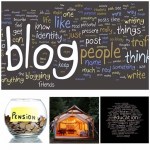 It is fair to say the Lord Lisvane Independent review of the functioning of Tynwald has certainly taken up considerable time of House of Keys Members, especially last weekend and on the Monday leading into Tuesday’s sitting of Tynwald.

I certainly agree with the comments made by Tim Baker, MHK on Manx Radio last Sunday when he said that most people across the island are more interested in Tynwald trying to improve our schools, roads and reducing waiting lists at Noble’s Hospital, instead of considering how to improve the functions of the Manx Parliament.

That said, the review of our Parliament is long overdue, and as I write today’s blog at 19.10 on a Monday evening – I certainly do not know the direction Tynwald will take tomorrow…..

Anyway, I was in the office at 8.10am on Monday morning and spent most of the morning preparing for the June sitting of Tynwald. I also had numerous discussions and conversations with MHK colleagues on the Lord Lisvane Report, which is clearly splitting opinion amongst the Members. I also drafted several notes and speeches, in order to prepare myself for tomorrow.

Just before 13.00 I drove to St. John’s to meet up with other Tynwald Members for a Tynwald Day Ceremony walk through, which started at 13.30. With so many new Members, it was right to rehearse everything that will happen on Tynwald Day. The weather was fantastic, I can only hope that we get the same weather on the day.

The walk through finished for around 14.40, which then gave a number of MHK’s an opportunity to meet up and discuss the Lord Lisvane Report and recommendations. It was certainly an interesting discussion, but I had to leave early at 16.15 in order to return to the office.

After catching up with e-mails I left the office at 17.15.

Monday evening was spent continuing to go through my Tynwald Order Paper, but I called it a day 19.50.

Tuesday was set to be a very long day, in the office for 8.10am in order to continue with my preparation for Tynwald, along with talking to several more colleagues on the Lord Lisvane Report.

Just before 10.30am we headed down to the Tynwald Chamber for today’s sitting. The President started the sitting with a fitting tribute to Mr. Ian Cannell, CBE who passed away recently, and was well known for his work in the British Legion and for being the voice of Tynwald Day for over 50 years.

There were 15 questions for oral answer and after a statement made by the DHSC Minister, the majority of the first day of Tynwald was taken up by the Lord Lisvane Report, which was a fantastic debate on Parliament reform.

In a year in which the House of Keys celebrated 150 years since the first publicly elected Members to the House, I am sure in time today’s sitting of Tynwald will be seen as a major watershed event…….

What we witnessed today was Tynwald Members giving a clear opinion, and more importantly a clear direction to the newly formed Tynwald Committee on what functions should be reformed in the near future.

Not everything was straightforward in respect of the 11 recommendations for consideration by Members today, and I am certain that further Motions, Amendments and Recommendations will be brought in the July sitting of Tynwald.

That said, an overall reform of the Isle of Man Parliament and its functions did start today – 20th June 2017……

There was also a very interesting debate on the Organisation and Operation of the 2016 House of Keys General Election. It is an excellent report, which highlights many of the mistakes of the election, including “Pizza-gate”, “Biscuit-gate” and of course the missing ballot papers.

Hopefully a number of recommendations will be implemented before the 2021 General Election.

The Tynwald sitting finished at 20.50 and after completing a few tasks I managed to get home for 21.20. With such fantastic weather outside, Ellen and I took the opportunity to go for a small walk near our home. Once back home I managed to catch up with e-mails, along with posting a Facebook post before calling it a day at 22.55.

Back into the office for 8.15am on Wednesday and the first part of the morning was spent catching up with e-mails, telephone calls, along with speaking to a few colleagues on yesterday’s Tynwald sitting.

Just before 10.30am I headed down to the Tynwald Chamber for the second day of this month’s Tynwald session. This is first time that the new administration has sat longer than one day, and it was strange to prepare for a second day after a very long day yesterday.

I thought the sitting would be finished for lunchtime but it extended into the afternoon and finished at around 15.00.

Other than attending a briefing on the new Freedom of Information Bill, which is currently going through the Chambers, the rest of the afternoon was spent printing off a few hundred pages of information and reports into the island’s IRIS Scheme, which will take up most of tomorrow to read.

With no meetings or briefings scheduled for Thursday, I took the opportunity to stay at home as I needed to read through all the information and reports in respect the IRIS Scheme.

The Environment and Infrastructure Policy Review Committee has several meetings scheduled before taking oral evidence from various parties. I was meant to be at the British National Road Racing Championships to present some prizes to the under 23 time trial champions, but I had to my give apologies in order to focus on the Committee work, which was disappointing.

I still managed to stay on top of e-mails and other projects throughout the day, but it is better to stay at home at times, because in the office there is always someone looking for a quick word.

At 18.20 I headed down to St. John’s in order to catch up with the Men’s Time Trial Championships, along with taking the opportunity to speak with officials and the organisers to make sure everything is going well.

The stage and setting around St. John’s looked amazing, and I couldn’t believe the amount of bunting on display as I was driving from Douglas.

In the office for 8.20am on Friday and after popping into town briefly I spent the first half of the morning continuing to prepare for the Environment and Infrastructure Committee, along with scheduling around 10 meetings for next week.

I also took the opportunity to order my Morning Suit as Tynwald Day is fast approaching.

Just before 11am I headed down to Committee Room 1 for the Environment and Infrastructure Policy Review Committee, which is looking into the IRIS Scheme. The Committee went through all the written submissions received, together with the reports and any additional information collected.

The Committee meeting finished at 12.45 and after sending several e-mails and printing off various documents and reports, I headed home in order to complete a couple more exams on my McGill University course on parliamentary procedures, which is still ongoing. Unfortunately, time is against me as this section needs to be completed before 30th June.

I have some Constituent meetings scheduled for the weekend, but I am also hoping to complete the remaining McGill University exams over the weekend.

On Sunday I will be at the Grandstand to watch the British National Road Racing Championships, which promises to be fantastic day…….