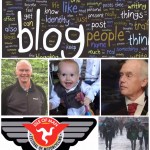 A difficult few days this week as the family gathered in Sheffield to say goodbye to my father-in-law, Steve, on Monday.

We were therefore travelling on Sunday last weekend, but prior to that, on the Saturday morning I had my political surgery – a massive thank you to everyone who called in. Some people came along for a general chat or a catch up, but a few people called in to discuss some specific issues, which required a couple of e-mails to be drafted.

On Saturday afternoon I took part in the International Pool Players qualifier at the Manx Legion. I lost 5-1 in the opening tournament to my good friend Theresa Evans, who played very well during the game.

In the second tournament I lost to Alan McDonald 5-4, and although I played a lot better I am still lacking serious table time at the moment, and I definitely need to put some time aside over the next month or so before the actual IPA tournament, which will be held on the Isle of Man towards the end of October.

The Clerk of the Course, Gary Thompson, the Medics, IOMTTMA and the army of volunteers continue to do an amazing job despite the difficulties facing everyone involved in this year’s event.

I can’t remember the last time that both the TT and the Festival of Motorcycling have had so much disruption with the weather – roll on 2020….

Last Sunday was an early start for Ellen and me as we headed down to the airport for 8am to catch a flight to Manchester, and then drive over to Sheffield, after picking up a hire car from Enterprise, which I would certainly recommend.

The flight from the Isle of Man was early arriving, but we were held on the tarmac at Manchester Airport for some time as they were unable to open the door into the terminal.

We finally arrived in Sheffield for around 13.00 and the rest of the day was spent with family and at the nearby hotel we were staying in.

I did still manage to listen to the Manx Radio’s Perspective programme, which featured the Isle of Man Cruise Industry.

On Sunday evening Ellen and I enjoyed a lovely meal with my mother-in-law Lesley at the hotel.

After breakfast on Monday morning we drove to Lesley’s home, which was only around 10 minutes away.

We arrived for around 9.20am, which gave us time to catch up with Ellen’s sister, Eve, her husband Stewart and 10-month-old Isaac, who was looking very dapper in his little waistcoat.

A limousine collected us from Lesley’s home at 10am and drove us slowly behind the hearse to the Hutcliffe Wood Crematorium, a journey of around 20 minutes.

Sitting in the front of the limousine I was surprised by how many people actually stopped along the way to show their respects, even though they didn’t know who was in the hearse or the limousine driving by….. a very powerful memory, which I am sure will stay with me for a long time.

The funeral directors made sure every single detail was just right and no detail was overlooked throughout the funeral service – opening doors, guiding the family through every detail and each stage of the process. They even walked in front of the hearse for a certain distance – a very professional service.

I think Lesley and the entire family were very pleased with the number of people that actually attended the service.

Ellen read out a beautiful poem that Steve had actually written himself, entitled “Summer”, before Lesley read out a wonderful bible reading from Corinthians.

Little Isaac, who is the newest member of the family, made a few small contributions during the service, but he was good as gold throughout.

In fact young Isaac was a welcome distraction throughout the day for the entire family. There was something very special about saying goodbye to one generation but at the same time seeing the next generation taking their first few steps into the future.

Afterwards, we went back to Lesley’s house for tea and light refreshments, along with all those who wanted to join us.

We said our goodbyes to Lesely, Eve, Stew and Isaac before leaving Sheffield at around 16.00, in order to make our way back to Manchester Airport to catch the 20.20 flight to the Isle of Man, which was on time.

As for the rest of this week – there wasn’t much happening so once I managed to get everything finished relating to the Area Plan for the East, I was able to take some time off.

Although I had no meetings or briefings on Tuesday, I still went into the office for 7.45am and it was another day there, desperately trying to catch up with things before we go on holiday.

The morning was once again spent on the Area Plan for the East as I tried to finish off putting together my evidence and supporting documentation before the Public Inquiry that gets underway on Tuesday 10th September.

I also needed to go though several more reports, along with drafting three new letter templates.

Tuesday afternoon was spent drafting various emails from my political surgery on Saturday, along with going through some business reports relating to the TT and the potential redevelopment of the Grandstand and Paddock area.

I also needed to review some financial statements that one constituent asked me to look at during my Political Surgery, along with reviewing a couple of Planning Officers’ reports to the Planning Committee, along with the island strategy for phone boxes, which one constituent gave me to review.

On Wednesday I was able to stay at home and once again I split the day into two halves. The morning was spent doing various chores at home, cutting the grass and trimming hedges etc.

In the afternoon I had scheduled three Constituency meetings together and these related to employment opportunities, further eduction costs and pre-school nursery places.

I managed to get home for 16.15 just in time for a meeting with a local architect, as Ellen and I are looking to do some work on our house over the next 12 months.

As for Thursday it was a full day in the office either trying to catch up with various things or finishing off the last few items relating to the Area Plan for the East, which has taken me a lot longer than I first thought.

Hopefully, I will be able to post a copy of my evidence paper online on Sunday or Monday, and I can only offer my apologies that I can’t send out a hard copy to all Onchan residents, because of the financial and environmental costs.

Anyway, I managed to finish everything by 17.00.

As for Friday Ellen and I took the day off, but I still needed to respond to various emails and take a couple of calls from Constituents.

Further details on Friday’s activities, along with details on what promises to be an exciting weekend, to be shared next week.

I think the family is glad to get through a difficult week, but Steve will always be in our thoughts.