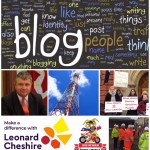 Straight into this week’s activities, which started with me holding my final political surgery of the year at the Onchan Community Hub last Saturday. I think it was the first surgery in which no one called in, which is absolutely fine because it enabled me to catch up with some reading.

My next political surgery is scheduled for Saturday 20th January 2020, but if any Onchan Constituent needs any help especially over the Christmas holidays etc, then please do not hesitate to contact me anytime via social media or my mobile (457511).

On Sunday, Ellen and I didn’t go for our usual walk. Instead we headed to Cycle 360 for breakfast, which is always extremely busy but still a great venue for food, before we called into B & Q to pick up a few things up including a new outside light.

I know I shouldn’t play with electrics, before someone tells me, but I enjoy doing the odd bit of DIY from time to time, and the new light outside does looks good.

The rest of Sunday was spent continuing to go through the Tynwald Order Paper, which certainly took up a few hours.

On Monday the Isle of Man woke up to the first real hard frost of the season with temperatures around minus one or two first thing in the morning. I got into the office for normal time and the first job after booking some car hire was to go through a TT Classic and MGP Department paper.

The rest of the day was mainly taken up with work relating to the Environment and Infrastructure Policy Review Committee, which I currently chair.

I spent a couple of hours going through some evidence and reports etc, along with having a meeting with the Committee Clerk ahead of two private evidence sessions.

Unfortunately, these sessions do need to be taken in private and it is one of those very rare occasions that I am unable to add any further details.

At 11.30am I had a meeting with someone in respect of Laxey’s new proposed sewage plant, which is the final piece of the island’s IRIS Infrastructure scheme.

Laxey Bay has always been a very popular location for locals and visitors, but unfortunately raw sewage has been pumping into the bay since the early 1900’s.

Similar to Peel Harbour I think most people agree that a solution needs to be found as quickly as possible, because it is certainly no longer acceptable for raw sewage to be pumped directly into our harbours.

That said, I know several local residents who have concerns around the costs and the proposed site, which will be located on the Cairns area near the harbour in Laxey.

According to Manx Utilities they have considered over 40 sites over the past 10 years, and I think we all agree that a solution has to be found, but should the solution be regional or centralised?

I enclose a link to the MUA website, which give full details on the proposal.

At lunchtime I had a meeting with my colleague on the Environment and Infrastructure Policy Review Committee, Chris Robertshaw, MHK just before we went into the first of the two private evidence sessions this month.

The evidence session got underway at 14.00 and lasted over two hours.

The last 40 minutes of the day were spent in the office and after tea I continued to work on the Tynwald Order Paper until around 20.30.

Back into the office for 8am on Tuesday for this month’s Tynwald sitting that got underway at 10.30am. Ahead of the sitting I finished off going through the final few reports and papers, along with the Supplementary Order Paper and some correspondence.

This month’s sitting started with 18 oral questions and 14 written questions and by lunchtime on Tuesday we had already reached item 16 out of the 27 items, along with the Supplementary Order Paper.

Unfortunately, several items on the Order Paper were pulled, but no real reasons were given by the movers.

At lunchtime there was a wonderful presentation given by Leonard Cheshire, which has been supporting people with disabilities, and more importantly supporting individuals to live and work as independently as they choose, for over 70 years. The organisation has an office in Onchan but globally the charity has over 6,000 staff and 10,000 volunteers supporting more than 50,000 people.

The welcome remarks were given by the Chief Minister, Howard Quayle, MHK and the opening remarks came from Neil Heslop, Chief Executive of Leonard Cheshire.

This was followed by the presentation of certificates and two short videos.

Another truly amazing local charity, which is very much located within the heart of our communities across the island.

Straight back to the Tynwald Chamber at 14.30 to finish off the Order Paper, which included three requests to set up Select Committees relating to petitions for redress. The first petition was tabled by Kate Lord-Brennan around the “Law of Adverse Possession”, which I fully support given our own painful experience relating to the registration of land on the island.

The second petition for redress was brought by Bill Shimmins, MHK and related to the current policy around “Interested Party Status”, which again I fully supported.

Unfortunately, having been involved in several ongoing planning disputes on behalf of Onchan constituents over the past three years, I certainly understand the frustration that is felt when people are turned down for interested party status, which relates more to the appeals process than the actual original planning application.

We certainly need greater fairness and transparency in respect of our planning legislation and guidelines, especially in relation to interested party status on behalf of those actually submitting the original application, and for those who feel duty-bound to file an objection for whatever reason.

The third petition related to “Grandparent Rights” in the family environment, which I was also happy to support.

This month’s Tynwald sitting actually finished all of its business for 16.30, which was a very pleasant surprise and it gave me an opportunity to take the night off.

On Wednesday I still went into the office for normal time, but I spent a considerable amount of time going through the Town and Country Planning (Telecommunications) Development Order 2019, together with the previous Orders that were voted upon in Tynwald, along with a permitted development order application from 2016.

This was after an exchange of views with the Policy and Reform Minister, Chris Thomas, MHK in Tynwald on Tuesday, which carried on after the sitting and Included me drafting a long email to the Minister to outline my concerns on the motion that he tabled in Tynwald this week.

Back in June 2019, the Minister put the Town and Country Planning (Telecommunications) Development Order 2019 out for Consultation. With an election promise in the back of my mind in respect of the Hillberry Water Reservoir, Onchan I submitted detailed correspondence to the Consultation that included a request for all new telecommunication masts to be subject to a full planning application.

Unfortunately on my part I didn’t read in greater detail the paper tabled in this month’s Tynwald Order Paper, simply because I had already read through the paper, any supporting documents and the consultation briefing back in June 2019, so I believed I was fully briefed in what I thought Government was trying to achieve.

It wasn’t until the Tynwald debate that I discovered that the Town and Country Planning (Telecommunications) Development Order 2019 document that was presented to Tynwald this week was significantly different to the paper that was put out to consultation back in June 2019, which is extremely disappointing and worrying, especially when I didn’t receive any further information as a Tynwald Member or as a respondent to the original Consultation.

Fortunately, it didn’t affect my vote as I still voted against the motion, but yet another valuable lesson learnt as an MHK.

I have since written formally to the Policy and Reform Minister asking him explain his actions, because I am not entirely sure if Minister Thomas has misled Tynwald Members or the 479 respondents to the Consultation.

That said, Minister Thomas has now responded to my correspondence by apologising for the misunderstanding, but it will certainly take a little longer for me to trust him again….

At 9am there was a presentation in the Barrool Suite by DEFA on the Agricultural Strategy, but only 6 or 7 Tynwald Members attended, which was disappointing because it was an excellent presentation.

At lunchtime there was a further presentation by Manx Technology Group that related to the use of smart meters; to capture vital data etc.

Late on Wednesday afternoon Daphne Caine, MHK and I together with officers from the tourism team had a meeting with Veteran Car Club that are planning to visit the island in July next year.

On Wednesday evening I had to go through the Isle of Man Visit Agency agenda pack but I still finished for around 20.00.

Straight into the office on Thursday to draft a couple of letters before walking over to DfE for the Visit Agency meeting, which started at 9.30am and that actually didn’t finish until around 13.00.

Once the meeting finished I headed straight into the Onchan for two urgent Constituency meetings, which also gave me an opportunity to get a few of my own chores done.

On Thursday evening I attended a 2nd Onchan Scout meeting who are continuing to raise funds for an extension, which could be built during 2020.

Friday was a relatively straightforward day, with part of the morning spent catching up with correspondence and thank you letters etc.

At 11.30 DfE had an extraordinary Department workshop, which focused on employment legislation and the minimum wage, which is an ongoing discussion in this administration.

Just enough time to grab something to eat before a small group of MHKs and MLCs headed down to the Sea Terminal to undertake a tour of the promenade and the ongoing works.

A massive thank you to the team at Auldyn Construction and the DOI for undertaking the tour, which lasted around two hours.

On Friday evening Ellen and I attended a presentation by the Manx Scouts who took part in the 24th World Scout Jamboree, which was held in North America.

A truly inspirational evening in which the Isle of Man delegation gave an overview of their efforts to raise over £40,000 and their attendance at the World Jamboree.

Congratulations to everyone involved and for a wonderful evening in which guests followed their adventures across the UK, America and Canada.

As for the weekend, I have a couple of Constituent meetings scheduled for Saturday lunchtime, but hopefully Ellen and I can head out for a walk on Sunday.