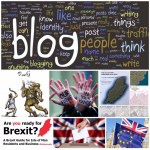 Back in the office this week and it was straight into Brexit and the Area Plan for the East issues.

I noticed when I was away that the Manx Government has published a new Brexit Guide for Isle of Man Residents and Businesses entitled “Are you Ready for Brexit?”….

I enclose a link to the report, which is certainly worth a read, especially if you are not a British citizen living in the Isle of Man;

In the overview given by the Chief Minister, Howard Quayle, MHK the report starts with the opening line “When the UK leaves the EU things will change”…

I don’t think anyone actually knows when the UK will finally leave the European Union altogether, because they could potentially leave on 31st October 2019 with or without a deal, but leaving without a deal is looking extremely difficult, taking into account the recent votes held in Westminster.

Another scenario is that the UK leaves on 31st October, which is followed by a UK General Election in the November or early December and the UK gets a new Government that simply overturns the previous decision, and then decides to rejoin the European Union.

Personally, I don’t believe any political party in the UK will secure an overriding majority during the next UK general election, especially as the newly formed Brexit Party along with the Liberal Democrats will secure further gains from Labour and Conservatives.

The Area Plan for the East also took up considerable amount of time this week as I prepared to give evidence to the inquiry next week. I certainly got a wake-up call on Tuesday morning when I took the opportunity to attend one of the evidence sessions, but more on that later.

As for last weekend, Ellen and I arrived back in the UK on Saturday afternoon and we finally got home for around 19.30. I think we stayed awake for about 30 hours without any sleep while travelling back home from Vancouver on Friday evening.

Although I tried to stay on top of correspondence etc when I was away, I still needed to return a number of missed calls, which took me about 2 hours on Sunday. I also had to follow up on various emails, tasks and projects etc.

Monday was a strange day because I was originally invited to take part in the Crown Dependencies’ Network event, which involved a delegation from Jersey, Guernsey and from our own Manx Parliament.

The event was scheduled to take place on Monday, Tuesday and Wednesday this week. However, things appeared to have changed in recent weeks as the number of Tynwald Members taking part in the event was reduced down to six, which I felt was a missed opportunity.

Anyway, I took full advantage of the situation and decided to stay home on Monday to catch up with various work projects, along with trying to get over my jet-lag….

I was back in the office on Tuesday just after 8.30am and given the fact my calendar was blocked by the Crown Dependencies’ Network event this gave me an opportunity to catch up with things in the office.

Just after 10am I headed down to the Villa Marina to observe some of the Area Plan for the East Public Inquiry, which was taking evidence relating to the Camlork site in Braddan.

It certainly opened my eyes ahead of next week, especially in respect of the level of cross-examination undertaken by certain barristers representing a local developer.

Although the professional planning adviser and other witnesses put forward very strong evidence to the inquiry on behalf of the local authority and the residents etc in Braddan, the legal representatives on behalf of the developer still cross-examined the witnesses as if they were in court accused of murder….

Manx Radio ran an article this week in which a local campaigner from Santon described the whole situation as “David vs Goliath” – that is certainly one way to describe it…..

Fascinating to watch from the sidelines, but I am certainly not looking forward to giving my evidence next week in respect of a particular site in Onchan. That said, I have to find a way through to present my evidence, which is based on facts, and try not to allow myself to be intimidated by those legal professionals representing local developers.

I got back to the office just after lunchtime and the rest of the day was spent at my desk still catching up with various things, but also starting to prepare some notes for my evidence session next week at the Eastern Planning Inquiry.

I left the office at 17.00 and after tea I needed to go through the Visit Isle of Man Agency Pack before calling it a day.

As for Thursday, in the office for 8am to continue working on my notes ahead of the public inquiry next week. At 9.30am I attended the Visit Isle of Man Agency board meeting, which had a heavy agenda pack to get through, including several items for general discussion by the board.

The meeting finished just after 12.30, which gave me some time to catch up with emails before walking to Murray House for a planning meeting, in order to give an element of support to a friend who is having a few issues regarding planning enforcement.

That meeting finished at 14.30 and it was straight into Onchan for another planning meeting with a group of Constituents, which has been a regular engagement since 2016.

It is always a good meeting but it is more of general catch up these days, as most of their concerns relating to a planning issue have been addressed.

Straight back to the office to start preparing for the Environment and Infrastructure Policy Review Committee session on Friday, which I continued to work through at home until around 19.30.

I went into the office just after 7am Friday, in order to continue preparing for the Environment and Infrastructure Policy Review Committee session, but to be perfectly honest the DfE officers had already done an excellent job putting together all the information and documents needed, all I had to do was to go through the file and make some notes.

At 9am I headed over to DfE for a pre-meeting with the team before walking back over to the Tynwald building for the Committee evidence session that got underway at 10.30am.

The Committee is currently looking into the promenade scheme and its impact on shops, restaurants and hotels in and around the area. I initially chaired the Committee when we took evidence from the Department of Infrastructure, but once the work started to seriously affect hotels located on the promenade I had to really consider my own position on the Committee.

However, this doesn’t relate to actual bookings at this juncture because most bookings are already in the system for 2019, but focusing around the access to property, noise levels and parking etc, which is certainly affecting the overall customer experience and footfall on the promenade since work started.

Unfortunately, the promenade scheme is like a massive jigsaw and at some point in the future we need a conversation as to when and why things started to unfold, and why there appears to have been a clear lack of communication with businesses.

The Committee session finished just after 12 noon and the DfE members and officers then held a post-briefing to go though various points.

On Friday lunchtime millions of people across the world took part in the latest demonstration calling for more urgent action from Government to tackle climate change.

Closer to home, hundreds of students gathered once again outside Tynwald buildings to call for further action by the Manx Government.

I think we can all make small changes which will make a massive difference collectively, but we certainly need a roadmap for change over the next 25 years.

As for the weekend, I have three Constituency meetings sandwiched between my Political Surgery, which is being held in the Onchan Committee Hub between 10am and 11.30am.

On Sunday the DfE Minister, Laurence Skelly, MHK and I will be on Manx Radio just after 12 noon, in order to discuss some additional points relating to the Promenade Scheme.