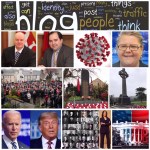 In this month’s Tynwald sitting two very important items were tabled for discussion, but I do acknowledge that the House of Keys Speaker, Juan Watterson, SHK might argue that there were in fact three items of public importance after Tynwald accepted to appoint an Auditor General from April 2021.

Anyway, the first was the new Head of Terms agreement with Manx Gas and the second one related to the Area Plan for the East, which was withdrawn by the Policy and Reform Minister, Ray Harmer, MHK during last month’s Tynwald sitting after the vote was looking very uncertain towards the end of a six hour debate in the Chamber.

In respect of Manx Gas I first got involved in this campaign back in 2014/15 when I noticed that some of the press releases going into the public domain regarding tariff reductions were not accurate. Basically, Manx Gas were announcing a tariff reduction, which might be true, but that reduction was generated because Manx Gas had exceeded the 9.99% agreed target ROCE during the financial period.

Therefore, it was a refund due to customers and not a tariff reduction.

In 2016 I also lobbied the newly appointed MD of Manx Gas, Ian Plenderleith to have the controversial banding system being introduced removed. In fact a group of newly elected MHKs in 2016 had a meeting with Ian in order to make this request formally, and since then Barry Murphy and Manx Customers across the island have continued to put pressure on the Government and Manx Gas to give formal notice to end the 2015 regulatory agreement.

I doubt Barry will truly get the thanks that he deserves for keeping the Manx Gas issue in the public domain over the past four years, but hopefully when the final agreement is in place and we can actually see the evidence to show that gas bills in 2021 will be cheaper compared to bills under the 2015 agreement, then I am sure Barry will reflect on his achievements.

More on Manx Gas and the Area Plan for the East in a moment.

As for my own activities this week, despite the horrible weather Ellen and I headed to Ramsey on Saturday morning to do a bit of shopping. On the way home we called into St. Peter’s Church where they were holding their Christmas Fayre. Once home and the fire was lit I continued to work on the Tynwald Order Paper for a couple of hours.

On Sunday morning the Isle of Man continued to be hit by strong winds and heavy rain; in fact the river that runs along aside our cottage was almost full. However, we still managed to get out for a short walk along Douglas promenade. The next few hours were spent drafting a couple of correspondence, I continued to work on the Tynwald Order Paper and also took the opportunity to read through the Chief Minister’s Gas Regulatory Review Committee report again from February 2019.

In the office for 8am on Monday and the first part of the day was spent at my desk working on a few things. At 10am I had a meeting with David Cruddace who is the new CEO of Manx Gas via MS Teams, which enabled us to go through the new Heads of Terms Agreement in greater detail ahead of the Tynwald debate on Tuesday. The meeting lasted around 90 minutes and I am extremely grateful for David giving up his time to answer my various questions, in order to ensure I am making the right decision for the 20,000 Manx Gas customers on the island.

I am also grateful to my colleague Chris Thomas, MHK for his input and questions when he called into my office during the conference call. All of that said, as I am writing this section of my blog on Monday evening I am still not entirely sure how I will be voting in Tynwald.

At lunchtime I headed down to the Sea Terminal for a further meeting with the Landlords Association, in order to continue to work through any concerns that the association may have in respect of the new legislation that will be going through the House of Keys in December.

Again, I felt it was a very positive meeting and a further meeting is being scheduled once various amendments and changes have been made to the legislation. Back to the office for an hour before driving up to the old Jane Crookall for the Corporate Parenting Group meeting, which I Chair as the Children’s Champion.

I finally finished for around 18.00 once I caught up with a couple of Constituent issues.

In the office for 8am on Tuesday for the November sitting of Tynwald. In advance of the sitting I needed to go through the final few papers relating to the sitting, but I also needed to work on a couple of urgent constituent issues, one of them requiring some detailed correspondence to be drafted.

Tynwald got underway at 10.30am with two emergency questions, which was followed by 23 oral and 32 written questions, which took us up to 13.00. During the lunchtime break it was straight up to the Barrool Suite for a briefing by the Isle of Man Constabulary on youth services on the island.

Again, a very powerful briefing by officers from the Constabulary as we continue to identify and review some major issues with our young adults, especially around mental health, drugs and alcohol.

I will certainly be raising some of these points at the next Corporate Parents Group meeting in January, along with scheduling a couple of meetings with other key stakeholders.

Back to the Chamber at 14.30 to continue with Question Time before moving onto the new Heads of Terms agreement with Manx Gas, which generated a considerable debate that lasted well over two hours. In the end the agreement went through, but not before Chris Robertshaw, MHK described the agreement as a “scandal”, which related to the lack of protection given to non-domestic customers who use more than 12,000 kWh units per annum.

For me personally, my concern wasn’t with the actual Heads of Terms, because it is only an agreement in principle, but simply due to the lack of some key information, in order to truly show that Manx Gas customers’ bills will actually fall when they compare future bills against the 2015 Manx Gas Agreement.

We then went through Tynwald Members’ pay again and a Select Committee of Tynwald report on the Firework Act 2004, in which all the recommendations were supported, before the second debate on the Area Plan for the East

The sitting finished just after 20.00.

Back into the office for 8am on Wednesday morning and the first part of the day was spent catching up with a couple of Constituent issues, along with correspondence etc. At 10.30am we headed down to the Tynwald Chamber for day two of this month’s sitting, which continued with the debate on the Area Plan for the East until the lunchtime break.

In the end Tynwald approved the Area Plan for the East, but not before the Court agreed that the Cabinet Office must inform Tynwald if any strategic reserve sites are released before 2025, along with other recommendations.

After grabbing some lunch there was a training session on “legislating for legislators”, which focused on the legal term “reasonable” or “reasonableness”, which was led by my colleague Jane Poole-Wilson, MLC and the Tynwald Clerks.

An excellent discussion around the table by a few Tynwald Members.

Back to Tynwald Court for 14.30, in order to continue to work our way through the main Order Paper, and the item relating to the Isle of Man Borders Framework generated another considerable debate.

After the tea break the Chairman of the Public Accounts Committee, Juan Wattterson tried again to get an Auditor General for the Isle of Man, and in the end the Court supported the Speaker and the function of an Auditor General will now be established from 1st April 2021, but it will be reviewed after five years.

This month’s Tynwald sitting finally finished just after 21.00 on Wednesday, and a number of members headed to the Prospect for a quick drink so I didn’t actually get home until around 22.15 after two very long days in the Chamber.

Straight back into the office for 8am on Thursday feeling the effects of two long days in the Chamber, but still a very interesting sitting this month. Just after 9am I headed down to the Sea Terminal for a meeting with the Director of Ports, which was a general catch up and to look at one very difficult issue that needs to be resolved.

From there it was into Onchan and the Manx Blind Welfare to support their Christmas coffee morning at 10.30am, which was very busy and it raised over £1,100. Back to the office briefly before walking down to the Sea Terminal again at lunchtime for a meeting between the tourism team and the housing division, in order to go through a few points of concern relating to the new Landlord Registration Bill.

At 14.30 Kerry Sharpe, MLC and I had a meeting with a young couple who have an ongoing family matter which is both complex and difficult. The meeting lasted around two hours and it is incredibly hard not to get emotionally involved in these situations.

We now need to speak to family services, to get further information, in order to see if anything can to done to help this young couple, but it will be difficult.

Just time to send a couple of emails before heading home at around 17.15.

On Thursday evening thousands of people headed into Douglas for the annual Christmas Lights switch-on, which included a lantern parade along Strand Street, Carol Singing and many other events.

With the United Kingdom currently in lockdown, it is fantastic that the Isle of Man can still hold these large events.

In the office just after 7.30am on Friday in order to dial into a meeting with the Independent Chair of the Safeguarding Board Isle of Man as we discussed their 2019/20 report, along with the increase in mental health, drink and drugs related incidents involving young adults on the island.
Just after 9.30am I drove to Meary Veg, Santon for a community project with Chief Minister, Local Commissioners and DEFA, only to be told that the meeting was cancelled yesterday due to the weather, which was extremely frustrating to say the least….

My 11am meeting was also cancelled, so once I got back to the office I was able to spend a couple of hours on the Area Plan for East. This was followed by two Constituent meetings, and one of those related to the meeting I had on Thursday afternoon.

Just after 13.00 I had a Commonwealth Parliamentary Association (CPA) pre-meeting with the Tynwald Clerks before we dialled into a meeting with the Chief Executive of the CPA UK Westminster Hall. The meeting formed part of the CPA BIMR working group that has been established to look at Covid-19, and I will be publishing further details on the activities of the group in due course.

The last hour or so was spent in the office before I took the opportunity to leave at 16.15. On Friday evening Ellen and I went to the 2nd Onchan Scout prize presentation evening.

After such a difficult year I can’t help but be impressed by the leadership and it is clear to see why Onchan’s Beavers, Cubs, Scouts, Explorers & Leaders are amongst the very best on the island, and one of the most active groups in the British Islands at the moment.

Congratulations to all the nominees and to the winners for their achievements throughout the year, especially those individuals receiving special awards this year.

As for the weekend, I have my Political Surgery on Saturday at the Onchan Community Hub. I will also need to go through the House of Keys Order Paper and to catch up with correspondence after a busy week in Tynwald.