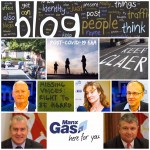 On 23rd March 2020 I wrote that this island had woken up a different place as the Manx government placed the Isle of Man into a situation of “lockdown” as a direct result of Covid-19, which has caused more than 435,000 deaths around the world this year, and unfortunately 24 of those deaths were here on the Isle of Man.

This week the Isle of Man took the first major steps to emerge from the grip of Covid-19 and to get this island back to some sense of normality, especially now when our attention has to be on the Manx economy, jobs and restoring confidence within our community, but we still cannot be complacent over the next few days, weeks and months.

The Manx Government has controlled the lives of island residents for almost three months, and now is the right time to pass some of those responsibilities back to the people of this island, although I will acknowledge that opening up our borders or even controlling our borders is still a major hurdle that we will have to overcome in the very near future.

The legal requirement around social distancing has also been removed outside the health and care environment, along with the re-opening of bars, restaurants and cafes this week, which can only help our hospitality industry get back on their feet.

An all island speed limit of 40mph was introduced on 28th March, but this week the speed limit across the island increased to 60mph.

In my 2016 manifesto I said that “the time is right for an injection of new and fresh thinking MHK’s who will stand up to the challenges and the uncertainty that the Isle of Man must overcome over the next five years”.

I don’t think anyone could have foreseen the events that have unfolded in 2020 so far, but it has been pleasure to record them, and hopefully I will get an opportunity in the future to look back at these unique events….

Anyway, let’s step back to last weekend. On Saturday I headed into the office for a few hours and took the opportunity to draft various letters that I needed to send out on Monday morning.

On the way back home I called into Shoprite and for the first time since March it looked and felt normal, other than the cashier still sitting behind a plastic screen etc.

It was a very strange experience after a few months of restrictions, self isolation, queuing and the two-metre rule.

On Sunday morning, Ellen and I were able to head out for walk, which actually turned out to be possibly our best walk so far. The 11.1 mile hike started with a very steep climb out of Crosby Village via the Millennium Way before going around the slopes of Slieu Ruy and Lhargy Ruy.

At one point during the walk we had Douglas to the right of us, Peel and the West of the island to our left and the Mountain straight ahead of us, which offered stunning views of our beautiful island.

We then passed around the North side of Colden and through the Colden Plantation before descending down to the Injebreck Reservoir, and then through West Baldwin and back along the Millennium Way to Crosby Village.

I would definitely recommend that particular walk….

No meetings or briefings on Monday, so I was able to have a relatively easy day catching up with emails, a few constituent issues and Department papers, along with a lot of reading and researching.

That said, I did get various phone calls and messages throughout the day relating to the new road markings at Governor’s Bridge and from the Grandstand to Bray Hill traffic lights, which certainly caught most drivers out on Monday morning, myself included…..

The focus was meant to be on getting the Douglas Promenade done and ensuring that traffic could flow in and out of the capital as easily as possible, but it would appear that the bus timetable and active travel have hijacked the agenda, which is very disappointing.

I fully support active travel, but for the next six months we have to focus on getting the Douglas Promenade scheme completed, which will benefit this island greatly.

Questions are down for the House of Keys on Tuesday, so hopefully we will get a few answers as to who made these decisions within the Department of Infrastructure.

A mis-spelt road sign at St. John’s also received a lot of attention in local media and on social media this week…. “Keep Claer”.

Late on Monday Tynwald Members received notice that this month’s sitting would be held in the Chamber and not virtually, which meant that I went into the office on Tuesday morning just before 8am in order to prepare for the first physical sitting of Tynwald since March 2020.

The first couple of hours were spent catching up with correspondence and a couple of constituent issues, one relating to a complex housing issue.

At 10.30am we headed down to Tynwald Chamber, and it definitely felt like a new term at school with everyone in good spirits ahead of a heavy agenda. The sitting started with 16 oral questions and 25 questions for answer, which took a couple of hours.

This was followed by a further statement from the Chief Minister in respect of Covid-19, which has changed so much over the last week or so. With no Tynwald briefing during the lunch break I was able to catch up with a few constituent issues, along with drafting a few notes for a couple of items on the Order Paper.

Back to Tynwald Court at 14.30 to continue with questions on the Chief Minister’s statement, before we considered a couple of expenditure items relating to new playing fields at Castle Rushen High School and the replacement of the Summerhill View older persons residential and resource centre that were both approved.

Having attended so many meetings relating to public sector pensions over the last four years, the one thing that I have learned is that the public sector pension debate is a very complex issue, and a historical one. The Tynwald motion to move forward with a cost sharing scheme was approved by the Court.

The former Policy and Reform Minister, Chris Thomas, MHK also brought a motion relating to Manx Gas, in order to finally bring to an end the regulatory agreement with Manx Gas and the Manx Government dated April 2015.

Formal notice to end that agreement should have been served 14 months ago, but it will now be served at the end of June 2020.

The new Policy and Reform Minister, Ray Harmer, MHK informed Tynwald that if a new voluntary agreement with Manx Gas is reached, then it will be backdated to January. If not, legislation will be introduced to cover gas regulation, which will hopefully ensure a fairer deal for Manx Gas customers.

The new Policy and Reform Minister will outline further details of either the heads of terms for a new voluntary agreement or a timetable for the introduction of primary legislation in relation to gas regulation during the July sitting of Tynwald.

Let’s hope that Manx Gas customers see some genuine reduction on tariffs and costs before the winter arrives.

The final item on the Tuesday’s Order Paper was a “general debate” on affordable housing, which is something being tried for the first time in Tynwald this week – history being made….

A general debate has no outcomes or recommendations etc, it simply allows all Tynwald members an opportunity to discuss a topic openly and freely without any any collective responsibilities or outcomes, which meant that several Ministers spoke openly on the topic.

The sitting finished just after 20.00 and once home I still needed to catch up with a few things before finishing at around 21.30.

Straight back into the office before 8am on Wednesday for day two of this month’s Tynwald sitting that got underway at 10.30am. Ahead of the sitting I needed to review several Department papers relating to Homestay, the TT and Climate Change.

Back to Tynwald Court at 10.30am to continue with the general debate on affordable housing, which certainly generated a very open and passionate debate.

At lunchtime I attended a Commonwealth Parliamentary Association meeting, along with catching up with correspondence and constituent issues.

Back to the Chamber at 14.30 for a debate on the Emergency Powers Act 1936, which certainly changed the mood in the Tynwald Chamber as Kate Lord-Brennan, MLC tried tabling an amendment for consideration, which failed.

Not easy standing up against the tide at times, but congratulations to Kate for taking a stand.

This month’s Tynwald sitting finished at around 16.30 and once home I still needed to catch up with a few things and to draft a few long emails, but I was able to finish for round 21.00.

On Thursday I was able to stay at home and have an easy day in many ways working through two documents in relation to climate change, but I was able to spend a couple of hours getting a few jobs around the house done.

At 14.00 on Thursday I dialled into the latest DHSC briefing, which included an overview of the Health and Care Transformation Programme, which is now moving forward to the next stage, which will start in 2021.

The actual briefing lasted just under an hour so I was able to finish early.

On Thursday evening a press release was issued by the Chief Minister confirming my appointment as the new Children’s Champion on the island, which I am extremely proud to accept.

The two previous Children’s Champions, Daphne Caine, MHK and Tim Baker, MHK have certainly left some big shoes to fill, but I am looking forward to representing the views and interests of looked after children, young carers, children with complex needs etc, in order to ensure that they have a voice, and a strong voice over the next year or so.

It is certainly a challenging role, but I am up for the challenge.

Back into the office before 7.30am on Friday to prepare for a couple of meetings and the House of Keys sitting next week. Just before 9am Tim Glover from Manx Radio called into the office to do an interview on my role as Children’s Champion.

At 9.30am I then dialled into an environment directorate meeting in DEFA and once that meeting finished I needed to help a constituent with an urgent patient transfer issue before they travel to the UK next week.

From there it was straight over to the Government building for a joint DfE and Treasury meeting, which is continuing to look at the Manx economy and the next stages of recovery.

I left the office just after 14.00 and once home I still had a lot of emails to return, but I was able to finish for around 17.00.

At the Friday briefing the Health Minister, David Ashford, MHK confirmed that the Isle of Man hasn’t had a new case of Covid-19 for 30 days, which is fantastic news.

The total number of cases remains 336.

As for the weekend I have my political surgery at Onchan Community Centre between 10am and 11.30am on Saturday morning.