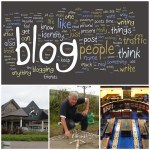 With plenty of rain and strong wind last weekend it forced me to pull my finger out and start putting together all the information and documents needed for my new website, which will hopefully go live in the very near future….

I also spent considerable time reading though the first report from the Public Accounts Committee on the overspend at Noble’s Hospital, which included the oral evidence sessions taken from the four Department Members in the Department of Health and Social Care.

On reflection, I genuinely believe my evidence is a fair and honest assessment of my time in the Department, and I am hoping that I can now draw a final line under those events.

The weekend finished on an extremely sad note when I received a phone call informing me that Garff Commissioner Robert Moughtin had passed away.

Robert was most definitely one of the cornerstones within the Isle of Man Municipal Association for many years, and a wonderful Commissioner and friend who gave up many hours of his free time to represent Local Government and more importantly the people of Maughold / Garff with a passion and commitment.

I genuinely enjoyed listening to Robert at our monthly meetings, especially when he was questioning a Minister and other MHKs on Local Government issues or on occasion National issues – he will be most definitely missed….

Although I didn’t have any meetings or briefings scheduled on Monday, I still went into the office for 8.20am and I think it is the first time that I have actually sat at my desk for the full nine hours before going home at 17.15.

Before I was an MHK I would normally go into the office 8am, have lunch at my desk working and then head home for around 17.15 ish.

Monday was still a busy day, especially dealing with several ongoing Constituent matters. The day started with me finishing off going through the Tynwald Order Paper, drafting several notes and then I watched a couple of House of Commons Speaker’s debates on the Future of the UK Health Service, which were very interesting, especially when we consider how the Isle of Man Health Service should be funded in the future.

I also raised several questions with the Director of the Isle of Man Companies Registry, and I was very impressed that he walked around to my office to discuss the matter personally – now that is what I call a service….

The information is needed ahead of a Constituent meeting on Friday.

Part of the afternoon was also spent on the phone trying to help resolve an ongoing housing issue and a family services case, which is always so emotional for everyone involved, including myself.

It is definitely the most difficult part of my role as an MHK, because you are always in the middle between the family and social services. That said, I would definitely prefer the pressure to be on me briefly, as I can’t imagine the daily pressures put on these families and social services until things resolve themselves over a period of time.

The rest of the afternoon and part of my evening was taken up going through several detailed decision papers received from DfE, in order to give my political support to various recommendations being made within the Motorsport and Tourism sectors.

Tuesday was all about the first sitting of Tynwald this year, I went into the office at 8.20am and there were several Members already in the office.

My day started with a really horrible moment when I realised that I had accidentally over-typed my Vision Nine speech with my Health Supplementary Vote speech!

Fortunately, I had emailed myself an early draft at home, which I was able to amend ahead of today’s sitting but it was certainly a scary moment….

Just before 10.30am we headed down to the Tynwald Chamber for today’s sitting, which started with 13 oral questions and a further 23 written questions for answer.

The Health Service debate started mid morning and finished just after 16.30, but given the financial situation of the Department I am not surprised that the debate lasted so long.

Unfortunately for me, I spent considerable time over the past few days drafting my DHSC speech, only to have most my comments and quotes taken or spoken by other Honourable Members, especially Dr. Allinson MHK – but I will let him off as his speech was far better then mine! (Note to self: raise your hand quicker…..)

There was also a strong debate in respect of Vision Nine, surrounding the failure of the process that would have ultimately led to the appointment of an external promoter and what lessons can be learnt from the events leading up to the termination of the process in November 2016.

I didn’t agree with everything that was said, especially by the Committee Chairman but it was an excellent report and the recommendations appear to be reasonable and balanced.

Although all Tynwald business was completed in one day, I was straight back in the office for 8am, which enabled me to draft a few questions for the House of Keys sitting on 30th January.

I also drafted a couple of letters and dealt with a number of Constituent matters, which involved several phone calls.

Tim Crookall, MLC and I then headed over to DfE for a Motorsport meeting regarding media coverage, which involved going through each available option for consideration.

Back to the office just after 11am, which gave me time to print off the large Agenda Pack ahead of the Environment and Infrastructure Policy Review Committee meeting on Friday.

I also spent some time over lunch working on my new website, which will be launched shortly, once I get the remaining information and picture together.

The rest of the afternoon was spent looking into previous Abortion legislation on the Isle of Man and any guidelines and press releases etc ahead of the House of Keys debate in a couple of weeks, along with scheduling some meetings for Thursday and next week.

My afternoon was going fine until about 16.30 when my computer crashed. It now requires a re-build, which seems a little over the top as it was only the internet that wasn’t working.

I left the office at around 17.10, but I was only home for a short time as I needed to be in Onchan for a fund-raising meeting at 18.30. From there I headed up to the Manx Blind Welfare Centre to say hello to the Manx Credit Union Committee Members, and to collect Ellen who was attending their AGM.

Not sure how to describe Thursday… I woke up at 3.30am and couldn’t get back to sleep so started to work on my new website for a couple of hours, gathering photographs and putting together some information.

With no desktop computer available, I worked from home on Thursday. Fortunately I had already printed off all the reports and information I needed for the day.

Thursday was spent visiting a number of Constituents, which I genuinely enjoyed. The first Constituent meeting was in respect of a serious housing issue, which lasted around an hour. The second meeting was to discuss a planning application and why some additional documents have suddenly appeared on the planning website. The final meeting was with residents regarding parking concerns in lower Onchan and I took the opportunity to walk around the area.

Back home for 13.00 to answer various e-mails and to make several calls. I also drafted a couple of long e-mails in order to follow up the points raised during the Constituent meetings in the morning.

At around 16.00 I started to go through my Environment and Infrastructure Policy Review Committee Agenda Pack, which included 12 letters received in respect of the Open Skies policy and our request for comments.

Back in the office for 8am on Friday morning and the first part of the morning was all about more prep work for the Committee sitting, along with catching up with some correspondence.

Just before 10am, I headed down to the briefing room for the Environment and Infrastructure Policy Review Committee meeting, which finished towards lunchtime.

From there I had a meeting with a Candidate standing in the MLC elections being held in March.

After lunch I had a meeting with a Constituent who has raised some serious concerns involving a tender process and the prices being used. Straight after that meeting I met up with another Candidate looking to stand as an MLC.

I finally finished all my meetings for the day at 16.00, which then gave me time to catch up with e-mails and printing various documents that I will need to review over the weekend.

After tea I drafted a couple of emails before calling it a day at 19.30.

A busy schedule for the weekend, I have my Political Surgery on Saturday morning (10am to 11.30am) at the Hub and two Constituent meetings scheduled in the afternoon.

Hopefully Ellen and I will be going the Dark Skies event being held in Onchan Park.

Sunday will almost certainly be taken up writing a few detailed e-mails, reviewing some Committee papers and trying to stay on top of things