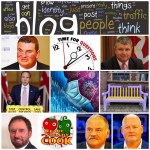 On Monday afternoon it was confirmed that the Isle of Man had two further cases of Covid-19, which brought the current total to three on the island at the moment.

The Manx Government confirmed that none of the cases are related and that none of them were in the community, which is excellent news. However, it does once again highlight the importance of complying with all of the instructions and advice being published when returning to the Isle of Man, especially from certain areas in the UK at the moment, which still haven’t got to grips with this horrible pandemic.

Chief Minister, Howard Quayle, MHK reassured the public that the risks on the island remain extremely low, but as a community we cannot be complacent and those people returning to the island have to take responsibility to protect our community from Covid-19.

What is making the situation worse is that in the UK there are currently widespread complaints that the testing regime is inadequate, which is the opposite to our testing regime here on the Isle of Man.

The UK Health Minister, Matt Hancock confirmed this week that it could take weeks to resolve the issues around testing, because of a sudden surge in demand.

All of these issues continue to put pressure on the Council of Ministers and Central Government here on the Isle of Man to keep our borders firmly closed for the foreseeable future, but these decisions will come at a cost unfortunately….

With my mind on so many other things over the past couple of weeks, I totally forgot to mention the “Sit and Chat Benches” that have started to appear around the island, especially when It is such a simple, but still wonderful idea.

Onchan Commissioners have placed their bench outside Bonds Restaurant so please keep an eye out just in case you see anyone taking a seat.

Also this week a lot of attention has been given to the amount of questions being tabled by Tynwald Members in August and September, which is normally when the Manx Parliament is in recess.

More than 100 questions were asked this month, with 30 of those questions from Douglas Central MHK, Chris Thomas and a further 25 are from Arbory, Castletown and Malew MHK, Jason Moorhouse.

Prior to being elected to the House of Keys in 2016, I genuinely thought the hardest working backbench MHK’s asked the most questions, but I soon learned that is not necessarily true.

A Tynwald Standing Orders Committee back in 2014/15 advised that according to Standing Orders, a question is to ascertain facts. However, in practice, questions are about more than finding information, because it allows Members to ensure that information is placed in the public domain so that it may be part of the political discourse in the island.

The previous Treasury Minister Eddie Teare confirmed during the last administration that responding to a single Tynwald or House of Keys question costs around £70, but the actual cost would depend on the level of information and detail requested from the Department etc.

So a quick calculation confirms that the actual cost to the taxpayer for answering 3,328 questions over the past four years is around £232,960.

Personally, I have found that a quick email to the particular department gets you the information you require, but on occasion questions need to be raised in the public domain.

I guess it is up to the general public to decide if a question being tabled is valid and worthy of the cost or if the question could have simply been answered via an email to the Department.

As for my own schedule this week, I was able to take a few days off this week before my workload starts to increase again from next week. As I mentioned last week, we should have been enjoying our Baltic cruise over the past week or so, but Covid-19 ensured that the holiday was cancelled.

Therefore, we spent a lot of time at home working on a few garden projects over the weekend, but we still managed to finish early on Sunday when Ellen and I decided to head to Peel breakwater for something to eat.

As for Monday, I didn’t head into the office until just before lunchtime, and the next few hours were spent in the office drafting several long emails, along with a general tidy up.

Just after 15.00 I headed down to the Sea Terminal for a Douglas Promenade Political Oversight Board meeting, which was a general update on the promenade project, which is slowly coming to an end. I stayed on at the Sea Terminal for a further meeting relating to the island’s “open skies”, and again a general update and discussion on the island’s aviation policies at the moment.

I managed to get home just before 18.00, but only for a few minutes. At 18.30 there was our quarterly meeting with Onchan Commissioners, which lasted just over an hour and a number of topics including Landlords Bill, Onchan By-Laws, Overgrown Hedges, Alcohol issues, Drainage, Climate Change Bill, Traffic Issues and Planning etc were discussed.

I got home for 20.00, but once I caught up with correspondence etc it was close to 21.00 before I finally finished for the day.

With Ellen being on holiday this week, I took the opportunity to take most of Tuesday off as we headed north to Ramsey, which included lunch at Milntown.

I still needed to respond to various messages and emails throughout the day and I also spent a couple of hours in the garden in the afternoon, but still a very relaxing and enjoyable day in many ways.

Back in the office before 8am on Wednesday and the morning was spent catching up with a few things, but I also took the opportunity to work on a couple of new projects. Towards 12.30 I headed up to MTTV to do my annual catch up with Paul Moulton.

Back to the office and into a CPA conference pre-meeting ahead of the virtual conference which gets underway next week. Unfortunately, the actual conference was due to be held in Malta back in May, but it became another casualty of Covid-19.

It will be interesting to see the overall quality of the conference, because there will be a number of countries and individuals taking part.

I was also able to take most of Thursday off, which gave me an opportunity to get outside from around 7.30am. Other than building the new greenhouse, which is already on order, the rest of the current garden project is almost finished.

At lunchtime I had to start catching up with phone calls and emails along with spending a couple of hours going through the Manx National Heritage agenda pack.

At 16.00 I dialled into the MNH meeting via “Zoom”, which included a very exciting presentation, and more details will follow over the next 12 months, so watch this space.

The meeting finished for around 18.30.

As for Friday, again I was able to take most of the day off to catch up with our garden project. I can’t believe we have managed to get so much work done in such a short period of time, the majority for me over three or four long weekends, but the work is almost done.

Ellen and I headed out for lunch to mark the end of her holiday, although I doubt her time off work has actually felt much like a holiday.

Friday afternoon was spent catching up with correspondence and a few phone calls.

As for the weekend, my schedule for Saturday has changed, so I now have a free day, but on Sunday I will be attending the Food and Drink Festival, along with taking part in “ Ready, Steady, Cook“ at 15.00 in which the DEFA Minister, Geoffrey Boot, Martyn Perkins and I will be making a Manx Baked Alaska, which should be fun.