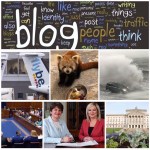 The Isle of Man Social Attitudes Survey for 2019 has been published, and it certainly makes interesting reading. It is one of the publications that all Tynwald Members should read, and although the information should be considered in the correct context, it does provide valuable feedback to Government for performance, evaluation, policy, development and future planning.

Hopefully, I will be able to expand on this particular Survey in a separate post on Sunday.

There were also a couple of stories that I wasn’t able to cover last week unfortunately, but I do feel they deserve a mention, especially for when I look back in 2021.

The first one relates to our colleagues in the Northern Ireland Assembly, as the two main political parties agreed to restore the devolved Government in Northern Ireland, which is fantastic news for everyone involved.

The Northern Ireland Assembly has had a chequered past mainly because of the trouble in Northern Ireland, but they did have a Parliament as the devolved legislature from 1921 until March 1972 when the Parliament was suspended and then eventually abolished in 1973.

Devolved power in Northern Ireland has been restored and suspended several times over the last 46 years, but on 7th March 2007 the two largest parties, the Democratic Unionist Party and Sinn Fein agreed to enter into a power-sharing Government, which was established on 10th May 2007 with Ian Paisley as First Minister and Martin McGuiness as Deputy First Minister.

That particular agreement lasted almost 10 years until January 2017 when the Northern Ireland power sharing agreement collapsed after Martin McGuinness resigned in protect over the Renewable Heat Incentive Scandal, and the fact that Sinn Fein refused to re-nominate a Deputy First Minister.

The inquiry into the Renewable Heat Incentive Scandal is still ongoing and definitely worth a google search if you are not aware of the history surrounding those events.

If nothing else, the UK General Election has certainly enabled the Democratic Unionist Party and Sinn Fein to come together in a new power sharing agreement for the Northern Ireland Assembly.

I certainly wish our friends in the Northern Ireland Assembly all the very best for the coming weeks and months, but they have a lot of catching up to do….

The other story closer to home related to “Kush” the Red Panda who escaped from the Wildlife Park once again. When I saw the press release towards the end of last week, it certainly did make me smile. His escape once again generated a considerable amount of media interest both locally and regionally.

Fortunately, Kush was captured relatively quickly this time, but he is becoming a bit of a local celebrity….

Another big story this week, and one that is very close to the Isle of Man is the ongoing financial crisis affecting Flybe at the moment.

As the BBC reported this week, if you live in the Isle of Man, Flybe’s service can literally be a lifeline, especially for those who use the patient transfer service.

By the end of the week Flybe and the UK Government had reached an understanding in respect of the outstanding bill for airport passenger duties, but hopefully the company can turn a major corner in 2020 because we definitely need this airline….

Anyway, back to my own schedule this week….

Last weekend, I spent some time continuing to work through the Tynwald Order Paper but it certainly wasn’t a stressful weekend.

Storm “Brendan” hit the UK and the Isle of Man on Monday, bringing heavy rain and gusts of more than 80mph, along with coastal flooding.

With no meetings or briefings scheduled for Monday I took full advantage of a light schedule to stay at home as per the advice given by the emergency services, which enabled me to spend a few hours in the morning painting our bedroom.

I caught up with phone calls and correspondence early on Monday morning before starting the painting at around 10am, but I was finished for 14.00. The afternoon was spent working on various things, including the Tynwald Order Paper until around 19.30.

Back into the office before 8am on Tuesday to do a few things before the DfE Minister and Members visited a local business In Douglas that has only been on the island for a couple of years.

Unfortunately, it is another one of those occasions when I need to reserve my comments on the activities of the company etc until March. The company in question is due to make various press announcements in February and March, which I have to respect.

I can assure Constituents that I will publish further details on their very exciting project once the public announcements have been made.

Back to the office just after 11am, which gave me an opportunity to respond to a few emails before a Constituent called in towards lunchtime to discuss blocked drains and surface flooding in lower parts of Onchan.

From there it was up to the Barrool Suite for a Tynwald briefing by the Department of Education in respect of the new legislation that will be going though the House of Keys in due course, and this particular piece of legislation could face a few challenges along the way….

I had to leave that meeting slightly early at around 14.10, in order to have a meeting with the Head of Tourism, which was an industry catch up.

I was able to leave the office at 15.30, but once home I continued to work on the Tynwald Order Paper until 18.30.

Wednesday morning was spent in the office working on a project, which involved several avenues of research and a considerable amount of reading.

At 11.30am I had a meeting with the DfE Minister, which was a general catch up before I walked down to the Sefton Hotel for a social luncheon that brought together all stakeholders from the Isle of Man Visit Agency and the Chamber of Commerce Visitor Economy Committee.

A couple of excellent speeches from the relevant Chairmen and it was great to catch up with a number of people.

Back to the office briefly before the Public Accounts Committee travelled to Noble’s Hospital to speak to staff and look at some equipment, which appears to be making a big difference at the hospital.

We then headed North to the Ramsey Cottage Hospital, again to speak to staff and to look at some equipment in operation.

A massive thank you to the staff at Noble’s and Ramsey Cottage Hospital for their time and for showing us around.

I finally got home for around 18.00, but I still needed to go through the Isle of Man Visit Agency agenda before finishing.

Thursday was all about the Isle of Man Visit Agency, which had their monthly meeting that got underway at 9.30am. A busy agenda with plenty of discussions around hotel funding, visitor numbers, airlines and the overall domestic tourism sector.

The meeting lasted around three hours and from there it was straight back to the office briefly to meet up with a potential MLC candidate before walking back to DfE for a motorsport meeting.

The final meeting of the day was between Teaching Unions and Tynwald Members in respect of the ongoing dispute with the Department of Education, Sport and Culture.

I left the office at 16.30 and once home I continued to go through the Tynwald Order Paper until around 22.30, along with going through the Isle of Man Social Attitudes Survey 2019.

In the office just after 8am on Friday and the first couple of hours were spent at my desk trying to catch up with various things. At 10am I had a meeting with the Manx Motorcycle Club before walking over to DfE for an extraordinary department workshop, which discussed the domestic economy, minimum wage and cannabis.

Back to the office to collect my bags, and with no further meetings or briefings I was able to get home for 14.00.

After doing a couple of jobs in the house, I was able to continue working on the Tynwald Order Paper until around 16.30.

As for the weekend, I have my political surgery on Saturday morning at the Community Hub between 10am and 11.30am, along with a couple of Constituent meetings.

Hopefully, Ellen and I will be able to go out for a walk on Sunday.