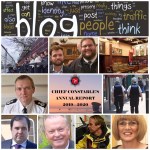 I have to start this week by congratulating all island residents who were recognised in the Queen’s Birthday Honours List, which was delayed from June.

The Health Minister, David Ashford, MBE, MHK was one of several island residents to receive an MBE or BEM this year. A statement from Government House said that Mr Ashford showed remarkable courage and compassion, along with kindness, humour and an unquestionable sense of duty throughout the pandemic, but also during the press conferences.

His DHSC colleague, Peter Duffy, Consultant Urologist also received an MBE for his work, especially towards the end of life for patients in the absence of their relatives throughout the pandemic.

Ramsey Rugby Club’s Gareth Hinge who arranged deliveries of food and medicine to those in the north of the Island also received an MBE, along with my DOI colleague in Harbours, Mark Kenyon who was recognised for his excellent work over the past 30 years with the Ramsey Lifeboat together with training others in the RNLI. Fundraiser Thelma Lomax also received an MBE for volunteering with Women’s Aid and Refuge, amongst other island charities.

Congratulations once again to everyone who was recognised for their commitment to this island and our community.

As a completely separate story, there was a lot of focus on Tynwald Members’ pay once again this week after an independent report on the topic was published in January, but will be discussed in Tynwald this month.

I will be posting a separate item on this particular topic on Sunday morning, so I will not expand any further at the moment.

As for last weekend‘s activities, On Saturday I headed down to the Grandstand to meet up with the Scouts and Cubs before the Scoreboard is dismantled towards the end of the month. The weather was horrible with a sudden downpour of rain, so I was very surprised by the number of people that turned up for one final photo.

A massive thank you to the Scouts, Cubs, Leaders, Timekeepers and other volunteers who have helped run the Scoreboard facilities over the years, we couldn’t run the event without you – thank you….

I also spent 3 or 4 hours on Saturday afternoon working through the DEFA Environment Directorate meeting scheduled for Monday morning. Sunday was spent at the kitchen table going through the Ports Division agenda pack before I started to go through the DfE agenda pack that went into almost 200 pages.

I also had to go through the House of Keys Order Paper/Question Paper before reading through the Human Tissue and Organ Donation Bill 2020, and the Courts, Tribunals and Local Authority Procedures and Miscellaneous Provisions Bill 2020.

I finally finished for around 16.00 on Sunday afternoon.

In the office for 8am on Monday and I spent the first hour checking some planning legislation and the Strategic Plan from 2016 before driving over to St. John’s for the Environment Directorate meeting, which got underway at 9.30am.

This was followed by a quick political meeting with the DEFA Minister before getting back to the office for just before 12 noon. A planning appeal meeting scheduled for 11am on Monday morning at DEFA was cancelled and re-scheduled for later on in the week, which was disappointing because I had everything ready to go…

From there it was straight up to the Barrool Suite for the Chief Constable’s annual briefing, and once again Gary Roberts delivered a very powerful and honest message to Tynwald Members as he outlined his concerns over the past 12 months. He also gave an update on the fantastic work that his Constabulary colleagues did during the Coronavirus Pandemic since March, along with some of the challenges they faced as a force, especially around drink, drugs, serious violence and mental health issues.

Just time to catch up with a few emails and phone calls before driving down to the airport for our Ports Division meeting that included an update on the Isle of Man Ferry Terminal in Liverpool, which is seriously being affected by the Coronavirus pandemic.

The last hour was spent in the office before leaving at around 17.15, but on Monday evening I needed to spend a couple of hours drafting a few templates for letters that I will need to send out this week, before finishing for around 20.00.

I was in the office just before 8am, but I wasn’t able to access the building for around 15 minutes because of a fire alarm going off in the Tynwald Building.

So a new parliamentary term begins once again, and for some reason it always brings back memories of a new school term, a point that was reaffirmed by the sounding of the bell at 9.45am to call Members into the House of Keys Chambers.

The House of Keys wasn’t meant to reconvene until Tuesday 27th October, but it was great to get back into the swing of things once again. The sitting started with the Speaker of the House of Keys congratulating Douglas North MHK, David Ashford on his MBE. This was followed by the formal swearing in of two new Douglas South MHKs, Claire Christian and Paul Quine, which brought back fond memories of 2016, which now feels like a lifetime ago.

This was followed by an emergency question relating to the ongoing dispute between the Teachers Unions and the Department of Education. Normal question time was extended so all 20 oral questions were answered by the Ministers, along with 17 questions for a written reply in the first sitting of this Parliament.

Question time took us almost up to lunchtime, and during the lunch break there was a presentation on the recent “Beamans” report, which was the independent report looking into the Department of Education, which was a very good presentation.

At 14.30 we were back into the House of Keys Chamber and the Courts, Tribunals and Local Authority Procedures, and Miscellaneous Provisions Bill 2020 certainly changed the mood of the Chamber as the Policy and Reform Minister, Ray Harmer, MHK tried to push this particular Bill through its First and Second Readings, along with the Clauses Stage in a single sitting.

In the end the suspension of Standing Orders to continue with the Bill the same day was voted down 13-11 in the Keys, after the Second Reading had been approved, so the Policy and Reform Minister will now have to bring the Bill back before the Keys for the Clauses stage in due course, which was the right decision.

Personally I voted against suspending Standing Orders, because we cannot allow the legislation to be pushed through the House of Keys in a single sitting unless the Minister can fully explain and justify the urgency, and on this occasion I don’t believe the Minister, Ray Harmer, MHK did that to a satisfactory level.

The sitting finished around 16.00 and the last hour was spent in the office, and once home I still needed to catch up with a couple of things.

On Wednesday I was in the office for around 7.15am, in order to prepare and send out a few letters, because I knew I had a busy schedule ahead. Just after 9am I walked over to DfE for the Minister and Political Members’ meeting before the Department board meetings, which started with a briefing with Peter Boxer and Steve Beevers who gave an EU update.

This was followed by the usual Agency Chairs update before the Department Board meeting, so I didn’t actually get back to the office before 13.00. Just time to catch up with emails and a few phone calls before walking down to the Sea Terminal for a Policy and Strategy meeting, which focused on Health and Wellbeing and a new project for Jurby, which looks fantastic and it could create a few jobs and opportunities in the future.

I left the Sea Terminal just after 17.00 and by the time I got to the office and then home it was close to 18.00, which left me a few minutes to draft a couple of emails before heading out to play snooker.

As for Thursday it was a full 9 hour day in the office working on the Tynwald sitting, which included drafting a couple of speeches. I also needed to deal with various Constituent issues, so as always there was still not enough time to fully prepare for Tynwald just yet.

I left the office just after 17.00, but I needed to be in St. John’s for the Agri-Environment Handbook Launch before 18.30. The meeting was originally scheduled for a 17.30 start so I was only able to catch the Minister’s opening remarks before leaving, because I had already arranged to meet friends at 19.30.

On Thursday evening the Douglas By-Election results were announced for the two vacant seats, and the two Labour Candidates topped the poll and were duly elected to represent the Constituency of Derby Ward until 1st May 2021. Congratulations to both Devon Watson and Samuel Hamer on their election victory, but turnout for the election was around 19.1%, which is very low.

Next week Onchan goes to the polls to elect a new Onchan District Commissioner, and it is a straight fight between David Quirk and Kim Corlett for the vacant seat. The Isle of Man Post Office had to issue an unreserved apologies this week via its Chairman Julie Edge, MHK after errors were identified in the polling cards.

I have followed this election and I will be perfectly honest when I say that I am not happy with some of the things I am hearing, but I won’t comment further until after the election has been held and the result delivered.

On Friday I was in the office early to continue working on the Tynwald sitting. I also needed to review some immigration legislation before meeting up with a Constituent just after 9.30am ahead of a meeting we had with Isle of Man immigration officers.

A very good meeting and hopefully we can resolve any remaining issues during the appeals hearings. I was back at the office towards 11.30am and for the first time this week I was able to join some Tynwald colleagues for lunch.

Also on Friday I had a meeting with a planning professional and the DEFA CEO as I was asked to review two very difficult planning appeals on behalf of the Department. The rest of the afternoon was spent in the office work on the Tynwald Order Paper and the Area Plan for the East.

With regard to the Coronavirus pandemic, unfortunately the situation in the UK is not looking good at the moment, especially when the number of new cases being reported on a daily basis has increased from 6,914 on 1st October to around 18,000 on Friday this week. For that reason the UK government has now introduced a new three tier alert system, which designates certain areas into medium, high and very high risk of the virus.

Closer to home the Isle of Man has always enjoyed strong links with the city of Liverpool, but unfortunately this week the city has had stringent measures imposed and has become the first designated area as a very high risk.

Personally, I still have everything crossed, hoping that the situation improves before the Christmas holiday period, which is a time for family and friends.

As for the weekend, I have my political surgery at the Onchan Community Hub between 10am and 11.30am, which will be followed by two Constituency meetings on Saturday morning, but hopefully, Ellen and I will be able to get out for a walk on Sunday morning ahead of a long sitting of Tynwald next week.