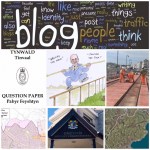 The draft Eastern Area Plan was back on the agenda this week as I attended a public meeting scheduled by Onchan District Commissioners on Wednesday evening.

The Area Plan will definitely be one of the biggest topics over the next six to twelve months, especially in Onchan which has one particular site that could cause a considerable amount of infrastructure, sewerage and traffic concerns in the future.

More on that topic shortly….

Also this week the Chief Minister reflected on the first three years of this administration, which was described as “Walked the Walk”, which is strange terminology to use.

I think overall the Government has made some very bold decisions, and the right decisions at times, but those tough decisions are sometimes still not being fully explained to the Manx public.

If the Council of Ministers and / or Government Departments are pushing through key decisions, then we certainly need to communicate or explain those difficult decisions better to the general public.

I guess only the people of this island can truly say if this Government has Walked the Walk or if it is no better then the previous two administrations….

I enclose a link to the Question Paper, and I know I will be upsetting a couple of my Tynwald colleagues, but what are you doing, guys….?

Questions in the House of Keys or Tynwald are meant to raise genuine concerns into the public domain or to challenge a decision(s) or course of action taken within a particular Department etc.

I think the previous Treasury Minister, Eddie Teare during the last administration said each question costs around £70 to answer in officers time…. so definitely not our finest moment collectively as Tynwald Members.

Let’s go for quality and not quantity in the future…..

As for this week’s activities – it was slightly busier but still no real pressure except for the Area Plan for the East which continues to take up a considerable amount of time, and it will do over the next six months.

I still went into the office on Monday at 8am and the morning was taken up with me drafting various letters and templates associated with the Area Plan for the East, which get underway on 10th September 2019.

Although Tynwald Members do have access to secretarial support within the office, I still prefer to draft my own correspondence, but that might change in the future.

I don’t think there is much more I can actually do on this particular topic until I am called before the Area Plan Inspector in September.

My website is currently being updated so that Onchan Constituents and the wider Manx public can access and read through my “evidence paper”, but I would grab a coffee first because the evidence paper is over 15 pages long…

I then started to look at my MHK expenses, which are paid to all Tynwald Members and covers any out of pocket expenses when representing or carrying out their duties / functions on behalf of Constituents.

It did feel like the right idea back in 2016 when I started writing my Manifesto, but it is far from easy, especially when considering what costs should or shouldn’t be considered as an “expense” as there is no requirement currently to produce receipts, so it is down to each individual Tynwald Member….

Hopefully, that information will be published at the end of next month.

I then spent the next couple of hours or so trying to catch up with other correspondence, which had fallen behind before printing off some of the DfE Agenda Pack for Wednesday’s meeting.

Tuesday was spent at home, which gave me a small opportunity to paint a couple of windows in the cottage during the morning, but the afternoon and part of the evening was taken up with the DfE agenda pack and going through the newly published documentation relating to the Area Plan for the East, which was posted on line by the Cabinet Office last week.

I also needed to go through planning legislation and guidelines ahead of a Constituent meeting scheduled for Wednesday, but I still managed to finish for around 20.00.

In the office for 8am on Wednesday in order to catch up with a few things before walking over to DfE for the Department meeting, which started with the Agency updates at 9am.

This was followed by an ongoing discussion around the Douglas Promenade, and those businesses and hotels that are currently being impacted by the ongoing works.

It was reported again this week that further cracks in the red concrete were identified, which is not helping the current situation.

The Department meeting finished at around 12 noon, which gave me an opportunity to grab some lunch before driving back into Onchan for a Constituent meeting at 13.00 relating to a planning application, which is currently being reviewed by the Tynwald Ombudsman.

The meeting lasted almost 2 hours and once I was back in the office I needed to call the AG’s Chambers and the Planning Department relating to certain points raised during the meeting, along with printing off some documentation relating to the current Consultation on the Reform of the Planning System, which I will review over the next couple of weeks.

The rest of the day was spent in the office drafting a couple of letters before leaving at 17.00.

Just after 18.00 I attended a public meeting called by Onchan District Commissioners (ODC) relating to the Area Plan for the East, which started at 18.30.

Around 60 Onchan Residents attended the meeting and it was nice to catch up with various people before and after the meeting.

The public meeting was scheduled in order for ODC to gather the general public’s view on the draft Area Plan for the East.

However, despite the best efforts of the ODC Chairman, Robin Turton the meeting ended up with the Onchan MHKs having to defend themselves against comments being raised by one particular Onchan Commissioner, which was extremely disappointing.

The meeting should have been seen as a unity of Onchan MHKs and Onchan Commissioners working together for a common cause, which was to ensure that the final Area Plan for the East actually reflects the concerns and comments raised by Onchan Residents – definitely a missed opportunity I feel.

The time for electioneering is in April 2020 and September 2021 and not during such an important issue that will certainly affect how Onchan Village, Parish and the surrounding area might look in the future.

As I mentioned during the meeting, Julie Edge, MHK and I are just two Tynwald Members amongst 33 voting Members, so we certainly cannot be held accountable if the final Area Plan for the East is supported by Tynwald.

As an MHK I have submitted 15 pages of evidence this week on behalf of Onchan residents, which includes a number conclusions that I have asked the Planning Inspector to consider during the Public Inquiry.

Hopefully, the Inspector will support some of the evidence I have submitted, but if the final Report remains unchanged then I will have to seriously look at what options are available before the document is tabled in Tynwald.

A copy of my evidence paper will be posted on my website next week (www.robcallister.im)

I was also meant to attend another event at Onchan Scouts on Wednesday evening, but I didn’t actually leave the Hub until around 20.45 and unfortunately I had to take an urgent call, which meant I had to miss the second engagement.

Ash has done an amazing job at 2nd Onchan Scouts over many years, and I certainly wish him all the very best for the future.

In the office just before 7.30am on Thursday but only to drop off my bag before heading up to the dentist for a further appointment.

The rest of the day was spent at my desk drafting letters relating to the draft Area Plan for the East, which I didn’t finish until around 15.00.

Before heading home for the day I still needed to go though a motorsport budget business case and some of the additional documents relating to the reform of the planning system.

Once home I still needed to draft several emails before calling it a day.

Friday was a busy day, it started at 8am and the first couple of hours was spent in the office catching up with things and drafting several notes.

Just before 10am I walked over to the Cabinet Office for a meeting on my submission relating to the Area Plan for the East.

I think overall the Cabinet Office was supportive of the evidence I have submitted, I only hope that the Inquiry Inspector also supports my conclusions.

From there I walked over to the DfE for two meetings, the first was a meeting with the Director of Motorsport and the Deputy CEO as we went though a budget business case ahead of Treasury submission.

At 12 noon there was a DfE workshop to take a closer look at the TT and Festival of Motorsport, along with going through Treasury submissions.

Those meetings finished just after 13.30, which gave me a few minutes to grab something to eat before driving up to Manx Radio to do a few interviews.

One was on the Area Plan for the East, another related to the Isle of Man Cruise Industry and I was also asked for a comment on the Tynwald Question Paper.

Finally got back to the office after 15.00 in order to catch up with things.

As for the weekend, I have my political surgery on Saturday morning between 10am and 11.30am.

I am also playing in the IPA qualifier, which could be embarrassing for me, especially when I have only played pool a couple of times over the last four years….

The Festival of Motorcycling gets underway this weekend, so let’s hope for good weather and best of luck for everyone involved.