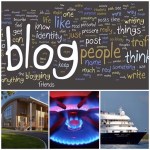 After a week out of the office with the TT festival, this week was all about catching up and preparing for next week’s Tynwald sitting.

In the office for 8am on Monday in order to get my head down and to seriously catch up on things. First task was to collect any post items left in my pigeon hole, along with responding to several items of post.

I then printed off and went through the Agenda pack for today’s Environment and Infrastructure Policy Review Committee meeting, along with printing off the Order Paper for tomorrow’s House of Keys sitting.

I made several calls to Constituents and I also managed to help a Constituent with a Housing Application, which I forwarded on to my colleague David Ashford, MHK.

Throughout the morning I took the opportunity to speak to a number of colleagues on various topics.

My final task before lunch was to draft a template letter, in order to respond to an ongoing concern for a number of Onchan residents.

After lunch I started to print off the Tynwald Order as I will be making a number of speeches during the sitting.

Just before 14.00, I headed downstairs for the Environment and Infrastructure Committee as we prepare to take oral evidence from the Department of Environment, Food and Agricultural on Friday morning.

The Committee meeting finished at 15.00, which gave me time to send a few further e-mails before heading home at around 16.00. I only had time to change into my suit before heading back to the office and then down to the Sea Terminal just after 5pm.

I was invited to the Victoria Pier in Douglas in order to present a special gift to one special passenger on the Hebridean Sky Cruise Ship, as the Isle of Man celebrates its 50,000th Cruise Passenger visiting the island since 2005.

Tuesday was a very busy day, in the office at 8.10am and after grabbing the usual coffee I prepared some supplementary questions for today’s House of Keys sitting, along with catching up with e-mails.

Just before 10am I headed down to the Keys Chambers. It was a busy Order Paper with 28 oral questions and a further 6 questions for written answers. There were a number of questions on Manx Gas who recently raised tariffs and standing charges, I am sure that further questions will follow in due course.

There were also a couple of Bills that were going through First and Third readings.

The sitting finished at 12.30, which gave me time to send my Tynwald Day Grandstand tickets out before going up to the Barrool Suite for a presentation on the Competition Bill, which is being considered by the OFT at the moment.

The presentation finished at around 14.00, and thereafter I got my head down to catch up with e-mails and correspondence relating to various topics. In total I sent out around 31 e-mails and letters during the afternoon.

I left the office at 17.10 and after tea I went through my DED Agenda Pack for tomorrow’s meeting, before calling it a day at 20.50.

Another busy day on Wednesday, in the office for 8.10am which gave me just enough time to send several e-mails and to run though my notes before heading over to DED just after 9am.

The first meeting was amongst the political members and the Minister. Just after 10am we headed into the main boardroom for a presentation, which was followed by the usual Department Management meeting, which finished at 12.30.

I headed back to the Tynwald building to grab a spot of lunch, which included a quick chat with the Treasury Minister. I still managed to get to my office for 13.00 and after copying a number of documents I went down to the Members’ room for a discussion amongst the Tynwald Members relating to the Lord Lisvane Report, which is being debated in Tynwald Court next week.

The meeting finished at 14.30 and from there I went up just one flight of stairs to attend a meeting of the Public Accounts Committee, which finished at 15.40. I spent the next couple of hours going through my Manx Gas written questions, along with speaking to the OFT on the topic.

It is fair to say that Thursday was a frustrating day from start to finish. With the boiler broken at home I needed to get a shower at work, so I left home at 7.30am. At my desk for 8am, but nothing went to plan.

Instead of preparing for tomorrow’s oral session of the Environment and Infrastructure Committee, I spent the first hour or so trying to respond and calm down posts placed online and in the media relating to the TT logo and the TT supporters club.

I also spent some time trying to help a Constituent with an employment issue, which involved making several calls.

I did manage however to spend around 40 minutes preparing for tomorrow before meeting up with several other MHK’s to look over next week’s Tynwald Order Paper at 10.30.

Unfortunately, I had to leave the meeting at 11.40am in order to respond further TT Logo e-mails and several missed calls. I also took the opportunity to head up to Manx Radio to do a further interview on Manx Gas……

Back to the office for 12.30, which gave me time to deal with several Constituent matters, along with answering further e-mails on the TT Logo. Just before 14.00, Tim Crookall, MLC and I headed over to DED for a TT briefing and overview of this year’s event.

The meeting finished at 15.20 and got back to my desk to find more missed calls and messages relating to various topics. I managed to clear everything before heading home at 17.15pm.

After tea I continued to prepare for the Environment and Infrastructure Committee oral session, but I called it a day at 20.20.

In the office for 8.20am on Friday, which gave me plenty of time to finish my prep work, along with addressing any e-mails etc. At 10am the Environment and Infrastructure Committee met ahead of the morning session, which began at 10.30am. The 30 minute meeting with Committee members is used to run though any questions and topics being discussed and to clarify points with the Committee Clerks.

At 10.30, the Committee Members and the Clerks headed into the LegCo room, in order for the Environment and Infrastructure Policy Review Committee to take evidence from the Minister for Environment, Food, and Agriculture, Hon Geoffrey Boot MHK, and the Chief Executive of the Department, Mr Richard Lole.

The oral evidence session covered a wide range of topics and didn’t actually finish until 12.45pm, but I felt it was an excellent session.

I didn’t bother with lunch and managed to get back to my desk for 13.10 and between several briefings with various MHK colleagues, the rest of the afternoon was spent trying to prepare for the June sitting of Tynwald, which will certainly go into two days.

I also caught up with a number of e-mails and phone calls in order to help a couple of Constituents with concerns relating to parking and overgrown hedges.

I finished for the day at 17.15 but I didn’t go directly home, instead Ellen and I headed to the Hooded Ram to meet my old boss who was leaving his current role as MD. It was good to catch up with old colleagues, I owe my old boss a debt of thanks for keeping my job open when running for the House of Keys.

I wish him all the very best for the future……..

Managed to get home for 18.50 and straight after tea I drafted this week’s Blog.

The weekend will certainly be taken up preparing for Tuesday’s Tynwald sitting, along with drafting several speeches and notes.