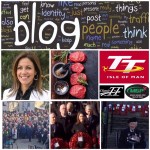 Last weekend the Isle of Man fell silent to remember and to pay tribute to those who lost their lives fighting for their country, which isn’t restricted simply to the First and Second World Wars.

I saw an unbelievable stat issued by the Isle of Man Government last week that confirmed that during the First World War 8,261 Manxmen enlisted in the armed forces, which represented 82.3% of the Isle of Man’s male population of military age – a very scary thought indeed….

I have already posted a few separate messages relating to the events I attended formally, but Remembrance Sunday events last weekend started with the Children’s Poppy Service at St. Peter’s Church on a bitterly cold Saturday morning last weekend.

Congratulations once again to the students from Ashley Hill, Onchan and Bemahague schools for the readings and poems before they placed crosses in the remembrance garden.

On Sunday morning there was a parade through Onchan village to St Peter’s Church for a service and then back to the War Memorial to read out the names of those Onchan residents who lost their lives in war and conflict, which was then followed by the laying of wreaths and a 2 minute silence.

I think most of us know that the Remembrance Day relates to when the guns of Europe fell silent, but I didn’t realise that this actually happened at 5am on 11th November 1918 after four years of bitter fighting.

The actual reference to the eleventh hour of the eleventh day of the eleventh month in 1918 relates to the signing of the Armistice, which happened in a railway carriage in the Forest of Compiegne, France in 1918. I really should have paid more attention in school because I am sure that many of the students from Onchan or Ashley Hill School could have told me that, as their knowledge and understanding of the World Wars is fantastic – thanks mainly to Hector Duff who goes into the schools to teach them.

Ironically, the same carriage was used by Adolf Hitler in the Second World War in accepting the French surrender.

The two minutes’ silence idea came from an Australian journalist called Edward Honey who published a letter in the London Evening News on 8th May 1919 requesting a respectful silence to those who had given their lives. The correspondence was then brought to the attention of King George V who on 7th November 1919 issued a proclamation which called for a two minute silence on the 11th – and this year we marked the 100th anniversary of stopping and paying our respects to those who sacrificed so much.

There were also a few comments and debates online this week as to whether our Chief Minister, Howard Quayle, MHK should have attended local remembrance ceremonies on island or was it more appropriate for him to lay a wreath at the Cenotaph in Whitehall, London on behalf of the Isle of Man?

I felt some comments were a little unfair towards the Chief Minister, especially taking into account the island’s personal sacrifice over the last 100 years. Normally a wreath is laid by a Whitehall official on behalf of the Crown Dependencies, so I for one fully appreciate and thank the Chief Minister for directly representing the Isle of Man for the very first time this year by laying a wreath in person at the Cenotaph in Whitehall.

These decisions are never easy to make. I know how I felt last year when all the flights from Jersey were cancelled as I tried desperately to get home for Remembrance Sunday. I finally arrived at Onchan’s War Memorial just as the march was coming back from St Peter’s Church with only minutes to spare…

I am also certain that the Chief Minister’s constituents would understand the significance of the occasion in laying the first wreath at the Cenotaph in Whitehall, London.

After Sunday’s Remembrance service in Onchan and a cuppa in the Methodist Church, Ellen and I took the opportunity to grab a meal in the Archibald Knox, which I would highly recommend for Sunday lunch, before we headed down to St John’s for 15.00, in order to attend the National Service of Remembrance and Re-Dedication.

It was bitterly cold sitting in the Church as the heating was broken – in fact I felt it was actually a little warmer outside…..

I must also pass on my sincere thanks to the Onchan Branch of the Royal British Legion who collected over £19,000 during the 2018 fundraising event, which is a fantastic achievement for everyone involved.

As for this week’s activities, it is my 179th Blog – so I am certainly looking forward to drafting my final Blog in June 2021. That said, I am still very proud that I have been able to remove many of the myths and secrecy associated with MHKs once they get elected.

It also makes me smile when people let me know that they actually take the time to follow my progress each week, but for some reason they also seem to share how and when they read my blog, and I have certainly heard a few funny stories over the past three years.

For one lady in Onchan it is normally 8am on a Saturday morning in bed with a cup of tea, she evens reads it to her husband who doesn’t use social media.

So wherever you choose to read my weekly Blog – thank you…..

On Monday morning I headed out early for a walk along the Douglas promenade and South Quay before working from home for the first hour or so. From there I went into Onchan for the Remembrance Day service with the children of Ashley Hill and Onchan Schools.

Finally got into the office towards lunchtime and my first job was to draft some correspondence in response to a tourism paper relating to the promenade regeneration scheme.

Martyn Perkins, MHK and I then had a meeting with someone in respect of a land dispute and what laws need to be reviewed.

Based on my own personal experience there are certain laws relating to land disputes and the registration of land that need to be amended as a matter of urgency if we are to get fairness, and a fair hearing for all…

The role of the Land Registrar during any land disputes, especially during the early exchange of correspondence from the relevant parties is a vital part of the process, and something that needs to be reviewed again as a matter of urgency.

The rest of the afternoon was spent drafting various correspondence and going through the House of Keys order paper, which I continued to work on from home until around 20.00.

In the office early on Tuesday to finish off going through the last few items on the House of Keys Order Paper that got underway at 10am.

The sitting started with 12 oral questions and 6 written questions before the Regulation of Care (Amendment) Bill 2019 received its first reading.

Consideration of Clauses in respect of the Children and Young Persons (Amendment) Bill 2019 and the Limitation (Childhood Abuse) Bill 2019 was then heard.

The sitting finished just before 12 noon, which gave me time to do a quick Manx Radio interview on the radio broadcast tender for the TT races, Classic TT and the Manx Grand Prix, which was launched on 15th November.

The next couple of hours were spent going through the DfE agenda pack, which had a number of TT related papers for consideration.

At 15.45 I took the opportunity to walk home, which took about 50 mins. Once home I continued to work on the DfE agenda, along with going through some evidence and documentation relating to an ongoing investigation currently being reviewed by the Environment and Infrastructure Policy Review Committee.

My own personal views on this particular tender are recorded on Hansard during the Tynwald sitting in October when I tabled an amendment, which was heavily defeated on the day.

Given my comments in Tynwald last month, I will certainly play no part in the procurement process or the final political decision at a Department level.

In the office for normal time on Wednesday before walking over to DfE for the usual Minister and political members meeting ahead of the Department meeting that got underway at 10am.

The meeting started with updates from the four agency Chairs, which is always a good opportunity to discuss some of the work and projects being undertaken by the agencies at the moment.

We then went through the agenda pack, which had several TT motorsport papers for consideration.

The actual DfE Department meeting didn’t finish until 13.30, which only gave me 30 minutes to return a couple of calls before attending the Public Accounts Committee meeting.

That particular meeting lasted a couple of hours and the remaining time was spent catching up with correspondence.

Once home I still needed to go through a tourism paper and draft a suitable reply, along with papers that will be going before Tynwald next week.

Late on Wednesday afternoon the announcement was made that Isle of Man meat will now be sold in Tesco once again, which is fantastic news.

I know my colleague Tim Baker, MHK and his colleagues on the Isle of Man Meats Board together with the Meat Plant Management team and staff etc have done an amazing job over the past couple of years. The future of Isle of Man Meats certainly looks to be in excellent shape at the moment, we just need to support our farmers by buying local meat wherever possible.

A slight change of pace on Thursday morning as I took the opportunity to head out for a walk first thing.

The walk is only around 5 miles which I can normally do in about an hour, and I feel it is important that I adjust my lifestyle, especially in trying to do a little more exercise.

Back home, showered and changed before starting to respond to a few emails and then going to the Manx Blind Welfare Coffee Morning, which was extremely busy.

Finally got into the office for midday and other than running into town to pick something up, it was straight into the Tynwald Order Paper ahead of next week’s sitting.

I then headed over to DfE for a tourism meeting as we reviewed the number of events being held on the island during 2020. I think there are some fantastic events scheduled over the next 12 months, many of them are not weather dependent and will be held just outside the peak summer season, which will certainly help extend our tourism season.

I left the office at 16.15 in order to get home and changed ahead of the Isle of Man Newspapers Awards for Excellence, which is always a very special night to celebrate and recognise achievements across a broad section of our Community.

The evening always starts with a reception and dinner before everyone gathers at the Villa Marina for the awards ceremony, and this year Julia Bradbury from BBC’s Countryfile was the guest compère.

We also had a surprise performance from Manx Royalty in the form of Sam Barks who sang “On my Own” from Les Miserables, along with entertainment from Jersey Beyond.

Congratulations to all the winners and finalists on a wonderful evening.

Friday was a day at home working my way through the Tynwald Order Paper, which is a relatively light agenda paper this month, but I still expect a few debates during the sitting.

On Friday evening I attended the 2nd Onchan Scouts Awards evening, which is always a wonderful Community event to attend.

The 2nd Onchan Scouts do an amazing job and it is a privilege to attend the awards. Congratulations to all the nominee and winners.

As for the weekend, I have my political surgery at the Community Hub on Saturday between 10am and 11.30am.