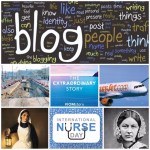 With the Coronavirus (Covid-19) pandemic continuing to dominate the news headlines at the moment, it seems fitting that we took a moment on Tuesday to celebrate International Nurses Day on the anniversary of the birth of Florence Nightingale, the founder of modern nursing.

It is one of those topics that I studied at school and I am surprised that I can still remember most of the stories during the cold winter months at Ramsey Grammar School. Florence Nightingale was born in Florence, Tuscany – strange but true – on 12th May 1820 and it was during the Crimean War that Florence came to prominence organising the care for soldiers wounded in battle, which also earned her the title of “the Lady with the Lamp”.

If nothing else Covid-19 is a stark reminder to us all of the vital role that our nurses and other health workers have played throughout this pandemic, and I certainly hope that there is a service of remembrance once the island returns back to some form of normality.

The total number of deaths from Covid-19 is almost 295,000 across the world, but fortunately the number of cases and deaths relating to the Covid-19 is now reducing.

More on the latest Isle of Man figures in a moment.

As for last weekend, I had originally scheduled to hold a virtual political surgery last Saturday morning but the two appointments scheduled had cancelled, which meant I was able to get into the garden for a few hours. On Sunday Ellen and I had planned to head out for a walk that would have taken in part of the mountain, but due to the high winds we had to put that idea on hold.

As for the rest of my week, on Monday, we headed out along the promenade before I went into the office for a few hours to start preparing for various sittings of Tynwald and the House of Keys being held over the next couple of weeks.

With a couple of hours to spare on Monday morning I took the opportunity to look again at the island’s “Open Skies” policy, which has been mentioned by a couple of Ministers over the past week or so.

With Covid-19 affecting so many regional airlines, I do seriously wonder who will be able to service key Isle of Man routes such as Manchester, Liverpool, London, Gatwick, along with possibly looking again at introducing more regular routes to Belfast, Dublin, Scotland and possibly into Europe.

It is definitely one of those topics that will come to the forefront in the weeks and months to follow as the island settles into the new “normal” post Covid-19.

Back home just after 11am in order to go through the Home Affairs agenda pack, along with catching up with various correspondence and phone calls.

At 12 noon we had the usual weekly briefing for Tynwald Members, and this week the presentation was given by the DEFA Minister, Geoffrey Boot, MHK who updated Members on some of the difficulties that his department has had to overcome as a result of Covid-19, along with outlining some of their future plans post Covid-19.

I left the meeting with a few concerns over planning, especially around telecommunication orders that are being granted under Permitted Development Orders.

From there it is was straight into the Home Affairs meeting which was again relatively straightforward and finished just before 15.00. This gave me time to submit a tree felling application along with supporting documents and photos etc., which is definitely one of those jobs that I have been wanting to do for a few weeks.

At 15.30 there was an Economic Policy and Priorities meeting between DfE and Treasury members, in order to go through the data and information received back from industry, agencies and Tynwald Members.

Still a lot of work to be undertaken by DfE and Treasury to turn these ideas into solid policies that create the environment that businesses and the community will need as we head into 2021.

As for Tuesday I was at the kitchen table for 8am in order to get through the DfE order paper, which took an hour or so. I then had to turn my attention to the Tynwald Order Paper that had a number of motions being tabled under the Emergency Powers Act 1936.

I also had a considerable amount of reading to catch up with throughout the day.

Over lunchtime I also started to get a number of emails and calls from Constituents that were against the Government’s decision not to run the horse tram corridor beyond the War Memorial at the Sea Terminal, which has taken most people by surprise.

At 14.15 we logged into this week’s virtual Tynwald sitting, which started with several emergency questions, including one particular question on the promenade works and the horse trams, which generated a considerable amount of questions.

As the political member responsible for tourism I definitely want the work on the promenade completed as quickly as possible, but also to a standard that the Isle of Man can be proud of for many many years to come. Unfortunately, I feel the statement and supplementary information given to Tynwald members by the DOI Minister, Ray Harmer, MHK on Tuesday afternoon simply did not stand up to further scrutiny in the Court.

As I said in Tynwald the DOI Minister appears to be using Covid-19 as a convenient exit strategy to reduce overall costs that were increasing by the day and a completion date that was unachievable even before the Covid-19 pandemic hit the Isle of Man.

I also sit on the political board with overview of the promenade works, but I am left with so many questions and unfortunately I will have to wait until 8th June 2020, in order to get some answers to those announcements made by the DOI Minister this week.

The Tynwald sitting finished just after 18.00.

Wednesday started with Ellen and I heading out for a short walk but I was able to start work from around 8am with a quick catch up with correspondence and a couple of phone calls.

I then dialled into a DfE political meeting with the Minister before the actual Department meeting got underway at 10am with the usual agency updates, which lasted more than 90 minutes.

This was followed by the Department meeting that had several tourism and motor sport papers for the consideration.

The Department meeting finished just after 12.45 and with the Public Accounts Committee meeting cancelled in the afternoon, I was able to take a couple of hours off work before having to catch up with correspondence and phone calls, finishing at around 18.00.

On the Thursday I was at the kitchen table once again for 8.15am after a quick walk and calling into the office to print off various papers. First job was to review some tourism papers relating to “Homestay”, which is such a vital part of the TT, Classic TT and the MGP these days.

I also had to review a very difficult funding paper for the tourism sector ahead of the meeting late on in the day, which included a quick meeting with DfE officers.

At 10am there was a meeting of the Select Committee of Tynwald looking into the Fireworks Act 2004 as the committee members start to look towards drafting the report. The meeting lasted a couple of hours as we went through oral evidence sessions and any additional correspondence.

I had to leave the meeting slightly early, in order to chair a tourism meeting involving DfE officers and the Chair of the Visit Agency as we looked at various financial support schemes that the serviced and non-serviced sector might require over the next few months.

The meeting lasted over an hour and from there I still needed to return a large number of calls from constituents before joining the latest DHSC briefing to Tynwald members that got underway at 14.00.

Another excellent briefing with the Health Minister and CEO as we obtained the latest update on Covid-19, along with giving Tynwald Members an opportunity to ask multiple questions.

The briefing lasted around 90 minutes and from there it was straight into an Isle of Man Visit Agency meeting, which gave everyone an opportunity to have a general catch up and to ask questions.

A change of pace on Friday morning as I was able to prepare for the House of Keys sitting and any outstanding correspondence. I was also able to spend some time to catch up with reading and a few personal chores.

I also spent an hour or so on the phone, but I was able to dial into the Public Accounts Committee (PAC) evidence session with the Treasury Minister, Alf Cannan, MHK that got underway at 11am.

Again, I had to exclude myself from the evidence session as the DfE and Treasury officers and political members continue to focus closely on a number of business and finance schemes, but it was good to tune in and listen to the evidence given.

At 12.30 there was a PAC meeting as the Committee look towards the next couple of evidence sessions, which took around 90 mins.

Just a few minutes to return a couple of calls before logging into the virtual House of Keys sitting that got underway with 10 oral questions and 8 written questions.

We then had the Second Readings of the Divorce, Dissolution and Separation (Isle of Man) Bill 2020, Elections (Keys and Local Authorities) Bill 2020 and the Road Traffic Legislation (Amendment) Bill 2020.

Next was consideration of the Legislative Council amendments to the Domestic Abuse Bill 2019 and three MHKs were elected for a conference with MLCs to discuss certain amendments further.

Thereafter we considered the Clause stages of the Bank (Resolution and Recovery) Bill 2020 and the Registration of Electors Bill, before the sitting finished at 18.15.

The week ended with the terrible news that another island resident had died from Covid-19.

This brought the total of 18 deaths in the community and 6 in hospital.

The total number of confirmed cases on the island now stands at 334.

As for the weekend, both Ellen and I are hoping to head for a walk in the countryside at some point, but I do need to catch up with those projects that are still being ignored, along with some gardening – subject to the weather.