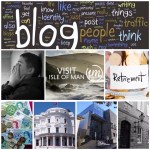 There was one item of news that has gone slightly under the radar in the last couple of weeks, which relates to MHKs’ / MLCs’ pay – a subject that comes up every couple of years and remains a thorny issue….

At the end of May it was confirmed that an independent panel has been chosen to review Manx politicians’ salaries and to report back to parliament with recommendations for a new pay structure.

In the last 12 months I have visited both Guernsey and Jersey Parliaments and have taken the opportunity to discuss at length pay and conditions, along with any pension provisions, secretarial support and office facilities being provided to my political colleagues in the Channel Islands, and this has enabled me to compare the information against what Tynwald members currently receive.

The basic salary for MHKs and MLCs on the Isle of Man is currently £43,479 per annum (from 1st April 2019), along with additional payments for certain office-holders which can range from 10% up to 80%, and these amounts are based on the basic salary figure.

All of this information is in the public domain but I enclose a link for ease of reference.

MHKs and MLCs also receive £7,403.60, paid in monthly instalments, to cover any annual expenses incurred, but I personally don’t believe this amount should be considered as salary in any way.

I know some people don’t agree with my own list of expenses, which I publish in September each year, but this amount is given to Tynwald Members tax free and no receipts are required.

Therefore, it is up to each MHK or MLC independently to justify those expenses and how they are spent, which I try to do in September as a manifesto promise.

Still on the subject of expenses, I believe MLCs should either not receive expenses in the future or else the amount being paid should be significantly less than the amount paid to MHKs, as I don’t believe they incur the same expenses as MHKs when carrying out constituency work.

That said, even MHKs’ expenses could be reduced or taxed in the future.

So how does Tynwald compare to the Channel Islands….?

In Jersey the basic pay for parliamentary members is around £47,000 but there are no expenses or uplifts. So the Chief Minister in Jersey earns the same as a backbench member despite a clear difference in their workload.

In Guernsey the basic pay is around £36,000 with no expenses, but Members do receive an uplift as President (Minister) of each Committee (Department) etc.

The Manx Parliament has evolved significantly over the last 15 years and almost all MHKs now consider their role to be full time, unlike Jersey and Guernsey where some members still have other business interests, especially in Guernsey.

Personally, I feel MHKs’ basic pay is fair compared to our counterparts in Jersey and Guernsey, but I feel that MHKs’ expenses could be reduced as I have mentioned, along with some of the uplifts currently being received for certain posts.

Looking at the three Parliaments more closely, I genuinely believe that Tynwald does have a cross section of our Community represented. I am not talking about gender but overall life experience and business skills etc.

I know both Jersey and Guernsey view the Manx Parliament structure positively, and it is more likely that their members will receive similar pay and conditions as Tynwald members in the future.

It is a very interesting topic and I am looking forward to seeing the recommendations, which have to be cost neutral….

Anyway, let’s get back to this week’s activities – in the office for 8am on Monday after spending most of last week up at the Grandstand with the TT Festival, which was challenging but enjoyable for everyone involved.

After some appalling weather during the TT Festival, the Isle of Man actually enjoyed some fantastic weather last weekend, which gave Ellen and me an opportunity to get in the garden for a few hours to do some much needed tidying up.

This meant that despite dealing with any urgent correspondence last week, on Monday morning I still had a large number of e-mails and a mountain of reading to get through before the end of the week.

Just before 10am on Monday I drove into Onchan to see a Constituent who needed some advice regarding their current business lease, and although I am not able to give legal advice I was able to offer some general advice and support to a very good friend.

Straight back into the office at 11am to attend a further meeting with Chris Sully, the new MD of Manx Radio.

Unfortunately, I had to leave that meeting slightly early, in order to send some correspondence before going up to the Barrool Suite for a Climate Change Workshop, which was organised by the DEFA Minister.

Once the workshop had finished, there was a presentation by Dr. Henrietta Ewart, Director of Public Health, on the principles of 5G, which is also generating some news at the moment.

At 14.00 I drove up to Manx Radio to do a couple of interviews on my questions that were being tabled in the House of Keys on Tuesday.

The last couple of hours were spent in the office before getting home for around 17.30.

With the good weather continuing, Ellen and I took the opportunity to head out for a walk before tea.

Back in the office for 8am on Tuesday for the first sitting of the House of Keys for a couple of weeks, and it was straight into preparing a couple of questions and responding to various correspondence.

This week’s sitting started with 12 oral questions and 19 written questions. I had a couple of oral questions on the Energy from Waste Plant, the new Energy Efficiency Scheme offered by DEFA and the 1995 Licensing Act.

The sitting lasted just over an hour and the next couple of hours were spent in the office catching up with various things.

At 13.30 there was a training session for Tynwald Members entitled “Legislating for Legislators”, which was very interesting and helpful.

I also had to leave that meeting slightly early as I had agreed to an MTTV interview on the TT Festival at 15.45.

Back to the office for the last hour before heading home and out for a walk again.

After tea I still needed to go through the DfE & PAC agenda packs, along with a few other things before finishing at around 21.00.

Normal 8am start on Wednesday and straight into reading a funding paper, which had gone to Treasury for consideration.

Just after 9am I had a briefing with the DfE Minister before walking back over to central Government and up to Treasury with Mark Lewin, CEO of DfE, Ranald Caldwell, Chairman of the Visit Agency and Laura from the marketing team, in order to go through the agency’s marketing initiative fund request.

A very difficult meeting as we were requesting additional funds to help promote and market the Isle of Man to a wider audience. We spend just around £170,000 to market the Isle of Man, which compared to other jurisdictions such as Jersey and Guernsey just isn’t enough, when there is so much choice out there.

Back to DfE for agency updates from the Chairs before going through any Tynwald business, items for discussion, items for noting, etc.

The meeting finished at 13.00, which left me some time to grab some lunch before attending the PAC Meeting, which started at 14.00, and the meeting lasted around 2 hours.

The final hour or so was spent in the office catching up with correspondence and a couple of Constituent issues before leaving at 17.15.

Once home I still needed to draft a couple of urgent items of correspondence before finishing at around 19.00.

Although I had no meetings or briefings on Thursday until 15.00 I still went into the office for 8am in order to get through a mountain of reading.

The first task was go though my MNH agenda pack ahead of a meeting schedule for the afternoon, along with going through the Environment and Infrastructure Policy Review Committee pack, which ran into a few hundred pages.

I had just finished reviewing the Environment and Infrastructure paperwork when I was asked as the Chairman to cancel our meeting scheduled for Friday morning – I couldn’t refuse such a polite request, but if only I could have gone back two hours…..!

I took the opportunity to send out several letters to constituents relating to overgrown trees, which is a common theme as I have a number of this type of enquiry ongoing moment.

I also managed to clear out my inbox, tidy my office along with dealing with a couple of other Constituency issues.

Before I realised it was 14.45 and time to walk over to the Manx Museum for the trustee meeting, which lasted around three hours.

Back to the office at 18.00, which gave me an opportunity to draft some correspondence in response to a letter I received from a Constituent who was upset with a particular post I put on facebook during the TT Festival.

At 19.00 Ellen collected me from the office and we both went to a reception being hosted by Bishop Peter Eagles, which was a very pleasant evening.

Friday turned into a quiet day but I still went into the office for 8am and it was straight into preparing for next week’s Tynwald sitting, which only took a couple of hours.

I then took the opportunity to go through the Select Committee on Accommodation for Vulnerable Young People once again before starting to draft a few speech notes.

The Committee was chaired by my colleague Tim Baker, MHK including Kerry Sharpe, MLC and myself, and the Committee has tabled its report and 21 recommendations for consideration by Tynwald in October.

Hopefully the Council of Ministers will fully support all of the recommendations from the Committee, which could potentially improve the quality of life for those leaving care or living with autism.

As a society we need to give young adults the very best start in life, not just with accommodation but through lifelong education and training.

Although the report runs into 294 pages, the actual contents of the Committee’s report can be found in the first 55 pages.

I enclose a link to the report.

Just after 12.30pm Julie Edge, MHK and I had a meeting with a Constituent relating to the increase in state pensionable age.

Unfortunately, the Constituent’s pensionable age has moved from May 2019 to January 2020, which is disappointing but there is very little we can do as it relates to legislation that was passed in 2011, 2014 and 2016.

I was able to take a couple of hours off in the afternoon to catch up with a few personal jobs before returning to the office at 15.30 to finish off some work.

As for the weekend, I have my monthly political surgery on Saturday morning and I will be joined by the Manx Credit Union: 10am to 11.30am at the Community Hub, no appointment needed.

Once the surgery is over I have two or three Constituent meetings.